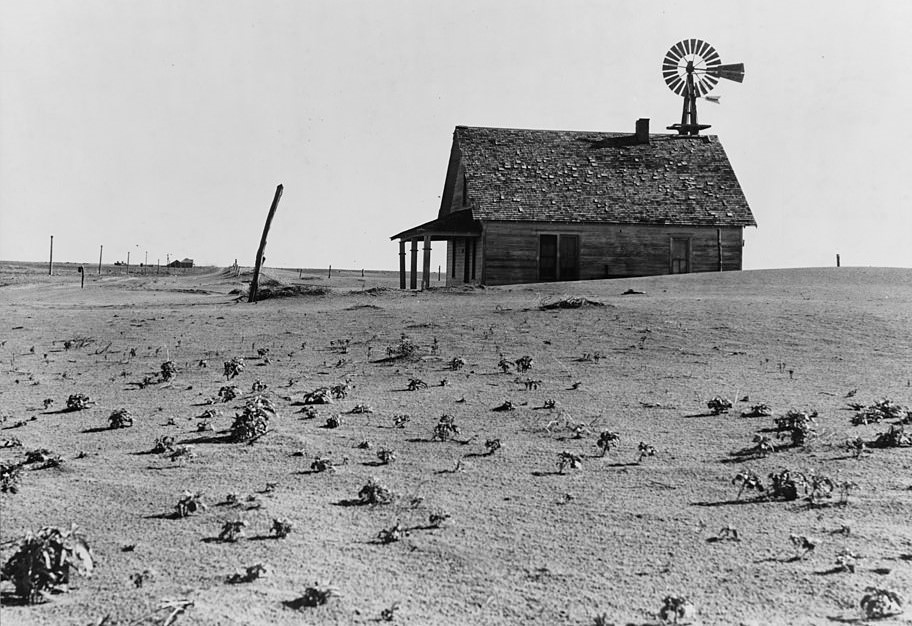 Industrial farming practices like monocropping and tilling are stripping our soils of vital nutrients and structure, making it increasingly difficult to grow healthy crops. Regenerative agriculture practices, a callback to heritage farming, can help restore the soil.

Unfortunately, current industrial farming practices in the United States are turning once-fertile soil into now-useless dirt. It’s a problem that’s been growing worse and worse for decades, and we’re reaching a tipping point. For U.S. agriculture to deviate from the unsustainable path that it’s on, we need to trade industrialized farming practices for heritage ones. It’s time to start turning dirt back into soil.

Industrial farming is a practice that’s rooted in efficiency. The farmer’s goal is to maximize crop yield, and it often happens at the expense of the soil. Monocropping is the most egregious practice, which sees one specific cash crop planted in bulk — soybeans, wheat, or corn. The successive planting of these same crops year over year depletes the nutrient profile of the soil, eroding its ability to nourish new crops.

A host of other problems abound from monocropping. Weaker crop yields over successive years leave fields susceptible to blight, which forces farmers to use nitrate-heavy soil supplements (nitrogen, phosphorus, and potassium) to encourage better growth. This, unfortunately, kills off vital microbes and fungi that can’t survive in acidified soil. To make matters worse, the soil is also treated with pesticides, fungicides, and herbicides, which further pollute and unbalance the natural microbiome.

All this is made worse by tilling — the practice of turning soil for mass planting. Tilling breaks up the soil structure, turning healthy topsoil into dirt. It’s a practice that was partially responsible for the Dust Bowl of the 1930s. The loose, sandy nature of tilled soil is easily windswept and eroded, leaving fields even more depleted.

The unfortunate reality is that these practices are common on a significant portion of America’s 900 million acres of industrialized farmland and have been for decades. We’re now beginning to realize the effects of these practices in the form of depleted fields, huge crop failures, and rising farm subsidies.

Like all manmade ecological disasters, we’re hopelessly behind on remedying the effects of industrialized farming. Unlike many such disasters, however, there’s an opportunity to salvage the situation. But we need to act now in adopting regenerative agriculture.

Regenerative agriculture practices, simply stated, are a callback to heritage farming: treat the land with respect and allow nature to rejuvenate itself through sustainable means. First and foremost, regenerative agriculture means rotational cropping and integrated cropping. For example, planting hardy root and bulb plants such as garlic or onions alongside more traditional crops can help rebalance the nutrient profile of the soil. This consistent variety of crops restores the soil; it’s also a more efficient use of land.

Perhaps the most important industrialized practice to abandon is tillage. Resisting the urge to till the earth allows the soil to reform its structure, to better support a nutrient-dense profile and moisture retention, and to anchor plants and roots more effectively. This no-till practice is further aided by cover-cropping and natural fertilization, which protect the soil from erosion, wind, and intense UV exposure. The result is nourished soil that’s ready to reciprocate this nourishment to the crops planted in it.

The culmination of these regenerative farming practices is a restoration of the soil — specifically the microbiome of nutrients, fungi, insects, and other microorganisms that work together to support healthy, prolific plant growth.

It takes a commitment to regenerative agriculture

By conservative estimates, it takes roughly 500 years for the Earth to regenerate one inch of topsoil. To say a return to heritage farming practices is overdue is an understatement. Thankfully, it’s not too late to mitigate and reverse the damage. But it requires a commitment to heritage practices that may not yield noticeable results for years.

No multi-generation farmer wants to be the one to change practices and see their farm suffer, but the fact is, reliance on the current standards leads to failure in due course. Now’s the time to pivot, commit, and persevere so the next generation of croppers can harvest bountiful, healthy crops decades from now.

After 20 years working in the biotech and pharmaceutical medicine areas, Jennifer Maynard shifted her focus to “food as medicine.” She is the founder of Greater Greens, a regenerative organic farm, and co-founder of Nutrition for Longevity, a farm-to-fork meal kitting company that brings nutritionally tailored meals to the masses direct from her farm.