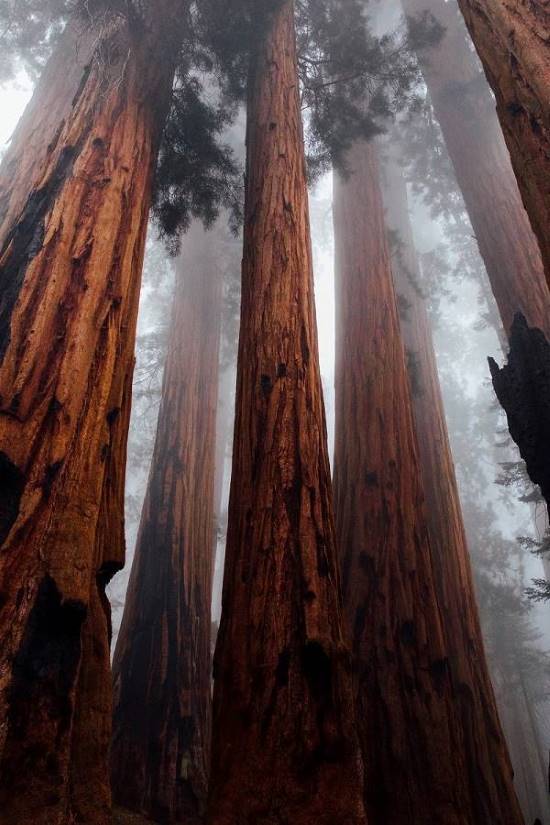 Worth More Standing — The Value of Old Growth Forests

Tree-sitting as an act of protest is much older – and more current – than Julia Butterfly Hill’s successful two-year occupation of a 600-year-old tree in Humboldt County, California. In the 1970s, the first tree-sitters saved the forest that became Pureora National Park in New Zealand. And for the past year in British Columbia on First Nation territory, nearly 500 people have been arrested while protesting to protect Fairy Creek, where some of Canada’s last remaining ancient forests grow.

What Is Old Growth Forest?

After Hill’s victory, most Americans believed the question of old-growth protection was settled. But the reality is much more complicated. In large part that is because there is no universally agreed-upon definition for “old growth.” The term originated in the 1970s among researchers to describe complex, biodiverse forests at least 150 years old. The province of British Columbia, Canada, defines old growth variably. Coastal forests are old growth if they contain trees that are more than 250 years old, while forests in B.C.’s interior forests need only be 140 years old. Many environmentalists mean any forest that has never been logged when they refer to old growth forest.

In the U.S. there is a rule protecting trees over 21 inches in diameter in six national forests where most American old growth trees exist. The Northwest Forest Plan of 1994 set aside most of the region’s remaining old growth as habitat for the endangered spotted owl. The Old-Growth Forest Network works to locate and designate at least one protected forest in every county in the United States that can sustain a native forest. USDA recently announced an end to large-scale timber sales in Alaska’s Tongass National Forest, canceling the planned logging of 15,750 acres of Forest Service land. They also moved to restore the Roadless Rule that was stripped by Trump’s administration in 2020. But many owl-less public and privately-owned forests throughout the country allow logging regardless of tree size or age.

In Canada, the protections are even weaker. Nearly a third of British Columbia’s annual timber harvest is old growth wood, and nearly 20% of the forestland designated for logging is old growth. On Vancouver Island, only one-sixth of the roughly 3,000-acre Fairy Creek watershed has been deemed harvestable and Teal Jones, the company that holds the logging license, has declared that it only has plans to harvest about 20 hectares (about 50 acres) of that. Ancient Forest Alliance surveyed the trees within the area believed to be slated for harvest and discovered a yellow cedar with a 9.5-foot diameter – making it one of the 10 largest in Canada. Many of the yellow cedars in the Fairy Creek watershed are 1,000 years old.

The Value of Old Growth

Many in the timber industry point to the economic importance of old growth timber. Canadian lumber exports in 2020 were valued at $33 billion Canadian dollars (US$26 billion). Forestry is less crucial to the U.S.’ economy, at $15 billion, and is less tied to native forests; more than half of U.S. timber comes from young forests in the South. But the timber industry’s impact and the demand for old-growth species like cedar and redwood are significant. Old growth lumber is more desirable: Old growth yields more timber per acre and produces better quality wood.

But economic arguments must be driven by numbers. There simply is not enough old growth forest left to support commercial logging until the oldest second growth reaches its size. The industry inevitably must transition to harvesting only planted forests; the only question is whether they will do so before or after logging all the oldest trees.

Intact old growth forests are also more valuable than plantations and even younger native forests. Forests are full of hidden dangers and horrifying creatures in European storytelling traditions. But the old growth forests of the Americas have tremendous cultural importance to indigenous peoples who sustainably managed them for centuries. Intact forests provided mushrooms and other foods, as well as clothing and building materials.

Old growth forests also house tremendous biodiversity. Tropical rainforests are the most biodiverse habitats in the world. Even temperate old growth forests house significant biodiversity. They house important food species like salmon; megafauna like bear and elk; endangered animals like the spotted owl; and unique plants. Many of the species found in old forests are endemic – they cannot survive anywhere else – not even in plantations of the same tree species.

Forested lands provide innumerable ecosystem services, such as managing hydrological regimes; protecting water quality; preventing erosion and landslides; and removing pollutants from the air. Old growth forests may be even more important in climate regulation than reforestation. Old growth trees are more resilient than younger forests to drought and wildfires, which are becoming more frequent and severe with climate change. It was once believed that only young forests accumulated carbon while old forests merely stored it. Scientists now know that old growth forests continue to actively sequester carbon both in their trees and in the soil.

Space may be the final frontier, but Earth still holds a lot of mysteries. Old forests are more accessible than outer space or even the deep sea. But we don’t really understand them much better. Scientists are just beginning to study the complex underground interactions among tree and plant roots, mycorrhizal fungi, and other soil fauna. Many plant species and their potential uses remain undiscovered or unstudied. Not only do these species and interactions hold promise for increasing forest timber yields, but also for new medical treatments as well as foods, commercial products, and even engineering advances through biomimicry.

Scientists are also beginning to recognize that the health benefits of forests extend beyond potentially undiscovered pharmaceuticals. From camping to forest bathing, recreational time spent in nature has direct health benefits. Scientists are constantly making new discoveries about old growth forests. Once lost, it may be impossible to ever replace them. Whatever undiscovered benefits old growth forests hold will be lost forever for about $1,000 per centuries-old tree.

This article was originally published on August 9, 2021.