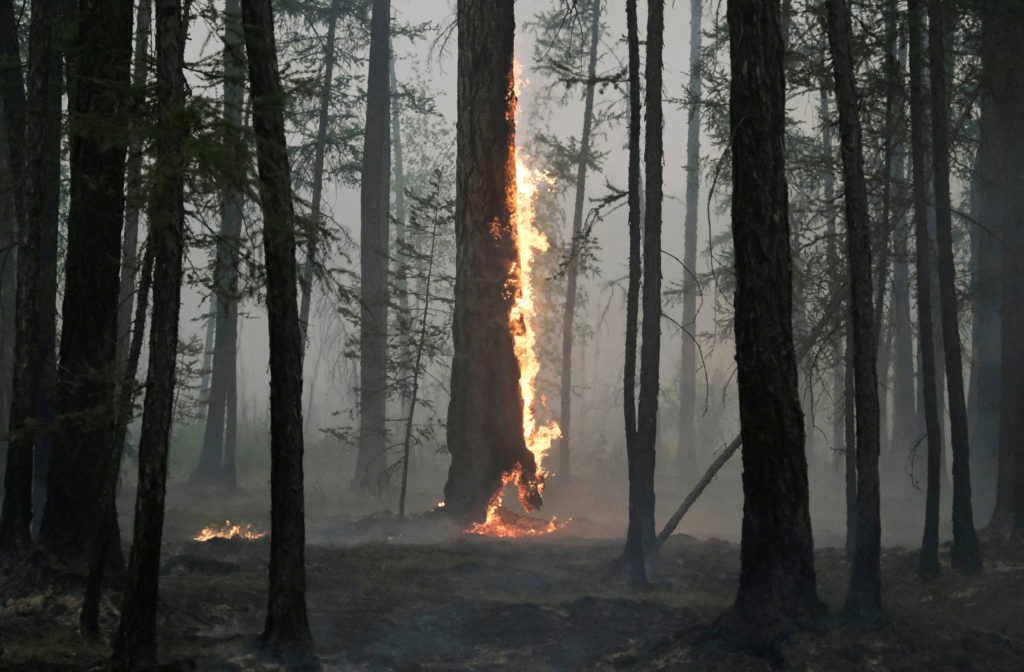 Globally, an area of forest the size of Wyoming succumbed to fires, logging, or other destructive forces last year, according to new report from Global Forest Watch, a project backed by the World Resources Institute.

Losses in 2021 were about the same as in 2020, with close to 98,000 square miles of forest destroyed, according to the report, which drew on data from the University of Maryland. Forests in Canada, Alaska, and, in particular, Russia accounted for the bulk of the loss, with hotter, drier conditions setting the stage for record-setting wildfires in Siberia last year

In the tropics, expanding farmland was the primary driver of deforestation. The world lost more than 14,000 square miles of old-growth tropical forests last year, or roughly 10 soccer fields every minute, with the bulk of the losses in Brazil. Carbon emissions from the destruction of tropical forests roughly equaled India’s fossil fuel emissions. While deforestation in the tropics was lower in 2021 than in 2021 due to wetter weather limiting fires, analysts see no overall downward trend in tropical forest loss.

Persistently high levels of deforestation pose a challenge to major nations — including Russia, Brazil, Canada, and the United States — which have pledged to halt deforestation by 2030. One bright spot, however, is Indonesia, where the rate of old-growth forest loss declined for the fifth straight year.

“Though forest loss will need to decline much faster to meet 2030 zero-deforestation targets, there are reasons for hope,” Global Forest Watch said in a blog post. “Indonesia’s rapid decrease in primary forest loss should be celebrated as a massive achievement that didn’t seem likely just five years ago.”

Will Russia’s Forests Be an Asset or an Obstacle in Climate Fight?