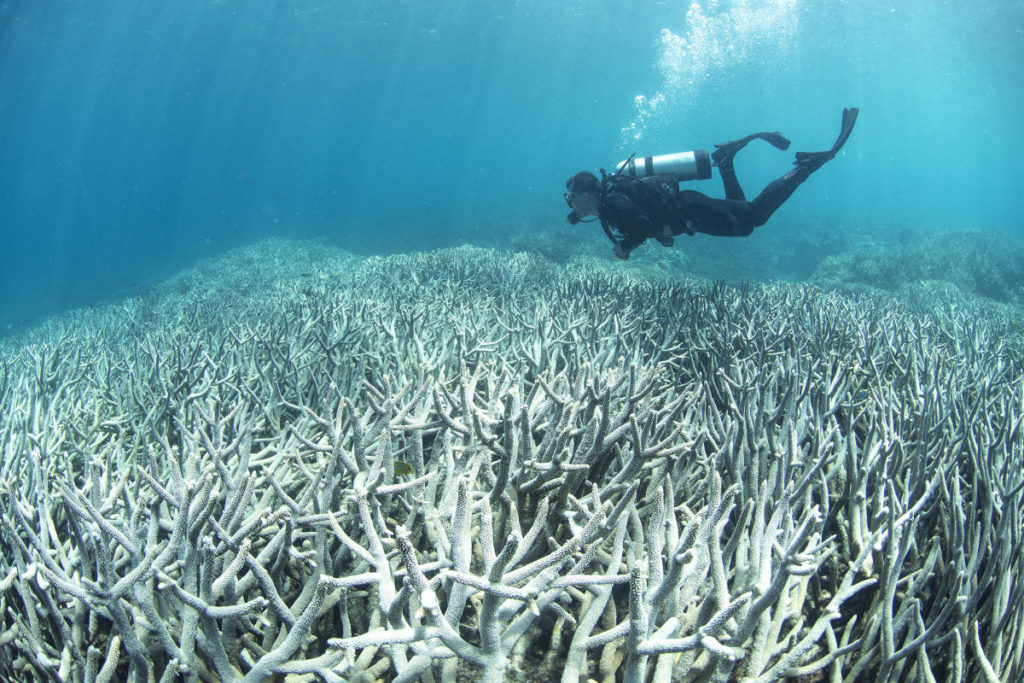 With Record Heat Bearing Down on the Great Barrier Reef, Morrison Promises $1 Billion for Protection

From mid-November to mid-December, 80 percent of the Great Barrier Reef saw record-high water temperatures, according to an analysis from NOAA, which has tracked temperatures in the reef since 1985, The Guardian reported. The reef has previously endured mass bleaching events in 1998, 2002, 2016, 2017, and 2020, all of which were unusually warm years. December’s extreme water temperatures suggest another bleaching event could be coming this year.

“There’s never been heat stress like that in our records,” said William Skirving, a research scientist with NOAA’s Coral Reef Watch. “Being a scientist in this field in this day and age is sometimes a bit nightmarish. Sometimes I wish I knew a little bit less.”

With an eye toward preserving the reef and addressing concerns among voters, Morrison announced Friday that if his government is reelected in May, it will put $1 billion toward projects that curb pollution, illegal fishing, and the spread of coral-eating starfish, while also investing in resilience research and habitat restoration.

“We are backing the health of the reef and the economic future of tourism operators, hospitality providers, and Queensland communities that are at the heart of the reef economy,” Morrison said in a statement.

The announcement comes just days ahead of a UNESCO reporting deadline, for which Australia must detail its plans to protect the Great Barrier Reef. This summer UNESCO will determine whether the reef belongs on its “in danger” list, a designation that Morrison has been studiously working to avoid. Last year, UNESCO declined to list the reef as “in danger” after an intense lobbying effort from Australia’s conservativegovernment, which sought to protect tourism and avoid political fallout over the reef, Reuters reported.

Morrison drew fire for his new promise to increase funding, given his history with UNESCO and his track record of doing little to address climate changef. At the recent UN climate talks, Australia was among the few countries that did not agree to phase out coal power.

“It’s astounding that the Morrison Government plans to allocate so much money to the Reef while ignoring the number one driver of its decline — climate change caused by burning fossil fuels,” Martin Zavan, climate impacts campaigner at Greenpeace Australia Pacific, said in a statement. “A marine heatwave is causing coral bleaching in parts of the Reef right now. If a mass bleaching event is declared it would be the fourth in six years when these events previously happened once in a generation.”