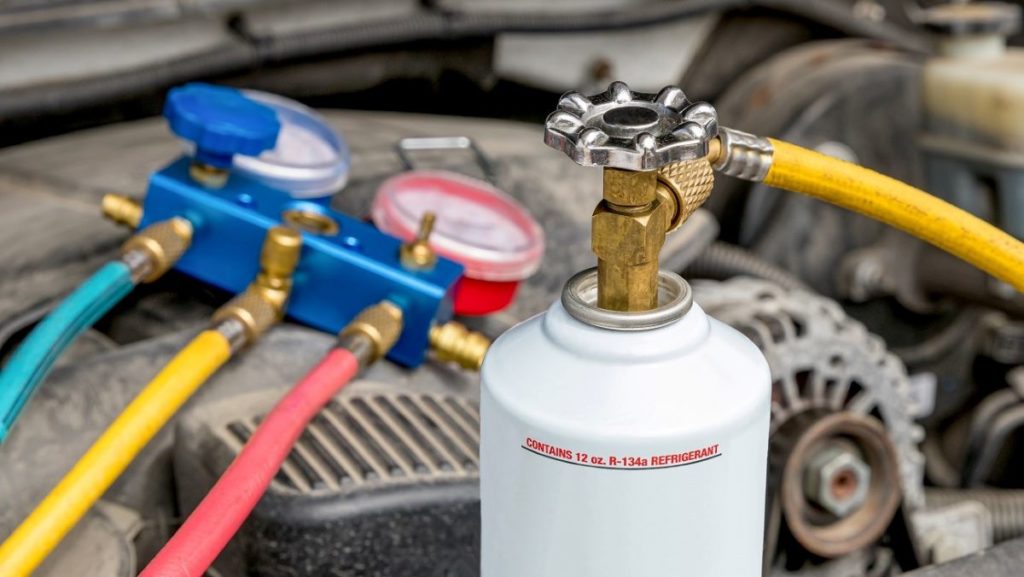 What You Should Know About Chlorinated Fluorocarbons Home is supposed to be a safe haven. But if your home contains dangerous and toxic materials, it could be a threat to your health and the planet’s. The Red List is a list of “worst in class” materials, chemicals, and elements the green building industry tries to avoid. Some of these, like asbestos, are well-known, even to people outside of the construction industry. Human-made materials we refer to by their chemical name, like chlorinated fluorocarbons, may be less familiar to you. But they can be just as harmful. Knowing about these materials and which products contain them can help you make greener choices at home that make the whole world a better place to live.

There are two main classes of chlorinated fluorocarbon that appear on the Red List: chlorofluorocarbons and hydrochlorofluorocarbons. Both names are a mouthful. So, they are usually referred to more simply as CFCs and HFCs (or sometimes HCFCs), respectively. Once widely used in a variety of products, CFCs were phased out by the Montreal Protocol after it became apparent that they were responsible for the depletion of the ozone layer. HFCs, which are far less harmful to ozone, replaced them in most products. But HFCs still have ozone-depleting potential. The U.S. Environmental Protection Agency is targeting HFCs for gradual phaseout by 2030. Neither CFCs nor HFCs occur naturally, and both types are potent greenhouse gases contributing to climate change with global warming potentials (GWP) measured in thousands (compared to CO2 with a GWP of 1).

Ozone depletion is responsible for an increased incidence of skin cancer, cataracts, impairment of human immune systems, and damage to wildlife. Ranging from increased natural disasters that create climate refugees to ocean acidification, the consequences of climate change are so numerous and severe they beggar belief.

Despite the planned phaseout, a surprising number of household items still contain HFCs. Eliminating HFCs the way we eliminated CFCs a generation ago could prevent as much as 0.5 degrees Celsius of warming over the next century, achieving one-third of the goals of the Paris Climate Agreement.

In the home, the most important HFC is used as a refrigerant and found in, you guessed it, the refrigerator. Most refrigerators made before 2021 contain the HFC R-134a. Beginning in 2021, all U.S. refrigerators are made with R-600a, which has 200 times less global warming potential. That certainly increases the appeal of upgrading to a new fridge. But if you do, be sure to recycle your old one properly. Dumping an old refrigerator will eventually release all the refrigerant into the atmosphere. The Responsible Appliance Disposal program has created a searchable map to find service providers who will make sure the HFCs are captured and disposed of safely.

Air conditioners also use HFC refrigerants. The most commonly used refrigerant in air conditioners is the HFC known as R-410A, a greenhouse gas that’s over 2,000 times more potent than carbon dioxide. Technological solutions like 3M film and solid-state thermoelectric air conditioning systems could eliminate the need for HFC refrigerants. But neither option is available for widespread adoption for home cooling yet. Similarly, Global Cooling Prize-winning prototypes that use safer refrigerants won’t be commercially available until 2025. In the meantime, a heat pump/heat exchanger is a better choice than an air conditioner.

Automotive air conditioners are even worse than home air conditioners. Most cars today automatically include an AC unit, and most people would not choose to forego one anyway. Unfortunately, it is not clear that saving the air conditioner for especially hot days reduces the amount of HFC that it leaks. (However, not running the car’s AC can improve gas mileage, thus reducing some climate impact.)

Although lightweight, foams are not gaseous. Yet the HFCs used as blowing agents in the manufacture of foams account for 11% of HFC emissions. As with your car’s AC, there isn’t much you can do to improve the manufacture of foams. But whenever possible, you can choose to purchase other materials. Consider sustainable insulation like cellulose or cotton batting instead of spray foam, avoid memory foam mattresses, and use recyclable paper streamers or confetti instead of silly string at your next birthday party.

HFC 152A is the propellant in aerosol products such as hair spray, antiperspirants, disinfectants, and cleaning products. There are some low GWP aerosols, but nearly all of them still have higher GWP than CO2, the primary greenhouse gas. Whenever possible, it’s better to use a product with a pump spray than an aerosol. Or you can switch to a different application method (such as a solid deodorant instead of a spray).

This site uses User Verification plugin to reduce spam. See how your comment data is processed.
A family history of diabetes.