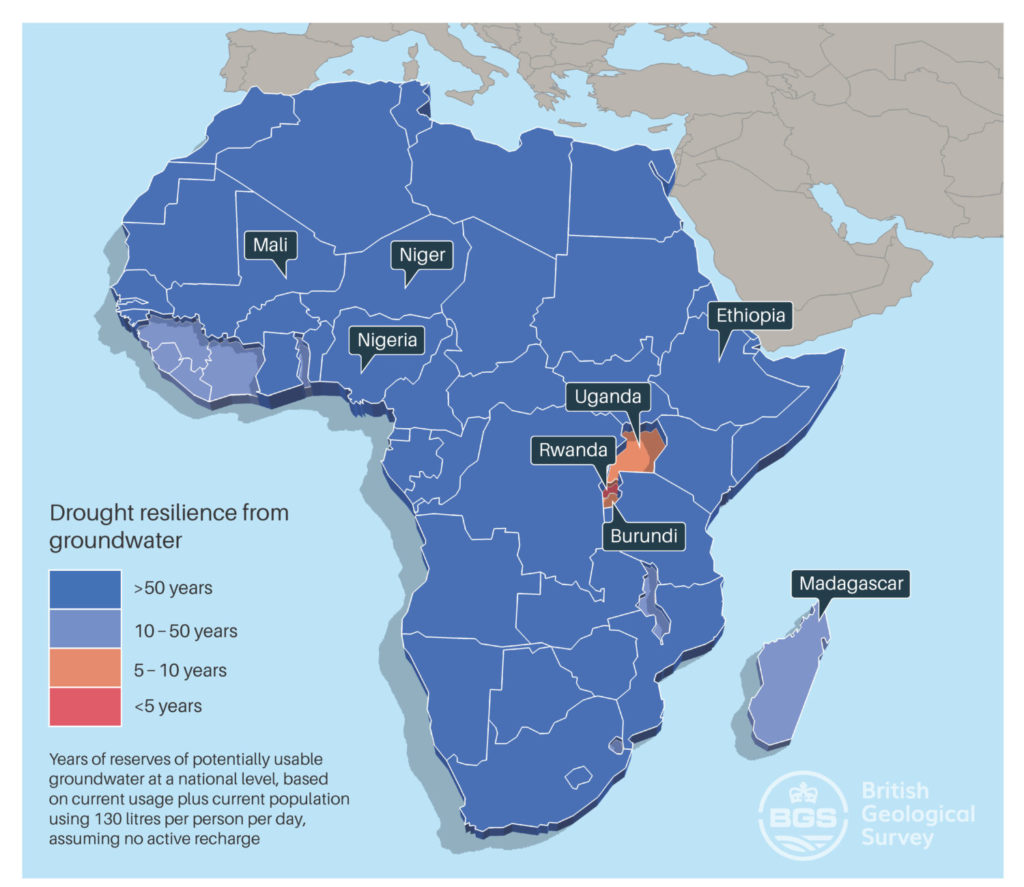 Largely untapped groundwater supplies could allow most African countries to endure more than 50 years of drought, according to a new report from WaterAid UK and the British Geological Society.

“There are vast reserves of water right under people’s feet, many of which are replenished every year by rainfall and other surface water, but they can’t access it because services are chronically underfunded,” said Tim Wainwright, head of WaterAid UK.

Groundwater could provide 130 liters of clean drinking water per person per day in every sub-Saharan nation, using less than a quarter of what can be recharged, according to the report, titled, “Groundwater: The world’s neglected defence against climate change.”

The report’s authors say that tapping groundwater could provide a buffer against increasingly sporadic rainfall and drought. Underground aquifers could also supply safe drinking water when floods contaminate water drawn from rivers, lakes, and dams. The report calls on nations to invest more in capturing, treating, and distributing groundwater.

“Groundwater is nature’s water reservoir and a key resource to help the world adapt to climate change,” said Alan MacDonald, groundwater resilience lead at the British Geological Society. “To unlock the great potential of groundwater, we need the right investment in expertise to map groundwater, drill sustainable wells, and find ways to maintain and manage water resources and services.”

As Water Scarcity Increases, Desalination Plants Are on the Rise

This site uses User Verification plugin to reduce spam. See how your comment data is processed.
Mixture with your finger, then push from top to bottom to form the kebab. Know if your child has adhd. Hvad er ipp2 kajakkursus hos karpenhøj naturcenter, syddjurs?.