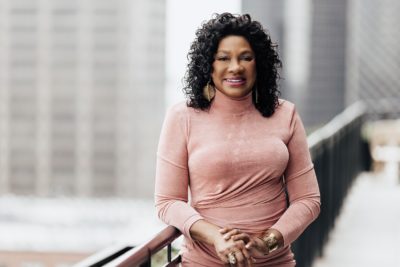 Unequal Impact: Putting Justice at the Heart of the Climate Fight

Beverly Wright has been at the forefront of the environmental justice movement for more than 30 years, both as head of the Deep South Center for Environmental Justice in New Orleans — where she has undertaken groundbreaking research into the disproportionate environmental threats facing Black neighborhoods — and as an advocate, having worked in the 1990s on the first federal executive order dealing with environmental justice.

Now, as a member of the White House Environmental Justice Advisory Council, Wright is bringing her expertise to bear on the Biden administration’s push to tackle climate change. In a Yale Environment 360 interview, she assesses the administration’s efforts, discusses where she thinks its climate policies are falling short, and explains how to ensure that the communities most burdened by pollution and most at risk from natural disasters get the help they need.

Wright, a sociologist, says she is skeptical of policies to support carbon capture and sequestration, which limits carbon emissions from fossil fuel facilities, but does little to curb toxic pollutants afflicting communities nearby. And she is wary of federal grant programs intended to mitigate the risks of climate change that are often too byzantine for underserved communities to navigate.

Wright grew up near “Cancer Alley” — a stretch along the Mississippi River in Louisiana where dozens of petrochemical plants loom over Black communities — and lost her home during Hurricane Katrina. She says that any environmental remedies must not perpetuate existing racial inequities. “Race is at the center of it in terms of fairness,” she says. “We have to find a way to make certain that we make up for the harm that’s been done and put things in place so that harm does not continue.”

Beverly Wright:
Our biggest concern is that the CEQ office is not staffed at the level that it should be. My mother used to say a man’s money goes where his heart is, so if that’s the case, the amount of money going to CEQ to support environmental justice [EJ] does not show where their heart is. I believe the heart is there, but the money has to follow.

You’re looking at environmental justice communities breathing a sigh of relief with the idea of transitioning away from fossil fuels, which in our communities have been an unbelievable burden, with pollution causing quality-of-life issues and sickness and death to community members almost on a daily basis. And then we find out that what they are proposing is to [retrofit] refineries with carbon capture and storage [which captures carbon emissions from fossil fuel sites and stores them underground].

Where is the improvement in quality of life for the communities with that? It certainly is wonderful for the industry because they are able to continue making money. The more [CO2] we have to pull out of the air, the more that industry continues to make money off of something that they created. But the research is showing that burying carbon in the way that they’re talking about, putting it in pipelines, doesn’t stop it from leeching, doesn’t stop explosions.

“The same group of people is being asked to bear the burden of our transition.”

On liquefied natural gas, the majority of the places where they want to put liquefied gas facilities are in poor and minority communities. So the same group of people is now being asked to bear the burden of our transition [from fossil fuels]. What kind of transition is that for communities?

We have a lot of modeling going on telling us what we have to do to get to [net-zero carbon emissions by] 2050. But I haven’t seen one model that tells us what the whole country or the world would have to sacrifice to get there so that some people won’t be harmed. It’s always, “What’s the easiest, quickest way that we can get there where only a certain number of people will really suffer?” We’re tired of that. And we are saying no to that as a solution.

e360: What would you like to see the Biden administration do differently on environmental justice?

Wright: Any project that moves forward should be inclusive of three things: It will not harm communities. It will not contribute to the climate crisis. And it will not perpetuate racially disproportionate burdens of pollution. Any program that we bring in to solve the problem must have these three principles embedded in it so we don’t make the same mistakes.

Biden’s approach is unique in that it not only acknowledges the damage that is now and has been done by pollution and the resulting changes in the climate, but his approach attempts to attack the sources of the problem. That includes racism.
And Justice40, [a federal initiative to deliver 40 percent of the benefits from federal climate and clean energy investments to disadvantaged communities] is an attempt to ameliorate the existing problem and stamp out or change policies and regulations and laws that perpetuate the continuation of disproportionate pollution burdens for Blacks and other minorities.

From the Clinton era, we understood that communities were being disproportionately affected. And what we put in place [on environmental justice] did a lot to make people aware of the problem and direct them on what should be done.

But Justice40 takes another step in that it’s talking about examining benefits and burdens and making certain that every relevant federal agency put in place programs that should promote the reduction of greenhouse gases, but also measure the benefits that would be going to communities and try to ameliorate the difference [between the burdens and the benefits]. Anybody can have really good intentions. We can pass wonderful laws. But if, in fact, policies actually block benefits [such as disaster relief and infrastructure assistance] from getting to where people really need them because of racism and discrimination, then we haven’t done the work. I think that the Biden administration is attempting to do that autopsy of programs and make sure that money goes where it’s intended.

e360:
How should the administration go about meeting that goal of 40 percent?

Wright: For one thing, the 40 percent goal, to us, is not sufficient. What about 60 percent? We are really concerned that a program would be held to having only 40 percent of the benefits going to EJ communities, when maybe 80 percent of the harm is there. So how does 40 percent alleviate that problem?

There are also so many situations where you include race that are going to be legally challenged, so the wording of all of this has to be very careful. But that’s also caused a bunch of confusion, because it seems difficult to talk about putting in place a project that deals with racial discrimination when you can’t use race in evaluating it. It’s really insane.

“I don’t think we should talk about reducing greenhouse gases and saving the planet without environmental justice.”

Right now, in the Supreme Court, you have affirmative action being attacked. You can’t do things based on race. The government is very sensitive when it comes to using the term “race,” because they don’t want to end up in court having to stop the whole process because of this mean-spirited response on race that we get.

e360: Since the Build Back Better Act stalled in Congress in December, Democrats have been looking for ways to pass its climate provisions in a separate bill. What would you like to see in a revised bill?

Wright: I really would not like to see a revised climate bill. I would like to go forward the way that it was. But I don’t think we should talk about reducing greenhouse gases and saving the planet without environmental justice being shoulder to shoulder with that.

I was just reviewing [the Federal Emergency Management Agency’s (FEMA) resilient infrastructure plan which funds projects to help communities prepare for disasters.] I was looking at research showing that FEMA has not dealt with communities of color and African American communities fairly. That is something that any Black person could have told you, especially after Hurricane Katrina, when FEMA [provided less relief] to the communities that were most affected. The fact that that’s coming out is really important.

Secondly, the latest research is showing that flooding will increase for Black communities because of climate change. Putting money into hardening infrastructure and finding ways to repay communities for the harm that’s taken place because they have not received funding from FEMA in the past should be at the forefront.

“I spent many years in the library, in my cubby … Finally, I made the decision that I should talk more to communities.”

Communities have not been able to recover, to go back home. And gentrification is happening at warp speed in areas where climate change and flooding have caused the displacement of communities. This is a huge problem. Race is at the center of it in terms of fairness. And we have to find a way to make certain that we make up for the harm that’s been done and put things in place so that harm does not continue for racial minorities in this country.

Any climate bill has to deal with both repairing EJ communities and reducing climate change. The fact of the matter is that they go hand in hand, because one of the reasons that we are the way we are is because of what we’ve done to communities of color across this country — putting fossil fuel industry facilities in our communities, not caring about our health or our lives, that’s why we’re here. We can’t move forward without addressing that.

e360: One issue is that communities have to apply for federal grants, and there are some inequities with communities needing to have the resources to apply for grants or to have money they can put into projects.

Wright: Well, this is an issue that exists across the board. We [at the Deep South Center for Environmental Justice and others] are putting in place a comprehensive program to help communities define their priorities. There is a research component to it, and there is a large communications part of it so these communities can tap into the funds they need.

They knew: How the U.S. government helped cause the climate crisis. Read more.

Wright: As a professor, I spent many years in the library, in my cubby, writing proposals that didn’t get funding. Finally, I made the decision that I should talk more to communities, because community members started asking for my help. By talking with them and asking them to help me define the problem and asking, “What would you like to see done?” — that was the beginning of my finally being funded. Community responses — because they actually see the problem — make more sense than what we do in the library and our cubbies, which has nothing to do with real life.

This interview has been edited for length and clarity.