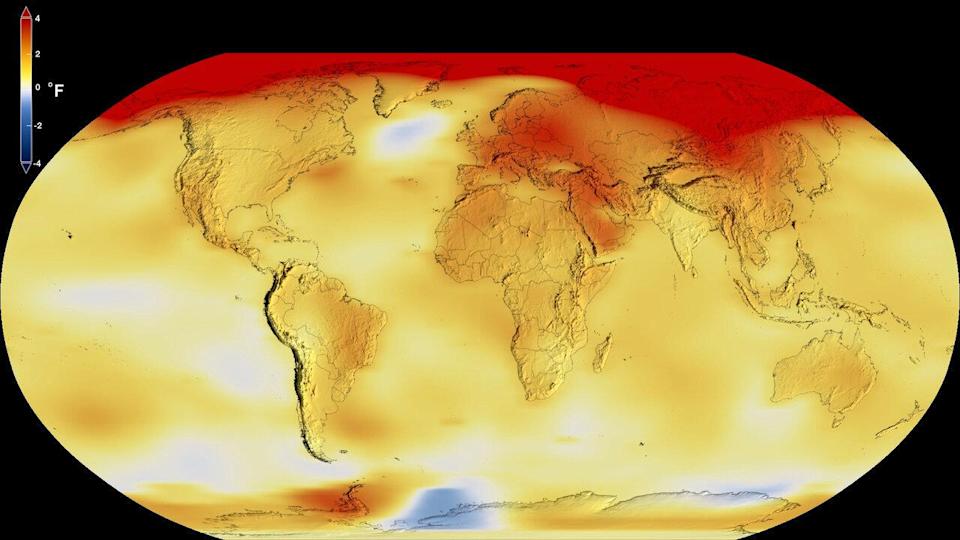 Rising temperatures are unleashing increasingly severe storms, heat waves, droughts, and floods, challenging humanity’s ability to adapt, according to a new report from the UN Intergovernmental Panel on Climate Change (IPCC). The assessment warns of the catastrophic impacts that await if nations do not quickly make steep cuts in emissions.

“Today’s IPCC report is an atlas of human suffering and a damning indictment of failed climate leadership,” UN Secretary-General Antonio Guterres said in a statement. “With fact upon fact, this report reveals how people and the planet are getting clobbered by climate change.”

Since the start of the Industrial Revolution, humans have emitted more than a trillion tons of carbon dioxide, warming the planet by more than 1 degree C (1.8 degrees F). In the near term, as much as 14 percent of species face a “very high risk of extinction,” according to the report, which was authored by 270 researchers from 67 countries. At just 1.5 degrees C (2.7 degrees F) of warming — a target that would require unprecedented and sustained cuts in emissions to hit — a large majority of coral reefs would die off.

Greater warming would lead to even more disastrous outcomes. If temperatures are ratcheted up from 1.5 degrees C to 2 degrees C (3.6 degrees F), an additional 65 million people will face “exceptionally” extreme heat waves every five years, the report says. Warming will be more acutely felt in nations nearer the Equator, which also tend to be poorer, have contributed less to climate change, and are less able to adapt.

In the Paris Agreement, wealthy nations, including the United States, pledged to help vulnerable countries cope with climate disasters, but they have thus far resisted accepting liability for specific “loss and damage.” The new IPCC summary report makes reference to “losses and damages” from climate change, a term that U.S. delegates sought to replace with “impacts,” Climate Home News reports. Such disagreements highlight the challenge of mobilizing the swift international action needed to limit warming to a manageable level.

The IPCC report was released against the backdrop of Russia’s unprovoked attack on Ukraine. The sole Ukrainian author of the assessment was held up in a Kyiv bomb shelter as the final report was being edited, Reuters reports. On Sunday, the head of the Russian delegation, climate scientist Oleg Anisimov, apologized, “on behalf of all Russians who were not able to prevent this conflict,” according to the The Washington Post.

His remarks followed a speech from Ukrainian climate scientist Svitlana Krakovska, who reportedly said, “Human induced climate change and the war on Ukraine have the same roots, fossil fuels, and our dependence on them.”

Avoiding a ‘Ghastly Future’: Hard Truths on the State of the Planet