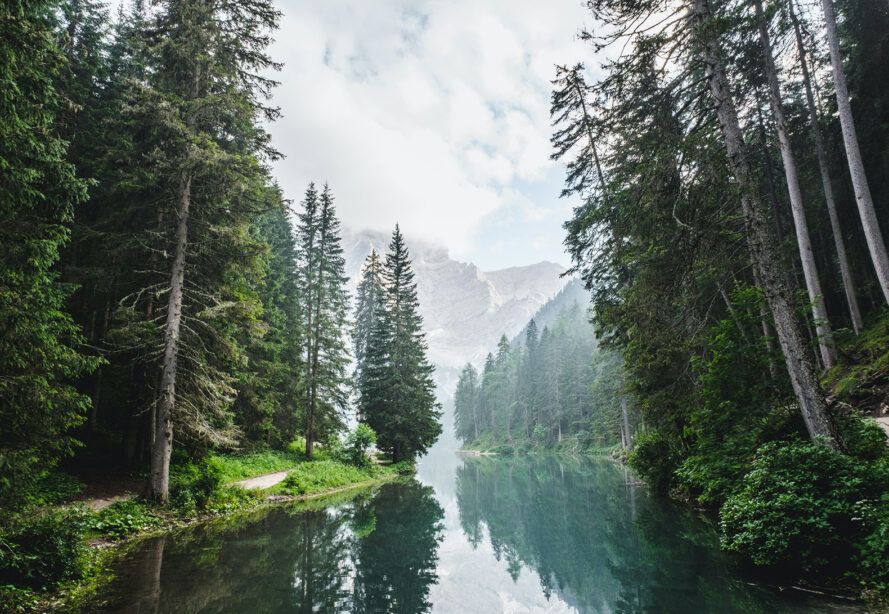 Many of us have had the opportunity at some point to click a link on our phone or computer and offset our carbon footprint by planting a few trees. It’s so much easier than picking up litter, taking a shorter shower or planting trees ourselves. However, after Venmoing a few bucks, it’s unlikely we’ll ever see these trees. Often, they’re in a remote spot on the other side of the world. Or maybe they’re not there at all.

This phenomenon of trees that aren’t really there has become known as phantom forests. Recent reports have shown that some of these plans to sequester carbon by planting trees don’t always work. The trees might be of an unsuitable type or planted in the wrong soil. Maybe they don’t receive the care they need to mature. Or maybe they never get planted at all.

Related: Giants of the bottled water industry admits to greenwashing

Many people have latched on to this idea of offsetting carbon by planting trees, from big government initiatives to pledges by small, eco-focused brands. It’s not unusual to buy a t-shirt with a tag that promises to plant 20 trees for every garment sold.

The idea of improving the environment by planting trees has deep roots. One of the early efforts was Wangari Maathai’s Green Belt Movement in Kenya. Maathai started planting trees with rural women in the mid-1970s as a way to improve their lives. The seedlings bound the soil for better rainwater storage, and the trees provided food and firewood. Maathai’s nongovernmental movement grew, leading to 30 million trees planted and winning her the Nobel Peace Prize in 2004. She celebrated by planting a tree.

Nowadays, many projects are not so hands on. A recent BBC article showed how off-track some projects have strayed. BBC journalists followed up on forests in the Philippines, India and Mozambique to see whether the trees were really doing their promised job of sequestering carbon. Instead, they found that along the Philippine coast of Iloilo, mangroves had been planted in the sandier coastal areas, rather than the muddy creeks where they thrive, because it was easier to plant them there. About 88% had died.

BBC concluded that reforestation programs were too often focused on planting, but not on cultivation and monitoring to make sure the trees survived. In the Indian State of Uttar Pradesh, BBC journalists found few of the millions of saplings planted in the last five years still alive. Too often, tree planting programs amount to greenwashing.

Fortunately, some people are trying to get the word out about best tree planting practices. The Center for International Forestry Research and World Agroforestry (CIFOR-ICRAF) produced a guide called Principles for Successful Tree Planting to help would-be planters determine the right tree for their purpose. The CIFOR-ICRAF helps steer people away from rookie mistakes like planting invasive species that will kill the local ecosystem.

He points out that the need for agricultural land is probably the biggest driver of deforestation. Local people need community-based forestry enterprises, not just meeting tree planting targets on paper. But a lot of the money is going into these empty targets.

Moreover, there’s the issue of land tenure. In many places, ambiguity surrounding harvest rights for timber and other resources means the planted trees have uncertain futures. Wardell points out the need to educate farmers, build management oversight and establish clearer policies are also crucial to the survival of newly-planted trees.

However, there is at least one phantom forest worth visiting. Ray and Claire Moore donated the Phantom Forest Conservation Area to the Missouri Department of Conservation in 1994, long before this present wave of greenwashing. People hiking through this Phantom Forest will see plenty of trees and might even spot a great horned owl. The area is named after the star of Ray Moore’s Phantom comic strip, the first masked hero in comic history. The Phantom debuted in U.S. newspapers in 1936. The superhero/executioner is a 400-year-old descendant of an ancient lineage sworn to destroying all forms of piracy. Indigenous forest-dwelling people consider him immortal. Obviously, the Phantom would not stand for greenwashing for one minute.