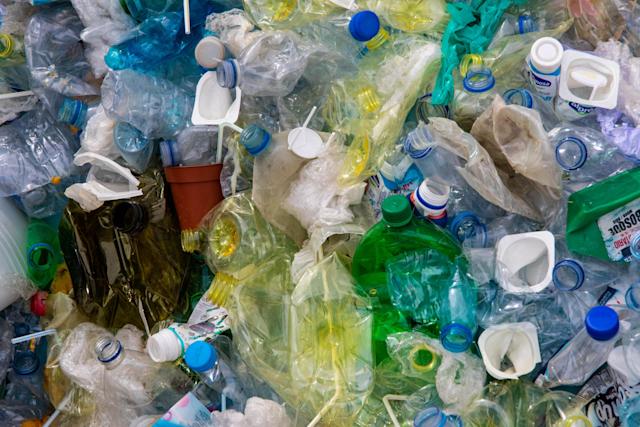 Three in four people around the world agree with a ban on single-use plastics such as bags, straws, and water bottles, according to a 28-country survey from marketing firm Ipsos and Plastic Free July, an anti-plastics campaign.

The poll of more than 20,000 people revealed that in Latin America, China, and India, more than 80 percent agree that single-use plastics should be banned as soon as possible. Canada, the United States, and Japan were least supportive, with less than 40 percent of Japanese respondents favoring a ban.

Close to nine in 10 respondents globally support an international treaty to combat plastic pollution, while around eight in 10 said they personally want to buy products that use as little plastic packaging as possible. Respondents from wealthy countries were less likely to support a treaty or to want to curb their own use of plastics.

Wealthy nations tend to produce the most plastic refuse, with the United States, the United Kingdom, and South Korea leading the world in per capita plastic waste, according to a 2020 study. Much of the plastic waste produced in wealthy countries is exported to the developing world.

The United Nations Environment Assembly, taking place in Nairobi at the end of February, will debate proposals for new legally binding rules governing plastic waste worldwide. Ahead of the conference, oil and chemical industry groups are working to persuade conference participants to reject any such proposals, Reuters reported, while environmentalists are hoping to build support for a global treaty on plastic waste. The new survey demonstrates broad support for such a pact.

“These results make it very clear that there is a strong consensus globally that single-use plastics should be taken out of circulation as quickly as possible,” said Stuart Clark, director of Ipsos Australia. “The fact that there is such strong support for an international treaty to address the single-use plastics shows that people see this as a challenge that all countries have to solve together.”