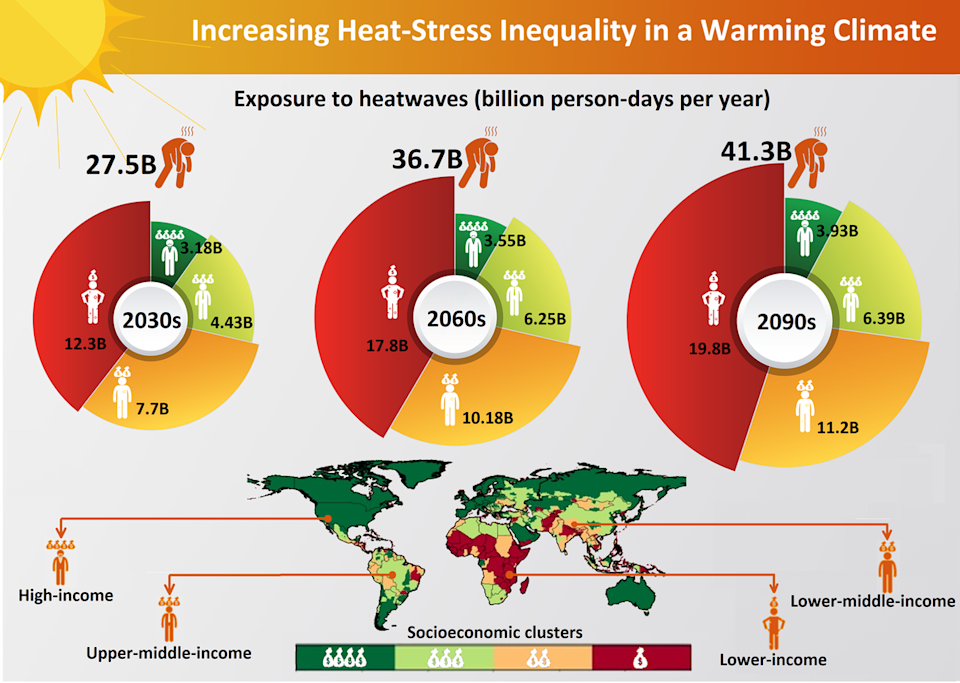 By the end of this century, the people living in the poorest parts of the world will face heat waves almost as often as the rest of the population put together, according to a new study.

“We expected to see a discrepancy, but seeing one quarter of the world facing as much exposure as the other three quarters combined … that was surprising,” said Mojtaba Sadegh, a climatologist at Boise State University and co-author of the paper.

Poorer regions are concentrated near the Equator, leaving them at greater risk of extreme heat. At even a moderate level of warming, by the end of this century, the richest quarter of the world will see up to 13 days of heat waves per year, while the poorest quarter will see closer to 60 days of heat waves. The findings were published in the journal Earth’s Future.

Heat waves will be felt more acutely in poorer regions with more limited access to air conditioning, while wealthier countries will be better able to adapt to rising temperatures, the study found.

“We found that while wealthy countries can buffer their risk by rapidly investing in measures to adapt to climate change, the poorest quarter of the world — areas likely to be slower to adapt — will face escalating heat risk,” the study’s authors write in The Conversation. “We estimate that the poorest quarter of the world lags the wealthiest in adapting to rising temperatures by about 15 years on average.”

Can We Turn Down the Temperature on Urban Heat Islands?