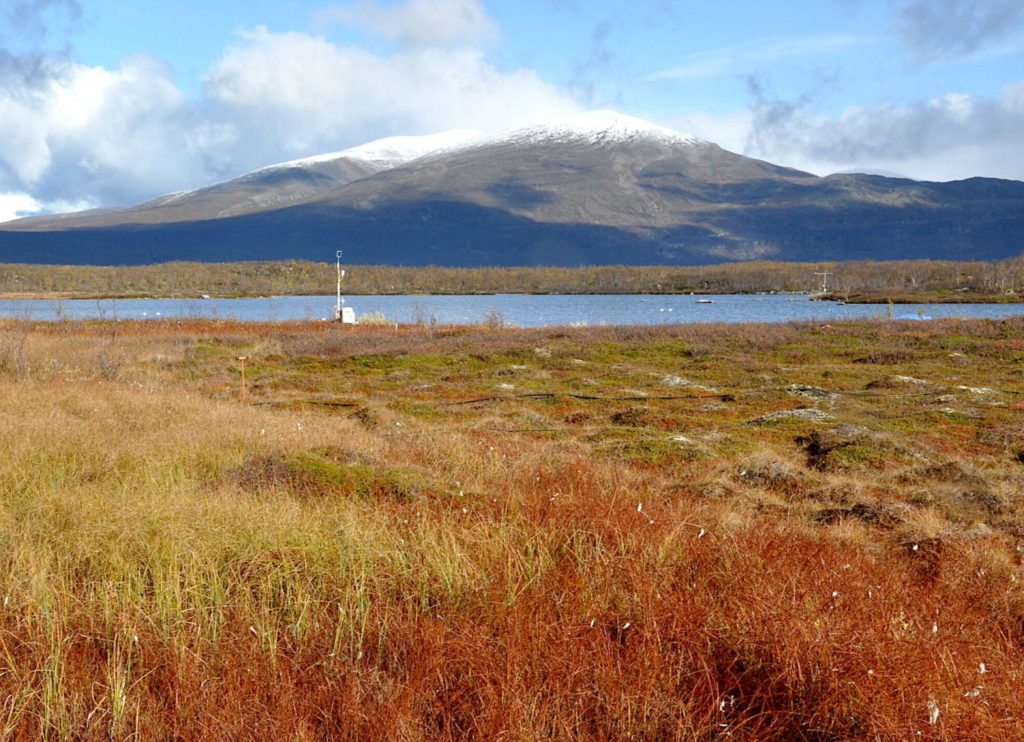 A study in northern Sweden found that melting permafrost released one tenth as much methane as expected, suggesting emissions from thawing Arctic tundra could be less than previously feared.

Once Arctic permafrost melts, microbes are able to consume the once-frozen organic matter trapped in the soil. As a byproduct of this process, microbes produce large amounts of methane, an extremely potent greenhouse gas. Scientists have long warned that rising temperatures would spur the release of more methane in the Arctic, leading to yet further warming. But new research on melting permafrost in Sweden suggests such emissions may be much smaller than predicted.

For the study, scientists gauged emissions from one swath of permafrost that thawed in the 1980s and another that thawed 10 to 15 years later. Emissions in the first area were 10 times less than in the second. That’s because as ice melted underground in the first area, water on the surface began to sink down into the soil. As the surface dried out, new plants emerged that helped keep methane emissions buried underground.

Grasses typical of wet areas have straw-like systems that convey oxygen to their roots and also allow methane in the soil to escape into the atmosphere. As those areas grow dry, grasses are replaced with dwarf shrubs, willows, and birch, which lack such systems.

“When methane can no longer escape through the straws, soil bacteria have more time to break it down and convert it into CO2,” said Bo Elberling, director of the Center for Permafrost at the University of Copenhagen and co-author of the study. That CO2, which is also a greenhouse gas, appears to stay in the ground, scientists observed. The findings were published in the journal Global Change Biology.

“The study has shown that there isn’t necessarily a large burst of methane as might have been expected in the wake of a thaw,” Elberling said.

While the study offers some hope that changes in plant cover will limit emissions from melting permafrost, scientists note that if rainfall increases as temperatures rise, that could prevent soil from drying out, leaving wet-loving grasses to convey methane to the atmosphere.

“The balance between precipitation and evaporation will be crucial for the release and absorption of greenhouse gases,” Elberling said. “However, predicting Arctic precipitation is fraught with uncertainty. In some areas we’re seeing increased precipitation, while in others, things are drying out — especially in the summer.”

How Thawing Permafrost Is Beginning to Transform the Arctic

This site uses User Verification plugin to reduce spam. See how your comment data is processed.
Classic italian panna cotta with strawberry sauce - the delicious recipes. In such a little bottle that you would buy back every week, you wouldn’t want a great beard oil. Action oplevelse i höganäs? se de bedste action oplevelser i höganäs.