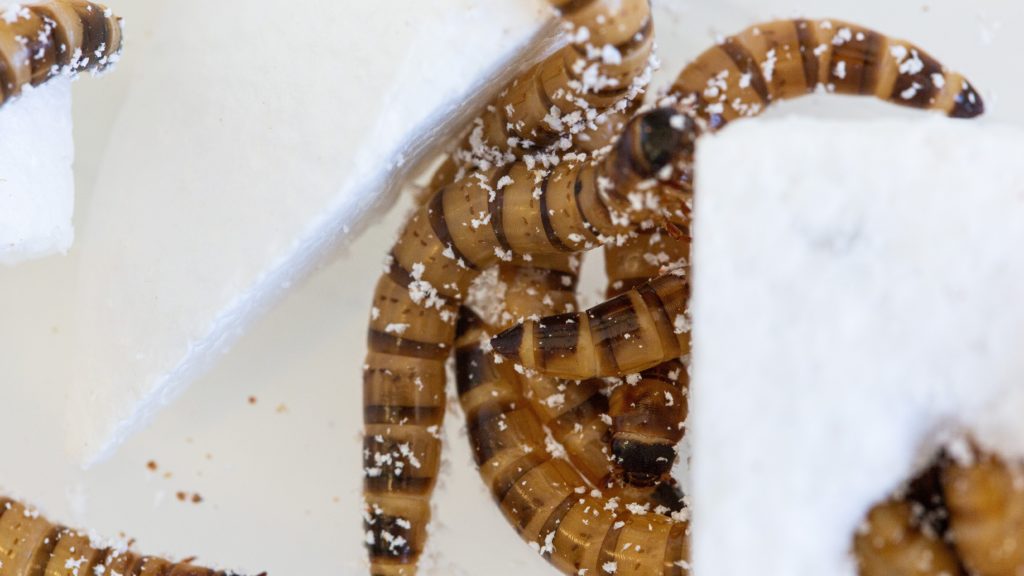 The larvae of a common species of beetle are able to survive on a diet comprised entirely of polystyrene thanks to bacterial enzymes found in their gut, a new study finds.

Previous research showed that Zophobas morio larvae, commonly known as “superworms,” could subsist on polystyrene and suggested that gut bacteria might play a role. When researchers fed the superworms antibiotics, killing off the bacteria in their gut, they lost the ability to break the plastic down. The new study identifies the specific strains of bacteria — including Pseudomonas, Rhodococcus, and Corynebacterium — that produce enzymes capable of breaking down polystyrene. The findings were published in the journal Microbial Genomics.

“Superworms are like mini recycling plants, shredding the polystyrene with their mouths and then feeding it to the bacteria in their gut,” said Chris Rinke, a researcher at the University of Queensland and co-author of the paper. “The breakdown products from this reaction can then be used by other microbes to create high-value compounds such as bioplastics.”

Research shows that insects around the world are evolving to eat plastic waste. Other plastic-eaters include the larvae of mealmoths and waxmoths. For the new study, scientists compared superworms fed only polystyrene with those fed only bran. Superworms subsisting on polystyrene fared more poorly and sported less healthy gut microbiomes, but almost all survived into adulthood.

“We found the superworms fed a diet of just polystyrene not only survived, but even had marginal weight gains,” Rinke said. “This suggests the worms can derive energy from the polystyrene, most likely with the help of their gut microbes.”