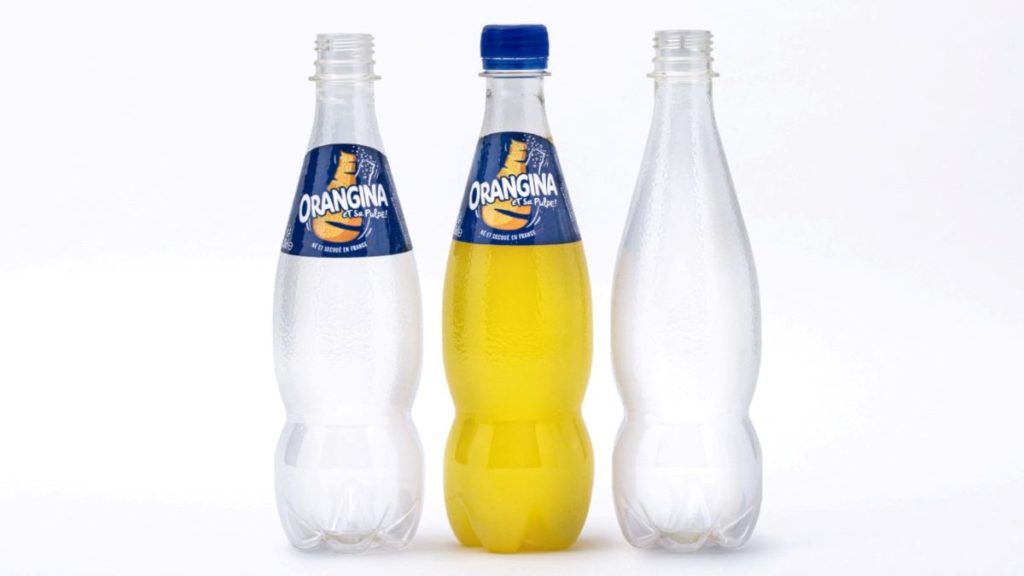 Grocery store shelves are filled end-to-end with single-use plastic packaging. Shoppers, whether they like plastic or hate it, have few better alternatives. However, Suntory, makers of drinks like Orangina and spirits like Jim Bean, recently announced a successful 100% plant-based PET bottle prototype. This is encouraging news considering the many issues associated with plastics.

The vast majority of plastics are made from petroleum products. Not only is petroleum a finite resource but extracting it produces pollution and releases greenhouse gases. Unfortunately, because very little plastic is recycled, most manufacturers make their bottles from virgin petroleum-based plastic.

Plastic does not biodegrade. Instead, it breaks down into microplastics that end up in drinking water, seafood, and even the air. In addition to the potential human health risks that these plastic particles pose, marine animals that mistakenly eat microplastics are also at risk.

Although some smaller companies are trying to make sustainability improvements for packaging, Suntory’s announcement is particularly encouraging because the large multinational corporation has numerous product lines. Suntory has committed to “100% sustainability” in packaging by using either recycled or plant-derived materials for plastic beverage bottles by 2030.

The plant-based PET bottle prototype is an indication that Suntory is marking progress towards this important target. Other companies are likely to follow Suntory’s example, potentially creating a ripple effect throughout the food and beverage industry. In particular, Coca-Cola has been under considerable scrutiny because it is the #1 plastic polluter globally.

Will the plant-based bottle contribute to food insecurity?

Although there are some advantages to bioplastics, one ongoing concern is that using corn, sugar beets, sugar cane, and other feedstock could contribute to food insecurity. However, the Suntory plant-based bottle was created in partnership with Anellotech, a U.S.-based sustainable technology company that uses non-food feedstock. According to Suntory, this prototype is critical for realizing its 100% sustainable bottles target by 2030. The company reports that its plant-based plastic is comprised of two raw materials: 70% terephthalic acid (PTA) and 30% mono ethylene glycol (MEG).

“We’re delighted with this achievement, as it brings us one step closer to delivering this sustainable PET bottle to the hands of our consumers,” said Tsunehiko Yokoi, executive officer of Suntory Monozukuri Expert Ltd, in a statement. “The significance of this technology is that the PTA is produced from non-food biomass to avoid competition with the food chain, while MEG is also derived from non-food grade feedstock.”

Annellotech’s Bio-TCat process uses agricultural residues and pinewood and is cheaper to produce than bio-based processes that use sugar as a feedstock. The lower cost makes it more likely that manufacturers will mass-produce this plant-based plastic, which is a win for the environment.

Is the new Suntory prototype recyclable?

The plant-based PET bottle prototype is chemically identical to its petroleum-based counterpart. So, existing recycling facilities that process PET will also be able to recycle the plant-based version. And its production creates significantly fewer greenhouse gas emissions compared to manufacturing typical petroleum-based PET bottles, while consuming energy from the biomass feedstock instead of fossil fuels.

Typically, bio-based plastics must be recycled separately from petroleum-based plastics. This is neither practical nor economical for recyclers, and bioplastics can even contaminate batches of recycled plastic when not properly sorted. Suntory’s recent announcement is particularly promising, because it seems to overcome or sidestep such issues associated with bioplastics.

Recently, both Maine and Oregon passed extended producer responsibility laws for packaging intended to encourage companies to minimize packaging and make it more recyclable. The producer fees will vary based on the ease of recyclability and the environmental impacts of the packaging materials.

The legislation helps pass the burden of waste management away from local governments to the companies that produce the packaging. And it rewards companies that use greener packaging. Although Maine and Oregon don’t have large populations, if this movement gains momentum and other states pass similar legislation, it could incentivize producers to use more recyclable packaging from sustainable materials, or else pay the price. Yet, these initiatives take time to develop and mass produce, especially for more innovative approaches.

This site uses User Verification plugin to reduce spam. See how your comment data is processed.
Produits cosmétiques naturels. Statistics. Provide valuable stuff to influencers of your blog and the best deals out of the relationship.