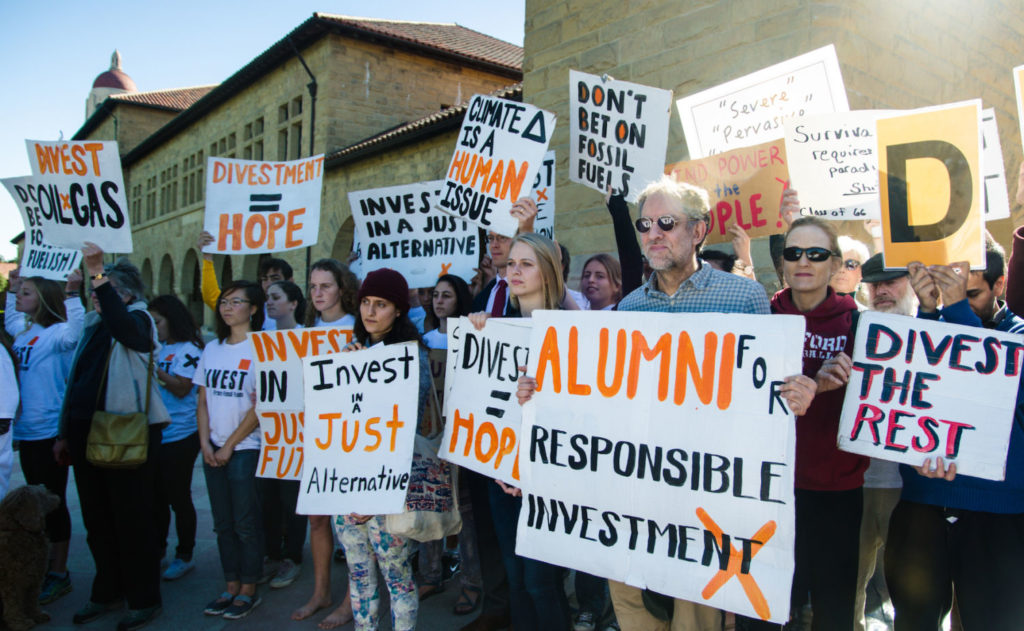 Student climate groups at Yale, Princeton, Stanford, Vanderbilt, and MIT have filed complaints with attorneys general in their respective states arguing the schools have violated state law by investing in fossil fuels.

“Universities have a duty to promote the public interest in exchange for their tax-exempt charitable status, and that duty is incompatible with fossil fuel investments,” said Alex Marquardt, a staff attorney at the Climate Defense Project, which assisted the student-led campaigns in preparing the complaints. “The law can be a powerful ally in fighting climate change, but only if people are held accountable for actually following it.”

Each of the five states has passed some version of the Uniform Prudent Management of Institutional Funds Act, which requires a university’s investments to be consistent with its “charitable purpose.” In letters signed by student groups, alumni, faculty, and climate scientists, activists argue that the hundreds of millions of dollars universities have invested in fossil fuels are at odds with universities’ charitable status.

“It is problematic [that the Yale Corporation] has invested a portion of the University’s 42.3 billion dollar endowment in the fossil fuel industry — damaging the world’s natural systems, disproportionately harming youth, low-income people, and communities of color, and imperiling the University’s financial and physical condition,” reads the letter to the Connecticut Attorney General William Tong.

In fiscal year 2021, Yale, MIT, and Princeton saw their endowments grow by more than 40 percent, evidence that universities’ investment strategies are paying off. But student campaigns contend that continued investment in fossil fuels threatens the long-term health of endowments. Fossil fuels have underperformed the market over the last decade, while renewables have outperformed it, according to an analysis from Carbon Tracker.

In September, Harvard announced it would end all investments in fossil fuels, a significant step for the world’s largest university endowment. Other elite universities have moved more slowly. Last year, Yale and Princeton announced they would divest from only the most polluting energy firms, or those that had stymied progress on climate change, either by spreading disinformation or undermining sensible climate policy.

“Our universities are amongst the world’s wealthiest and most prestigious institutions of higher education, and their investments in the fossil fuel industry — an industry whose actions place the health and future of students and the entire planet at risk — amount to nothing less than complicity in the climate crisis,” said Princeton alumna Anna Liebowitz. “Thus, our campaigns are coming together and collectively calling for an end to fossil fuel investments in higher education and the world at large.”

Why the Fossil Fuel Divestment Movement May Ultimately Win

This site uses User Verification plugin to reduce spam. See how your comment data is processed.
January. Simply use our 100% natural face pack to restore your skin to its previous and original. De bedste natur oplevelse tilbud i norddjurs.