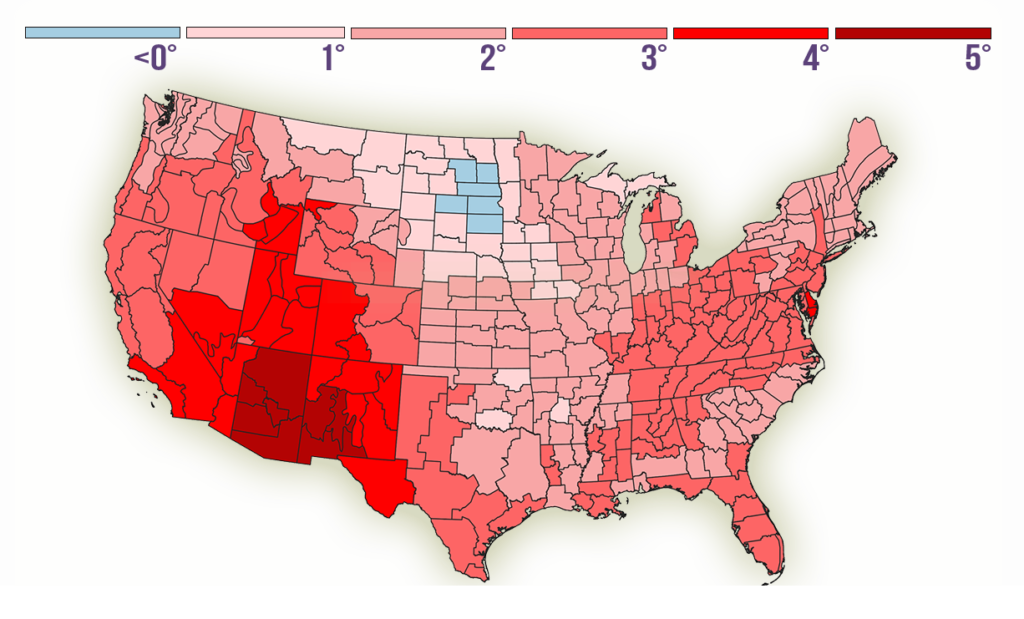 Spring is beginning sooner in the United States, with 97 percent of 242 locations across the country experiencing temperature increases since 1970, according to a new analysis from Climate Central.

The analysis showed that close to half of the 242 locations have warmed by at least 2 degrees F. Reno, Nevada saw the greatest increase of any city, warming by 6.8 degrees F, followed by Las Vegas, Nevada and El Paso, Texas, which warmed by 6.2 degrees and 5.9 degrees, respectively.

Spring is also arriving earlier, meaning that mosquitoes and pollen appear sooner and persist longer. The shift in the start of spring can have consequences for plants and animals, such as migratory birds, which may arrive too early or too late to their breeding grounds.

Redrawing the Map: How the World’s Climate Zones Are Shifting