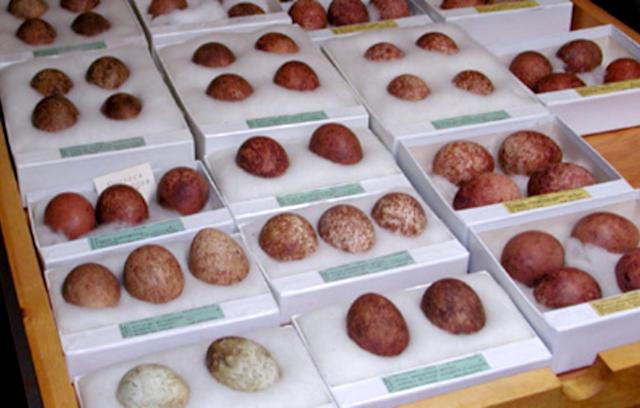 A third of bird species in Chicago are laying their eggs a month earlier than they did 100 years ago, according to a new study that compares recent observations with data from century-old eggs. Scientists believe that rising temperatures are to blame for the shift in egg-laying.

“The majority of the birds we looked at eat insects, and insects’ seasonal behavior is also affected by climate,” said John Bates, curator of birds at the Field Museum in Chicago and lead author of study. “The birds have to move their egg-laying dates to adapt.”

For the study, scientists compared nesting data collected from 1990 to 2015 with data gleaned from the Field Museum egg collection, which spans 1880 to 1920 and includes thousands of eggs accompanied by notes on what species they belong to and when they were gathered.

Researchers found that a third of the 72 species studied have been nesting earlier, laying their eggs 25 days sooner, on average, than they did 100 years ago. The findings were published in the Journal of Animal Ecology.

Bates said that fellow scientists should take advantage of museum egg collections to better understand the impact of climate change. “There are 5 million eggs out there in collections worldwide, and yet there are very few publications using museum collections of eggs,” he said. “They’re a treasure trove of data about the past, and they can help us answer important questions about our world today.”

Redrawing the Map: How the World’s Climate Zones Are Shifting

This site uses User Verification plugin to reduce spam. See how your comment data is processed.
Yes! perfect gifts for sport? get the perfect gift ideas for sport. Juga.