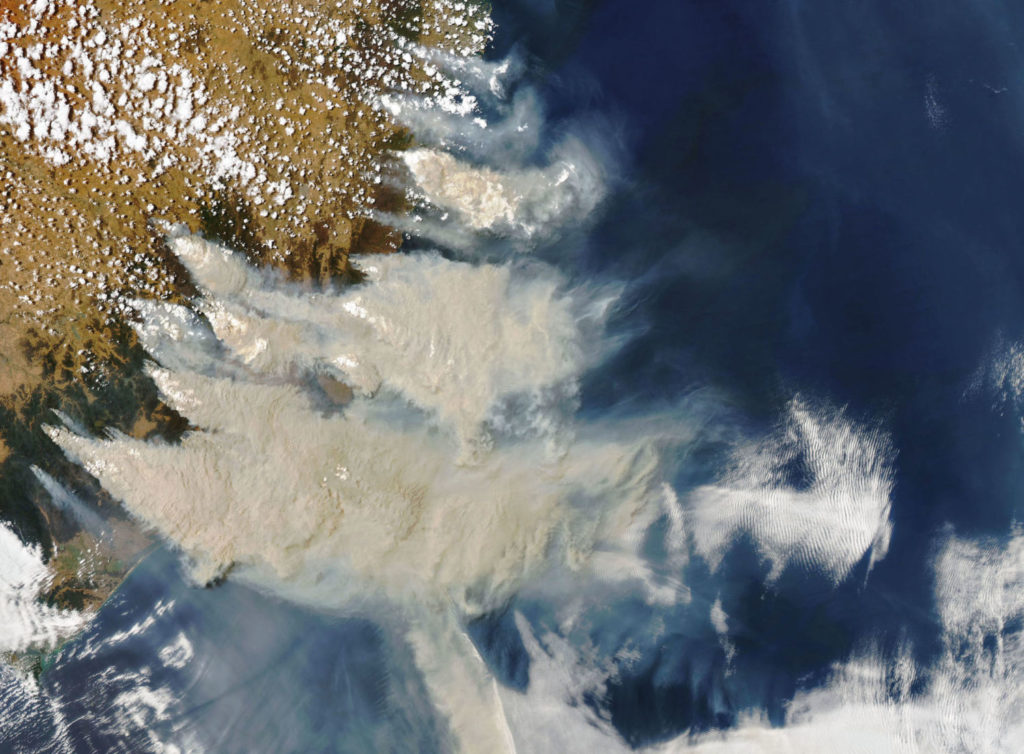 Smoke from bushfires that spread across Australia in late 2019 and early 2020 destroyed high-altitude ozone in the Southern Hemisphere, according to a study that offers new insight into the threat posed by wildfires.

The ozone layer filters out harmful ultraviolet rays, which can cause skin cancer in humans. Using data gathered by the Canadian Space Agency, researchers at the University of Waterloo in Canada found that smoke particles from the Australian fires perturbed the delicate chemical processes that maintain the ozone layer.

“The Australian fires injected acidic smoke particles into the stratosphere, disrupting the chlorine, hydrogen, and nitrogen chemistry that regulate ozone,” said Peter Bernath, a research professor in Waterloo’s department of chemistry and lead author of the study. “This is the first large measurement of the smoke, which shows it converting these ozone-regulating compounds into more reactive compounds that destroy ozone.” The findings were published in the journal Science.

The use of ozone-depleting chemicals in air conditioners and other devices has torn a hole in the ozone layer over Antarctica. While phaseout of these chemicals under the Montreal Protocol has allowed the ozone hole to partially close, scientists warn that smoke from ever-worsening wildfires poses a new and escalating threat to this vital system. The paper warns, “As severe wildfires rise in number, they will play an increasingly important role in the global ozone budget.”

How an Illicit Chemical Is Jeopardizing Recovery of the Ozone Layer