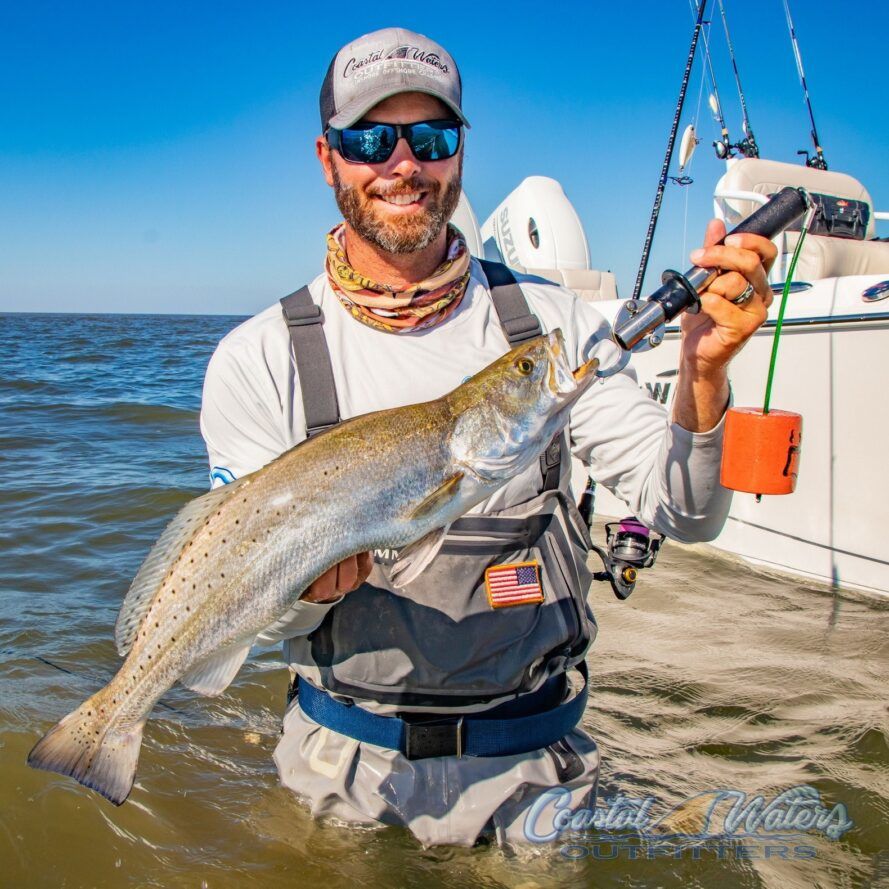 Fishing is a popular pastime, serving up a combination of required patience along with the rewarding adrenaline of a catch on the line. However, there are certain types of adrenaline even the most dedicated fisherman avoids, including engagement with sharks.

When wading for redfish, sea trout, snook, tarpon and other shallow water fish, fishermen put themselves in shared water with sharks hunting the same animals. In some areas, it’s only a matter of time before the shark takes the bait, endangering the fish, the shark and the fisherman.

Related: Shark populations have decreased by 71% in the last 50 years

Sharkbanz offers a two-point solution to the issue. Their products, developed by diver, surfer and water enthusiast Nathan Garrison and his father, protects not only fishermen. Additionally, it protects anyone enjoying shark-inhabited waters, including the marine wildlife.

For the fisherman, the Sharkbanz Zeppelin is a shark deterrent used in conjunction with other tackle. It weighs about six and a half ounces for minimal drag. It can also be used in place of a sinker on the rigging and relies on a magnet to overstimulate the shark’s electroreception. This unpleasant, but harmless, technology deters sharks. It drives them into deeper waters where customers report they tend to stay rather than return. The Zeppelin can also be used during wade fishing by attaching it to the back of the fish bag in order to drive them away from an easy meal.

Moreover, the Zeppelin caught Best of Category for terminal fishing gear at the prestigious 2021 ICAST Show. According to a press release from Sharkbanz, “Some bottom-fishing boat anglers report over a 90% success rate using the Sharkbanz Fishing Zeppelin rigged as a sinker or attached to the line with a carbineer clip immediately after setting the hook.”

In addition to the Zeppelin, Sharkbanz is recognized worldwide by surfers, swimmers, divers, beachgoers and anglers as the makers of the widely acclaimed Sharkbanz 2 wearable shark band. This ankle or wrist bracelet offers a universal fit and long-lasting use in the water. Sharkbanz 2 is rated for depths up to 330 feet and works using the same electroreception interruption as the Zeppelin. It’s ergonomically designed for comfort and weighs three ounces.

Both devices are constructed from biodegradable, environmentally-friendly PLA materials. They also don’t require batteries or charging. The units are TSA and airline friendly and come in a magnetic-shielded box for safe storage, so you can easily tote it to your next tropical destination.

According to the company website, “Sharkbanz pledges 3% of profits for ocean and shark conservation and aims to raise awareness on issues that impact the world’s oceans.”