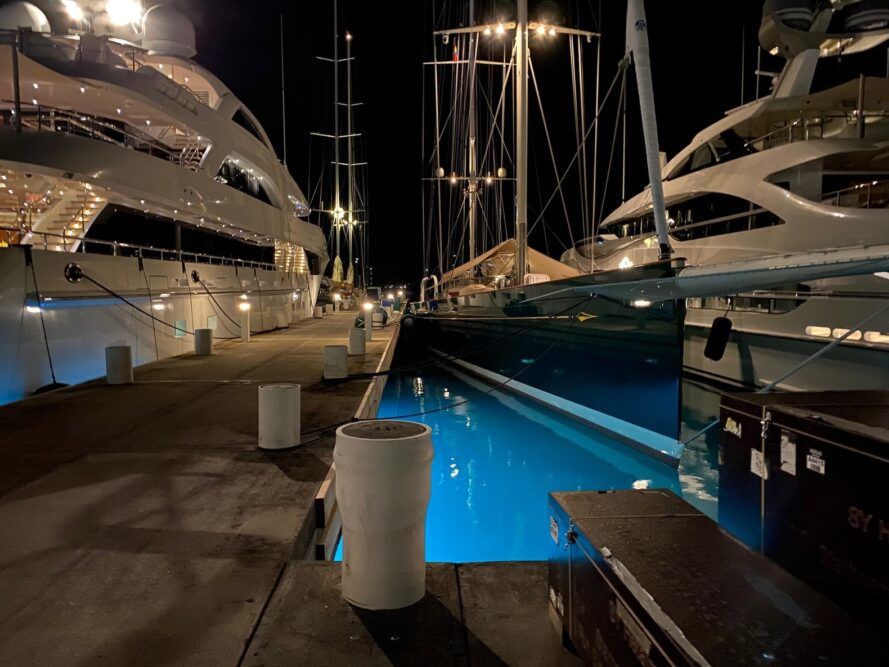 SeaClean technology will be used by the super rich

Lizard Yacht Service has become the sole European distributor for the SeaClean System. Their technology removes harmful particles from marine diesel generator exhaust. SeaClean was launched at the Fort Lauderdale Boat Show and gained plenty of attention. The technology has created significant results so far.

Who is Lizard Yacht Services?

Lizard Yacht Services is based in Falmouth, U.K. and Palma, Mallorca. The company provides parts and services for luxury yachts and superyachts. Yacht owners don’t have to be environmentally conscious to want this technology. The soot from the diesel engines stains the hull of boats. Abrasive cleaning materials must be used to clean this gunk away. As a result, this can cause unnecessary wear.

Additionally, the particles that don’t stain the hull end up in the water, creating pollution. The SeaClean technology captures up to 98% of soot and other particles in exhaust. That exhaust would otherwise end up polluting the atmosphere.

Furthermore, the system is designed to maintain constant temperatures. It also has a modular design that can be added to an existing system. Anyone can upgrade their yacht or superyacht to start improving the environment. And even those who don’t sail the high seas on a luxury yacht will benefit from this technology and this new international agreement. Using similar technology, many more ships may soon be cleaning the environment, rather than dirtying it up.

The EPA has put emission standards in place for marine diesel engines in order to reduce the effects of this dangerous pollution. Many scientists have measured diesel exhaust fumes in marine environments in order to find solutions for the problem.

The lack of regulation regarding emissions on open seas poses a big problem. Without legislature to protect the environment, technology that cleans up the problem is the next best option. The oceans are already suffering from the problem of plastic waste. Many companies are finding ways to address the issue of single-use plastic, with some manufacturers now making products out of used plastic in an effort to clean up some of the issues.

Cleaning up the oceans

Plastic pollution is an extremely visible problem in the ocean. But the pollution created by diesel engines traveling the water isn’t quite as visually engaging as pictures of big plastic piles. Diesel engine exhaust causes many environmental problems that aren’t quite as easy to photograph through conventional methods, but it’s a huge planetary issue. It may be invisible, but it’s everywhere. It’s also contributing to some pretty huge planetary problems. Technology that helps to address this issue could have a huge impact on the planet’s future.

Diesel engines are used to power all sorts of water vessels. Some military vessels, passenger cruise liners, service vessels, industrial ships, cargo ships and ferries run on diesel engines that create emissions. That’s a lot of water vessels and a whole lot of fumes being dumped into the environment, both into the air and the water.

SeaClean technology is designed to eliminate oily residue, discharge and soot. It’s the only system of its kind that has pre-heater technology. That means it maintains constant gas temperatures. Because this system can be added to existing engines, this technology can start to change the world immediately.

This site uses User Verification plugin to reduce spam. See how your comment data is processed.
Weekendophold. Qualified. Website developer is the work involved in developing a website for the internet or an intranet.