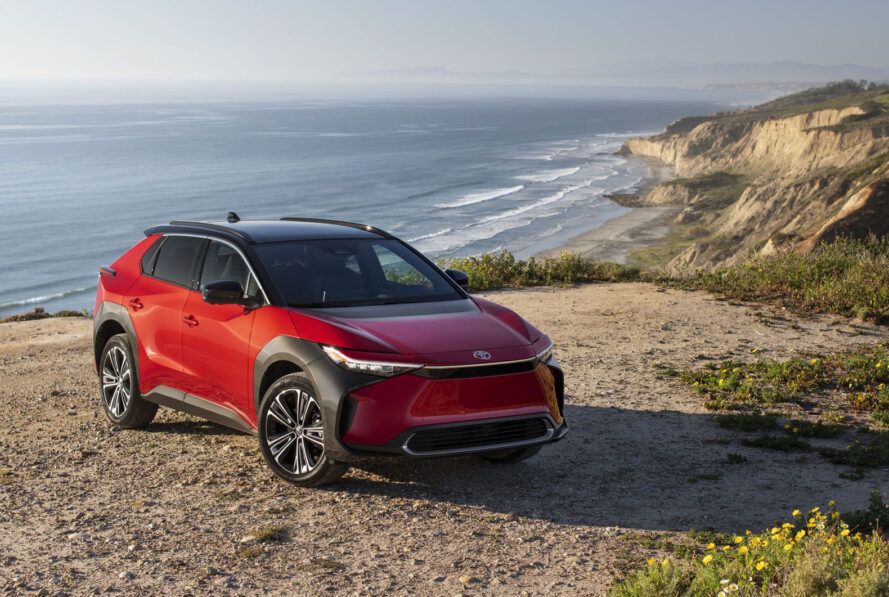 Say hello to the new Toyota electric vehicle, the bZ4X

Toyota is trying to win the electric vehicle game with a stylish new SUV loaded with techy features. The all-electric bZ4X will be rolling onto the lots of U.S. auto dealers this spring.

Related: Consider these factors before buying an electric vehicle

All these Vs will help speed Toyota toward its goal of carbon neutrality by 2050. Already, Toyota has more than 20 million models on the world’s roads. The company has pledged to invest another $70+ billion in EVs over the next nine years.

So, back to the bZ4X. According to Toyota, the new “BEV-dedicated platform, a first for Toyota, was developed with Subaru based on the e-TNGA philosophy to achieve attractive, smooth, intuitive driving performance, not just for a BEV, but for any car, as well as the off-road performance of an authentic SUV.” Its estimated range is 252 miles per charge. Toyota also claims the bZ4X will retain up to 90% of its battery capacity after ten years. The most basic model starts at $42,000.

Some of the new car’s high-tech features include a 12.3-inch widescreen Toyota Audio Multimedia system. All you have to do is say “Hey Toyota,” and your car wakes up and listens to your voice commands. You can tell it to adjust the temperature, pull up a map or suggest a point of interest. Between Bluetooth phone connectivity, capacity for connecting up to five devices and a three-month Sirius platinum subscription, you may forget you’re driving. But please don’t.

Where do you power up your new BEV? All bZ4X models have a combined charging system socket which can be used for home and public charging. Allow at least nine hours for full charge. “To help make ownership even easier, customers who purchase or lease a new 2023 Toyota bZ4X will also get one year of unlimited complimentary charging at all EVgo-owned and operated public charging stations nationwide,” Toyota stated.