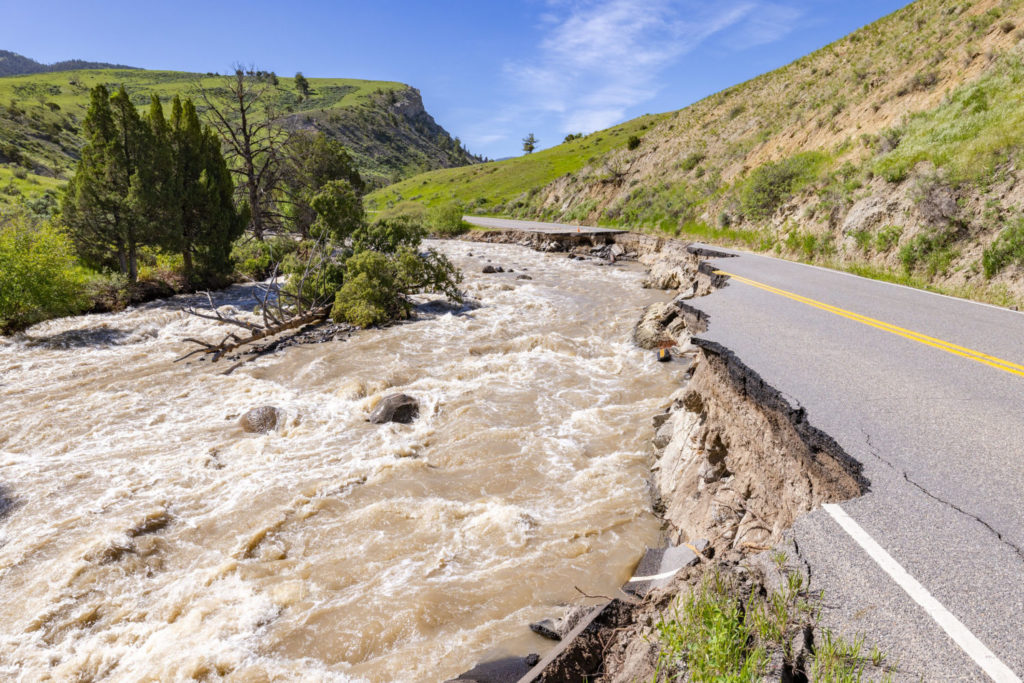 Restoring Yellowstone National Park after recent floods washed away bridges and roads could cost more than $1 billion, and the effort could take years given the challenge of making repairs in a protected landscape.

In Yellowstone, crews can only work from late spring until the first snow in the fall, giving them just a few months each year to rebuild. Adding to the challenge are the frequent, small earthquakes that rattle roads and bridges. Emily Douce, director of operations and funding at the National Parks Conservation Association, told the Associated Press that rebuilding costs could exceed $1 billion.

Workers would have to be careful not to disturb the landscape, as when reconstructing the road running by Mammoth Hot Springs, where water bubbles up from underground vents, flowing over a series of stone terraces. Crews would also need to avoid disturbing wildlife, from the largest bison down to the smallest microbe, or damaging Native American artifacts.

In some cases, the rebuilding offers a chance to better protect the landscape, for instance by rerouting the road the runs along the Gardner River to limit car pollution near the waterway. “They’ll have to look at all the resources the park is designed to protect, and try to do this project as carefully as possible, but they’re also going to try to go fairly quickly,” Brett Hartl, government affairs director at the Center for Biological Diversity, told the Associated Press.

The southern section of the park, which includes Old Faithful geyser and Grand Prismatic Spring, will likely reopen next week, but the northern end, which includes the iconic Lamar Valley, may not reopen until next year.

“I think it’ll probably be several years before the park is totally back to normal,” Hartl said.