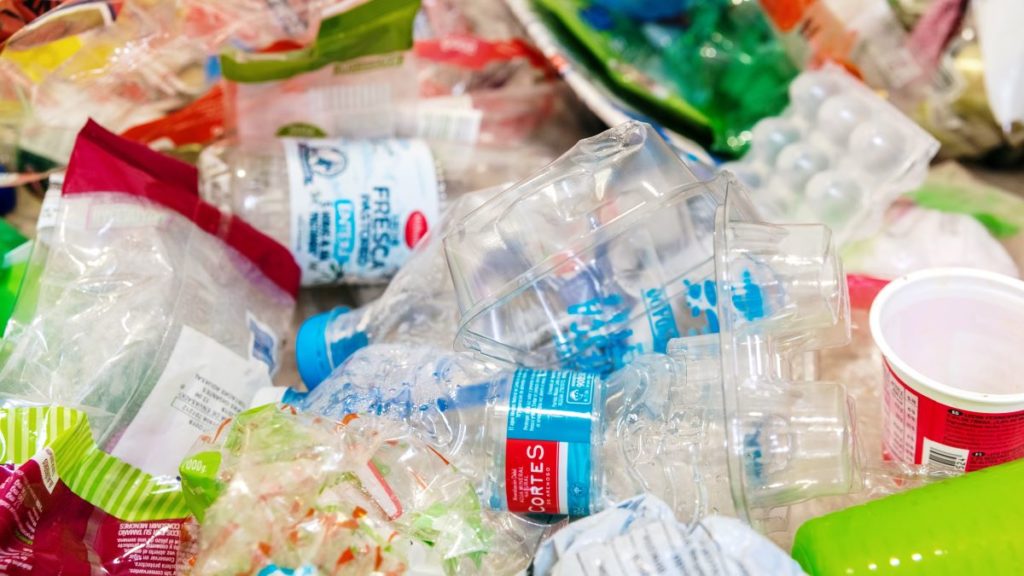 Currently, a manufacturer serving the United States has little incentive to consider what happens to its products after the end of their useful life. Proper disposal, be it recycling or landfilling, is the responsibility of consumers and their local disposal and recycling services. Two states have passed new laws that will extend that responsibility to the producer – specifically, for responsible disposal of packaging materials.

Who Is Responsible for Our Packaging Waste?

About 28% of U.S. municipal solid waste was containers and packaging in 2018, totaling more than 82 million tons. And unfortunately, well under half of all packaging is recycled. Plastics, in particular, are especially problematic.

Whereas recycling some materials, such as aluminum, is cost-effective, it is more expensive to recycle plastic than to send it to a landfill. Plastics are difficult to recycle and produce low-value materials with little market demand. Unlike steel, aluminum, and glass, plastic is not infinitely recyclable and the materials can only be used two or three times. Sometimes, packaging has a mixture of materials, requiring it to be disassembled or else pitched in the trash. For many reasons, it is cheaper and easier for manufacturers to use virgin plastics.

For years, the burden of recycling has fallen on local governments that must pay for programs and a recycling collection system. Therefore, consumers pay for recycling through taxes and user fees.

However, there is a growing movement to hold producers responsible for the waste they generate. Two new extended producer responsibility (EPR) laws in Oregon and Maine will take effect in the next few years. If successful, they could save money for municipalities and make packaging more sustainable.

“With this new law, Oregon ratepayers will be provided a much more accessible, responsible, and stable recycling system,” said Scott Cassel, CEO and founder of the Product Stewardship Institute. “It will also provide producers with the financial incentive to make their packaging more sustainable, and local communities with funding for reuse and waste prevention programs.”

Extended Producer Responsibility Laws in OR and ME

These laws hold producers responsible for the waste associated with their products by paying fees corresponding to the amount and recyclability of the waste. This money will directly benefit recycling initiatives in each state by funding recycling facility improvements, greater collection services, and recycling education.

In Maine, the legislation specifically addresses packaging and has producers paying the entire cost of packaging recycling. Municipalities should start receiving their first payments by 2027, if not sooner. In Oregon, the waste in question is a bit broader and could also include flyers, food service ware, and plastic bags, but producers are responsible for only about 25% of the cost. This law will take to take effect in mid-2025.

The producer fees will vary depending on the ease of recyclability, use of post-consumer recycled content, and the environmental impacts of the materials. Thus, the laws address some of the issues that have plagued the recycling industry: the vast array of varied materials, the toxicity of some materials, the enormous quantity of materials in the waste stream, and the burden on local governments.

Currently, manufacturers have little motivation to worry about the disposal and sustainability of their products. Why? They don’t have to foot the bill or take back their products for responsible disposal. Ideally, the fees these laws will impose on corporations will add a financial incentive for them to use more sustainable packaging.

“Maine’s approach of charging brands and manufacturers to pay cities for recycling services is an improvement over programs that give all of the operational and material control to producers, where the fox is directly in charge of the hen house,” said Martin Bourque, executive director of Berkeley’s Ecology Center.

The details for EPR in Maine and Oregon are still taking shape; there won’t be tangible results for several years. However, the legislation looks promising for reducing waste at the source.

EPR Laws Exist Across the Globe

Although Maine and Oregon are the first states in the U.S. to create EPR laws for packaging, this concept is widespread in Europe. The vast majority of European countries have such laws, as do Brazil, Australia, Japan, Korea, Russia, and much of Canada. And many of these laws are not new.

For example, in Korea, the government introduced an EPR system in 2000, which includes packaging plus lubricants, tires, batteries, electronics, and fluorescent light bulbs.

In the U.S., some states have EPR laws for certain goods like tires, mattresses, car batteries, and electronics — but not packaging — and they vary widely by location. Several states have proposed EPR laws, including California, New York, and Massachusetts, so the concept is likely to gain speed across the country. Potentially, these laws could impact additional goods, such as tires, batteries, and electronics.

Because the new legislation hasn’t really taken effect, we have no data yet for Maine and Oregon. And because Maine and Oregon have relatively small populations compared to other states, the new laws might create less of an incentive for producers to make significant leaps in sustainable packaging. Critics say EPR laws need to be strong enough to really hold producers responsible with ample accountability measures.

We can look at similar laws to get a sense of how effective they’ve been. For example, a mattress take-back law in Connecticut increased recycling rates from 8.7% to 63.5%. An $11.25 fee funds the program at the point of sale. However, package recycling is more complex than mattress recycling for several reasons, including those mentioned above.

Will the new EPR laws in Maine and Oregon achieve what they are intended to do? If they do, they will be an excellent way to save taxpayer dollars, spur innovation, and create a more sustainable world. Because EPR laws require producer responsibility for a product’s end-of-life, they could encourage waste reduction. And if more states join the movement, even more waste could be reduced. But time will tell. In the meantime, you can help by encouraging your elected officials to support EPR laws in your state.

This site uses User Verification plugin to reduce spam. See how your comment data is processed.
Bornholms. This includes the new black panther and, another new character riri williams as iron heart.