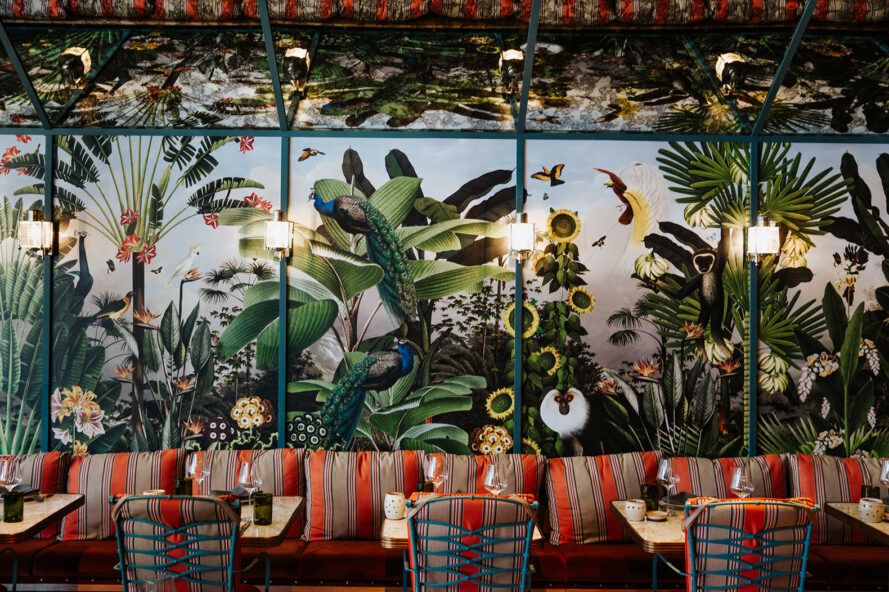 Ovolo is the world’s first hotel group to go vegetarian

In October 2020, Ovolo Hotels announced its “Year of the Veg” campaign. All the hotel restaurants went vegetarian for a whole year. It was such a success the hotel group decided to continue with the mostly plant-based (plus some lacto-ovo) menus. Now Ovolo is the first hotel chain to go all veg.

“It’s been a strategic move, but Ovolo prides itself on being an industry leader,” said Ovolo Group’s Founder and CEO Girish Jhunjhnuwala. “We believe that the world changes, therefore we continue to evolve — we want to ensure we are doing our bit to help preserve our environment, promote healthy eating and enhance the image of amazing vegetarian and plant-based dining.”

Since Ovolo’s founding in 2002, the company expanded to operate four hotels and three restaurants in Hong Kong, and eight hotels and seven restaurants across Australia.

Ovolo’s restaurants are serving up a lot more than salads and bean burgers. As Ovolo says in its veg Pledge Playbook, “’Vegetarian’ isn’t a restaurant concept.” The hotel group brought in chef consultants like Ian Curly, Matthew Kenny, Roy Ner and Shannon Martinez to craft menus appealing to all sorts of diners.

ZA ZA TA at Ovolo The Valley in Brisbane based its menu on the flavors of Tel Aviv, with dishes like cauliflower shawarma with curry leaf and green mango and black barley, cucumber and lime tabbouleh. In Melbourne, Lona Misa is Latin American. Monster Kitchen in Canberra has an Asian flair, with dishes like bush tomato tartare with wasabi and sesame, and a purple cauliflower steak with miso. The Alibi Bar & Kitchen in Woolloomooloo offers an eight-course chef’s tasting menu.

While the restaurants are all veg, the hotel chain decided to leave some meat options on conference and event menus. Maybe there will be a “year of the veg conference” in 2023?

Ovolo’s Vedge Pledge Playbook is an especially interesting aspect of the hotel collection’s switch to meatless. This nine-page document is publicly available and advises other hotel chains how to go veg. It leads with top reasons to switch, such as treating the environment with love and respect, eating consciously to make the body and mind feel good and celebrating the rise of vegetarian cuisine. In line with its upbeat spin, the playbook doesn’t mention any dead animals.

The next section talks about preparing for this switch to veg with both internal and external messaging. It mentions that Ovolo had an overwhelmingly positive response to transitioning to plant-based cuisine, but you have to be prepared to lose some customers. Also, some chefs. Guests should be prepared ahead of time so they’re not blindsided by the lack of steak.

“Don’t focus on what’s no longer on the menu — keep the focus on your exciting new food,” the playbook said. And don’t just target vegetarians and vegans. “Plant-based food is for everyone. Reassure your guests that no matter what their dietary style, they are in for an amazing dining experience.”

The “designing your menu” section stresses creativity. “Balance your menu with dishes that range from light to heavy, with a variety of textures, flavors and techniques, from smoking to fermentation to molecular techniques,” the playbook said. It also suggests some excellent ideas, such as serving a vegan high tea.

Drinks can be veg, too

The hotel group has also overhauled its bars to focus on vegan cocktails. Bartenders can substitute aquafaba for the egg whites traditionally used in drinks like pisco sours and gin fizzes. Some bars will add a seasonal focus. They also plan a strong non-alcoholic menu as part of a health-conscious direction.

“Coming up with healthier, vegetarian-led beverage options has been a creative challenge that our team has really enjoyed,” said Andrea Gualdi, Ovolo’s newly appointed creative beverage director. “We have access to some incredibly progressive Australian producers, both in the alcoholic and non-alcoholic categories, and we’re proud to represent more of those producers across our new menus, with a strong focus on seasonality and local producers.”

This is exciting news for vegetarians and vegans traveling in Australia and Hong Kong. And probably beyond, due to a ripple effect. As awareness of the links between animal consumption and the environment rise, and more people stretch Meatless Monday to the occasional Tuesday and Wednesday as well, we’re hoping they will be satisfied by a cauliflower steak.

So far, Ovolo’s experiment has paid off.

“Our move to vegetarian dining has been even more successful than we anticipated, and we now find ourselves part of a new wave of plant-based pioneers,” said Ian Curley, Ovolo Group’s creative partner. “The one big lesson we have learned from our bold experiment: never underestimate your guests. A key focus for us has been ensuring we are creating something that still appeals to everyone — from vegans to flexitarians, and those who are simply keen on expanding their palate.”