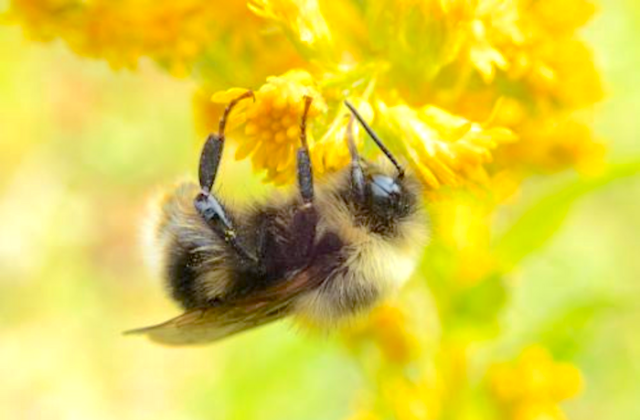 A census of California bumble bees failed to locate several once-common species, including the formerly abundant Western bumble bee, a key pollinator for many wild plants and crops.

“We didn’t find it even once,” said University of California Riverside entomologist Hollis Woodard, a co-author of the study. “If it was okay, we should have seen it.”

In the first statewide survey of bumble bees in nearly 40 years, scientists collected hundreds of bees at 17 sites in largely mountainous parts of Northern California. The team attempted to collect bees at four additional sites in Southern California, but they could not find more than 10 bees in those areas and so excluded them from the study.

In total, their search turned up just 17 of the 25 bumble bee species historically known to reside in the state. The findings were published in the journal Ecology and Evolution.

While scientists said they may have found additional species had they broadened their search, their study nonetheless attests to the growing threats facing California bees, with even the most commonly found species, the yellow-faced bumble bee, seeing its range shrink.

“Even the most dominant species has lost a lot of suitable habitat since the last large-scale survey,” Woodard said. “The winner is not doing great.”

Globally, bees are in decline, imperiled by habitat loss, widespread use of pesticides, and climate change. Their shrinking numbers pose a critical threat to agriculture. In the U.S. alone, bumble bees help pollinate $3 billion worth of crops each year, including tomatoes, peppers, and cranberries.