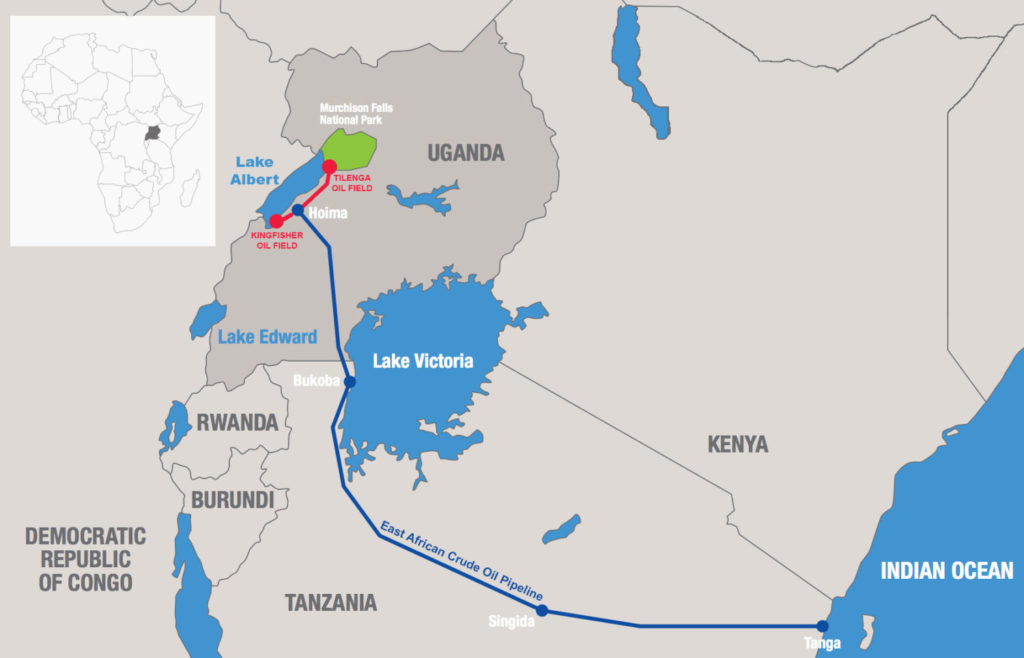 A controversial oil pipeline project, which would connect oilfields in Uganda to the port of Tanga on the coast of Tanzania, is facing stiff opposition from environmentalists, who have rallied a growing number of banks and insurers to their cause.

Allianz Group pulled out of the East African Crude Oil Pipeline project this week, joining seven other insurance companies and 15 banks that have declined to back the pipeline, among them, Swiss Re, HSBC, and BNP Paribas, the Associated Press reports.

Prominent African climate activists such as Vanessa Nakate and Hilda Nakabuye, along with a number of environmental groups, including 350.org, have led the pressure campaign on banks and insurers. Advocates have also challenged the pipeline in the East African Court of Justice, an international court tasked with resolving disputes in the region.

TotalEnergies, the French oil giant that is heading up the pipeline project, has said the project complies with environmental laws in Uganda and Tanzania, though opponents warn that construction of the 900-mile-long pipeline could displace more than 14,000 families and threatens to contaminate water supplies and harm wildlife. Oil carried in the pipeline will also produce some 34 million metric tons of carbon dioxide each year, more than the combined emissions of Uganda and Tanzania.

“The climate crisis is affecting many people in Africa,” Nakate said at an event on Wednesday. “There is no future in the fossil fuel industry, which has done more harm than good in much of Africa. We cannot eat oil nor drink oil.”