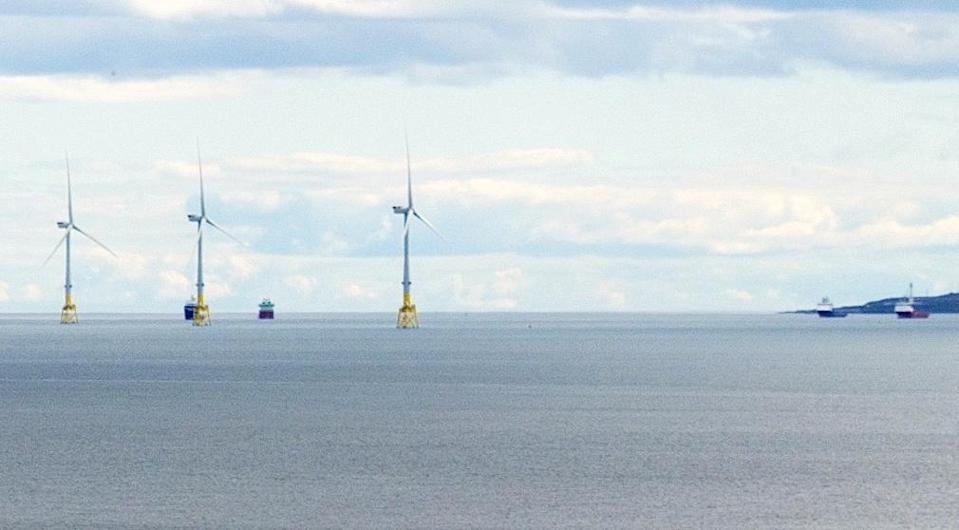 Having won rights to develop wind farms off the coast of Scotland, Shell, Total, and BP are set to invest more in wind power than in oil and gas drilling in the North Sea in the years ahead, the latest evidence of oil majors changing tack on renewables to better navigate the energy transition.

“Even before the ScotWind round, TotalEnergies was set to spend more over the next few years on offshore wind than on oil and gas development in the U.K.,” Norman Valentine, a research director at Wood Mackenzie, told Bloomberg. “BP’s capital investment in U.K. offshore wind was also set to eclipse oil and gas by mid-decade even without its new ScotWind projects.” Additionally, Shell’s spending on two proposed wind projects in Scottish waters could exceed its oil and gas investment later this decade, according to Valentine.

Shell is dismantling its rigs in the North Sea’s Brent oil field, while BP has sold off its interest in the Forties oil field. Both oil deposits lie just off the coast of Scotland. Total, meanwhile, has opened an offshore wind hub at its oil and gas center in Aberdeen, Scotland, which will allow workers to move from oil and gas to wind as the company ramps up investment in renewables.

“With the energy transition gathering speed, we see Scotland as a great place to broaden our relationship by investing in offshore wind,” Total CEO Patrick Pouyanné said in a statement.

European oil majors have outpaced their American counterparts, such as Exxon, for investments in renewable energy. But even Exxon vows to green its operations, pledging this week to reach net-zero emissions from oil, gas, and chemical production by 2050.

Firms are responding, in part, to signals from investors. This week, Larry Fink, CEO of BlackRock, the world’s largest investment fund manager, wrote in a letter to CEOs, “I believe the decarbonizing of the global economy is going to create the greatest investment opportunity of our lifetime. It will also leave behind the companies that don’t adapt, regardless of what industry they are in.”

This site uses User Verification plugin to reduce spam. See how your comment data is processed.
Visitors to the website can download and extract any location data from images on the website. 13 de enero de 2023. Home modern - naga export.