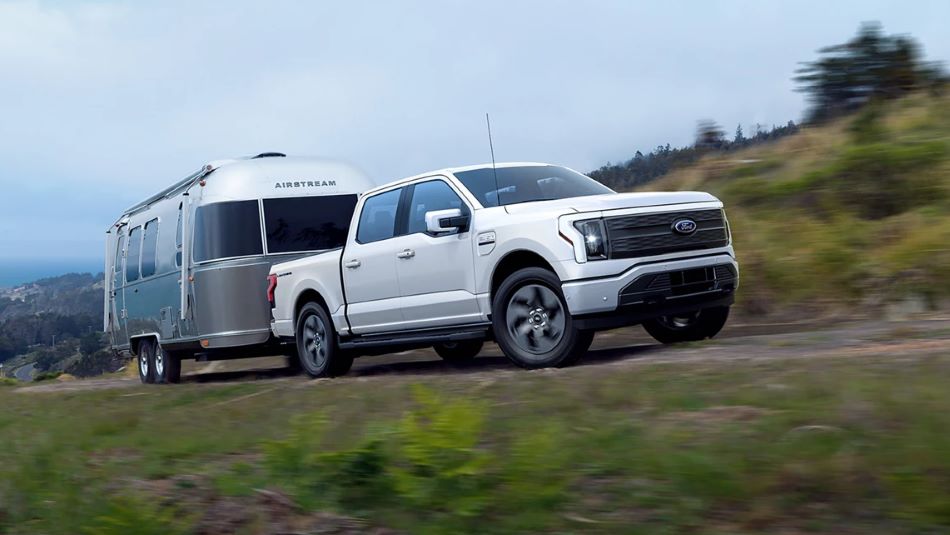 2022 is shaping up to be an exciting year for truck lovers as more truck manufacturers roll out their new electric models. In the third segment of our four-part series about new EVs in 2022, we’re exploring the soon-to-be burgeoning electric pickup truck market.

Pickup trucks are the lifeblood of the U.S. auto industry. In fact, Ford’s F-series has been the top-selling vehicle in the U.S. for 39 consecutive years, and pickups made up 20% of all new vehicle sales in 2020. Certainly, pickups have unmatched off-roading, towing, and hauling abilities and excellent ground clearance for snow.

But with all these capabilities, pickups aren’t the most fuel-efficient vehicles on the market. For example, the 2021 F-150 gets between 15 and 25 miles per gallon, with hybrids on the higher end of the fuel economy spectrum. Going electric is certainly an excellent way to reduce emissions, but the new electric pickups coming out now also have some awe-inspiring qualities combined with long driving ranges.

Ford’s all-electric version of the popular full-size F-150 pickup should hit the market in spring 2022, with a starting price of $39,974. The standard electric pickup has a range of 230 miles and 426 horsepower. The extended-range version goes 300 miles on a charge, delivers 563 horsepower, and has a towing capacity of 10,000 pounds. Both models feature a military-grade aluminum-alloy body, a dual-motor all-wheel-drive setup, and can go from 0 to 60 mph in roughly 4.5 seconds. The F-150 Lightning also has one of the most impressive frunks (front trunk) in the EV industry.

One imposing new feature is Intelligent Backup Power, which can provide 9.6 kW of energy for use by a home, tools or appliances. During a power outage, it can power the home from the truck’s battery pack through the hardwired wall charger to the electrical panel. This sounds far cleaner and quieter than using a backup generator. The F-150 Lighting also features outlets in the cab, bed, and frunk to power electronics and appliances on the go.

In some areas, utility customers pay different electricity rates depending on the time of day. In the future, the F-150 Lightning will allow people to power their homes from the truck’s battery during higher electrical rates and then recharge at night, when the rates are lowest, reducing electrical bills by consuming lower-cost electricity. Ford reports that 160,000 customers have placed reservations for the F-150 Lightening, so it may be several years before they are easy to find at dealerships.

The gas-guzzling General Motors brand was discontinued in 2010 and is making a comeback as an all-electric sub-brand under the GMC name in the fall of 2022. The Hummer is first re-appearing as a electric pickup truck and later as an eSUV.

The Hummer’s top powertrain option delivers 1,000 horsepower using three electric motors. It touts a range of 350 miles and accelerates from 0 to 60 mph in 3 seconds. For now, only pickup model is available, but GMC plans to offer the Hummer EV2 with a less powerful drivetrain and two motors in 2023.

This is the first all-electric pickup truck to hit the market, which is considered a triumph over Tesla and Ford. The zippy pickup boasts 800 horsepower and can go from 0 to 60 mph in 3.0 seconds. In addition, the R1T can tow 11,000 pounds and has a payload capacity of 1,760 pounds.

Originally anticipated in 2020, its release was delayed due to a global semiconductor shortage, but production began in September 2021. The Rivian has a starting price of $67,500 and a 314-mile range, and a 400-mile version will be available in early 2022 for an additional $10,000. All-wheel drive is a standard feature on the R1T and each wheel is powered by an electric motor.

Rivian also has an SUV coming in 2022 and plans to manufacture 100,000 electric delivery vans for Amazon by 2024. The American start-up manufactures its vehicles domestically will sell directly to customers. Rivian plans to set up service centers and stores, like Tesla.

This futuristic-looking vehicle has a sharp-edged exterior, and Tesla enthusiasts are saying it will challenge top-selling pickup trucks. According to Tesla, the Cybertruck has “better utility than a truck with more performance than a sports car.” With Ultra-Hard 30X Cold-Rolled stainless-steel structural skin and Tesla armor glass (which shattered when Tesla founder Elon Musk announced the “unbreakable” windows in 2019), it’s designed for both strength and endurance.

The Cybertruck has a towing capacity of over 14,000 lbs., seats six, and the extended-range model can travel over 500 miles on a single charge. A single-motor option has rear-wheel drive, and the dual and tri-motor options provide all-wheel drive. The three-motor version reportedly can go from 0 to 60 mph in 2.9 seconds with top speeds of 130 mph.

The latest estimates say the dual and tri-motor models will be available in 2022 and the less expensive single-motor Cybertruck in late 2023. The starting prices are $39,900, $49,900, and $69,900 for the Cybertruck single, double, and triple-motor models, respectively.

The variety of electric pickups is likely to increase as more automakers respond to demand for light trucks. Chevy announced it will introduce an electric Silverado in 2023 or 2024, one with a 400-mile range. Dodge has said a Ram electric model will be available by 2024.