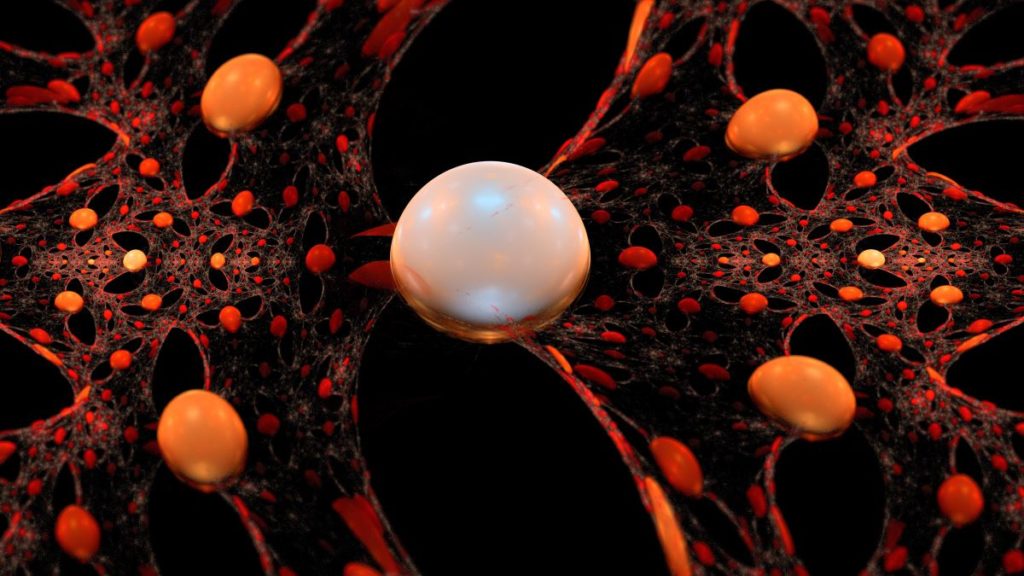 Nanomaterials sound like science fiction. New materials that can make microchips 100 times smaller while running thousands of times faster, nanomaterials also transform sunscreen from a white paste into a sheer cream that absorbs UV rays. It sounds too good to be true. And it might be. No one really knows how safe nanomaterials are. But that hasn’t stopped companies from putting them into thousands of consumer products.

The word nanomaterial, often used interchangeably with nanoparticle, does not refer to a specific substance. Rather, nanomaterials are defined by their size, which is less than 100 nanometers across. One nanometer is one-millionth of a millimeter — too small to be seen without an electron microscope. Although some nanomaterials exist in nature, most discussion is focused on engineered nanomaterials (ENMs). Commonly used nanomaterials include carbon structures, titanium oxides, and other metals, including silver.

Their size gives them unique properties that are useful for creating more effective pharmaceuticals, stronger materials, and smaller electronics. They are even useful in environmental remediation, where they can bind with toxins to neutralize them.

Nanomaterials are many things. But they are not regulated.

Because nanomaterials are relatively new, governments have not developed rules for their use in consumer products or even for labeling products that contain them. Although environmentalists adhere to the precautionary principle, governments rarely act in the absence of solid data documenting harm. So far, most research involving nanomaterials has focused on their development and potential applications. Safety research on their behavior in the environment or potential health impacts to humans is scarce.

However, one European study analyzed nanomaterials in an aquatic system. Similar to microplastics, nanomaterials entered the food chain and bioaccumulated, concentrating in the brains of fish. It is also known that nanoparticles can enter the human body through inhalation, ingestion, and even through the skin. Fibrous carbon nanomaterials can induce lung inflammation similar to asbestos.

If you find these red flags concerning and want to avoid nanomaterials until they are proven safe, you are in for a challenge. Companies rarely disclose their use of nanomaterials, which are already widespread in products such as sunscreens, cosmetics, sporting goods, stain-resistant clothing, tires, and electronics. And although there are resources to help people avoid toxins in consumer products, undisclosed nanomaterials are not easy to detect.

The Consumer Products Inventory lists over 1,600 products identified by the manufacturer as containing nanoparticles. The Campaign for Safe Cosmetics maintains a list of ingredients that can indicate the presence of nanomaterials in personal products. But without regulation, there is no guarantee that nanoparticles are absent when they are not listed.

You can use your power as a consumer to let companies know that you are concerned about the use of nanomaterials and want to see more research about their safety. Let your elected representatives know you support strengthening the FDA’s ability to regulate cosmetic safety and that you support the provisions of the Safe Cosmetics and Personal Care Products Act of 2019.

This article was originally published on March 12, 2021.

This site uses User Verification plugin to reduce spam. See how your comment data is processed.
These tattoos were much more than just traditional decoration. Tag på gådejagt med mystery makers i københavn.