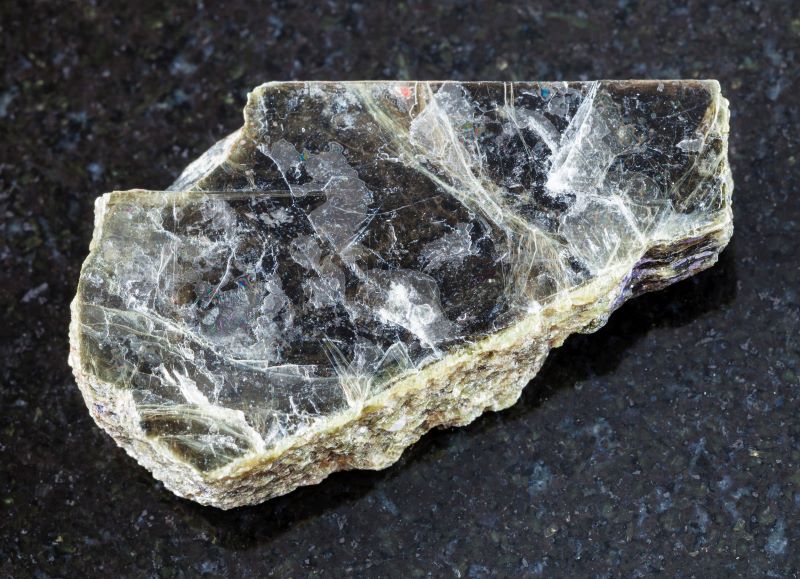 Whether you want to glitter like a disco drag queen or just want a subtle shimmer to brighten your face, the ingredient that gives your makeup its sparkle is mica. Unfortunately, the mineral that makes you look pretty has a pretty ugly backstory that might make you decide au naturel is a good look. But if the thought of going out bare-faced gives you nightmares, there are some better options for shine.

It’s no secret that personal care and beauty products are among the least regulated industries in the U.S. American consumers looking for safer cosmetics turn to the Campaign for Safe Cosmetics and the EWG Skin Deep Database to find nontoxic personal care products. EWG rates mica as an ingredient with a relatively safe score of 2. That’s good news for your health, since mica is present in nearly every type of cosmetic product – not just the ones that promise shimmer. Even products like deodorant and shaving cream frequently employ mica as a thickener.

Mica is a group of 34 naturally occurring silicate minerals with a layered structure that makes it shine. People have been using it to bring sparkle into their lives since the ancient Maya mixed it with stucco. The mica that is used in makeup mostly comes from small mines in India. Although small-scale mining can be a better choice than industrial mining, up to 70% of the mica in India is collected illegally from former industrial mines. These mines officially closed when the forests in which they are located became protected by India’s Forest Conservation Act. Illegal mine operators supplement their income through illegal logging, which clears more area to expand their operations

Worse than the environmental impact of mica mining is the direct human cost. Many destitute families scavenge mica fragments with their bare hands from abandoned pit mines where they inhale mica dust and damage their lungs in exchange for 150 rupees (about $2) for 20 kilograms (44 pounds) of mica. A Dutch NGO reports that up to 20,000 children as young as age five or six are working in illegal Indian mica mines. An investigation by the Thompson Reuters Foundation revealed that in three months in 2016, several children were killed while working in illegal mica mines in India. The Dutch study also found evidence of child labor and illegal mining in Madagascar and identified China, Sri Lanka, Pakistan, and Brazil as suspect based on discrepancies between production and trade figures for mica.

There are several brands that offer mica-free makeup. Most Rejuva products are mica-free, and Omiana’s website is searchable with a mica-free filter. There is no third-party verification for mica-free products. If you want to avoid mica completely, you will have to read ingredient lists carefully. Mica can be listed as muscovite, fluorophlogopite, or sericite.

Some products use glitter instead of mica. But glitter is made from small pieces of plastic, which behave like microplastics when they enter waterways – which they do. There are some new biodegradable glitters, but they don’t appear to be any less harmful in aquatic ecosystems. Glitter is not a great alternative to mica.

The Responsible Mica Initiative (RMI), an international nonprofit organization based in France, aims to create responsible, traceable mica supply chains. Working in partnership with local stakeholders in India, their programs aim to simultaneously develop supply chain maps and workplace standards; empower communities in mining areas; and establish an enforceable legal framework for continued mining. There are now more than 75 companies participating in RMI, including Burts Bees, L’Oreal, and Sephora.

There is a synthetic alternative to mined mica, and some companies – most vocally Lush – advocate it as a better material for use in cosmetics. They claim better purity and a particle size that makes for brighter colors. Synthetic mica is created in a lab from magnesium aluminum silicate sheets. There doesn’t seem to be any information on the environmental impacts of producing synthetic mica, but its laboratory origin should at least guarantee that it’s free from child labor.

The simplest solution would be to avoid makeup altogether. Your personal boycott of mica cosmetics is not going to make a difference. Mica is also used in auto paint, gypsum wallboard, electrical insulators, and dozens of other products. There isn’t a clear winner between RMI and synthetic mica. Whatever you buy, the most effective way to make a difference is by reaching out to cosmetic companies. Let them know you care about the environmental impact of your cosmetics and that you do not want your money supporting child labor.