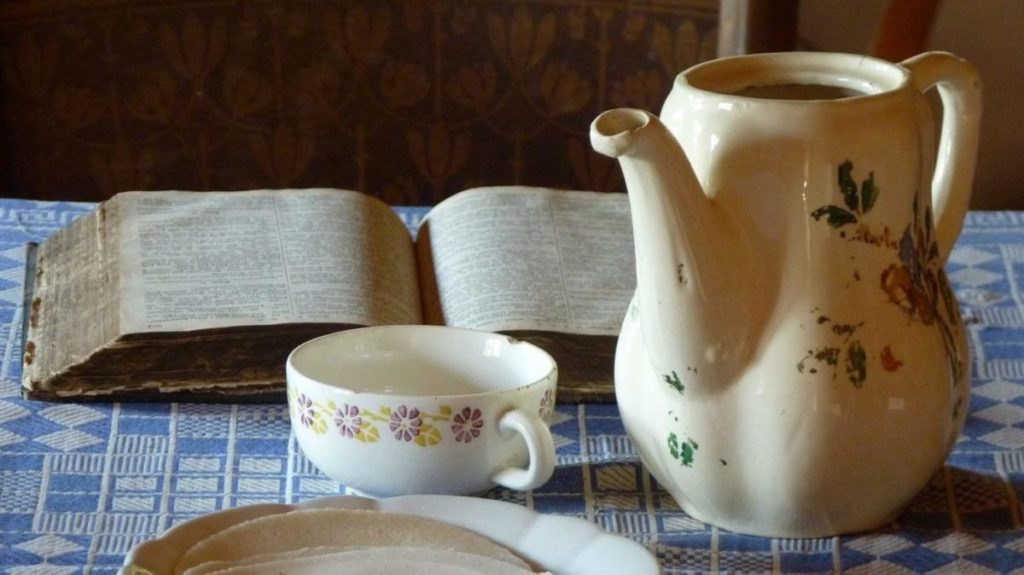 This was one of Mom’s sayings: “The cracked cup remains.”

It meant that just because something doesn’t look perfect, you shouldn’t discard it if it still functions. The cup with a chip in its saucer was still good for her morning espresso. And she used a little knife with a partially-melted handle for years, preparing wonderful meals instead of shopping for a new knife. There was nothing better than that knife, because it worked.

Both of these items remain with me because they are still useful.

I question our culture’s obsession with new things. I wonder why we need things to look perfect. Is a little chip in a saucer so terrible? If a knife has a damaged handle but still has a sharp blade, why can’t it still be used?

We consume too much and dispose of too much to the detriment of our environment. The siren call of the dollar/deals stores is particularly problematic. Shoppers flock to purchase low-quality merchandise in large quantities — because it’s so cheap. So, they get the instant gratification of buying stuff, only to have to throw it away because it breaks or wears out quickly.

We can avoid excessive consumption and keep stuff out of the landfills by keeping and using items that don’t look brand new but still work. An old book with a torn cover is still entertaining. A cracked cup can still hold tea. By letting go of perfection and focusing on reuse, we can save money and really help Mother Earth.

What have you got from a decade or a century ago that still works? Treasure your still-useful cracked and melted items!

Feature image courtesy of Sweetaholic, Pixabay. This post was originally published on January 30, 2019.