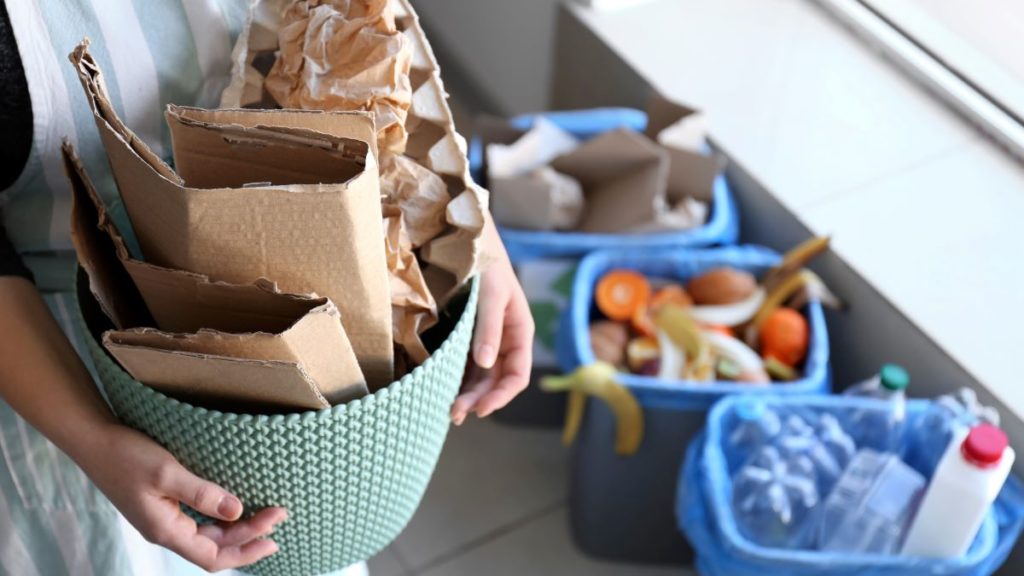 I remember my mother’s reaction when recycling became mandatory in New York City in 1989. “What!? I have to separate garbage now? Oh, what a pain!” And when my mother-in-law Lucy learned that not only did she have to separate her recyclables, she had to clean out jars and cans, too, she was very upset. “I refuse to wash garbage!” she declared.

Lucy lived through a time when people happily saved items like tin cans, nylon stockings, and even cooking grease for the war effort in the 1940s. But in 1989, even though I reasoned with her that items needed to be rinsed, not squeaky clean, the idea of putting that much effort into recycling did not make sense to her.

Eventually, Lucy and Mom did the right thing for recycling day … sort of. They got used to separating out plastics, glass, and metals. Unfortunately, they didn’t always clean out their jars and cans.

Rinsing out cans and jars is just one of the things we should do to make sure that the items we put in our bins can actually get recycled. Similarly, it’s important to know which items our local recycling service accepts, and what we should not put in our recycling bins.

It’s also a good idea to check the local waste service website every so often. There may be changes in what the recycling service can accept, or your recycling day might change. And there may be other changes, especially during times of crisis such as the early days of the current pandemic.

By being flexible and keeping current with any changes, we can help make recycling work.

This article was originally published on May 13, 2020.