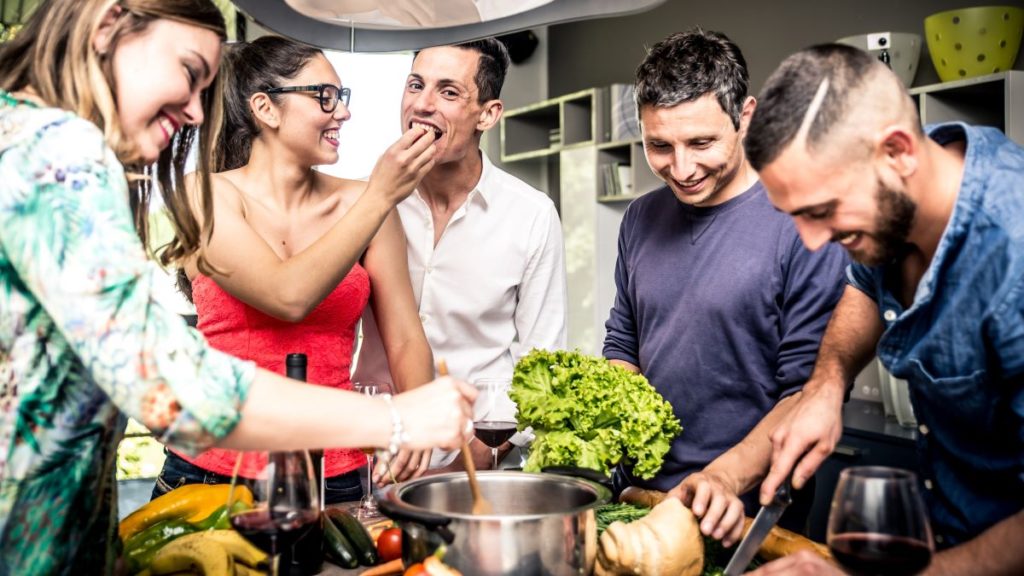 I enjoyed hearing stories from my boyfriend Ronnie about the meals he used to share with the older men in the neighborhood. They called it “Mulligan stew” after a meal that is traditionally associated with hobos in the early 1900s. The stew was made from whatever ingredients were available, cooked in one pot, and shared by the group.

In Ronnie’s group, he was the chef. A former short-order cook, he really had a knack for making a tasty stew or soup out of whatever the men brought. And that might include a can of beans or carrots, a small piece of ham, some instant noodles, or some bouillon cubes. He would combine all the ingredients in one pot to make a tasty and satisfying meal.

The men in Ronnie’s group had one rule: They had to eat all of the Mulligan stew in one meal. Just as if they were hobos with no place to store any leftovers, they used up all of the food they brought. Nothing was wasted.

Last weekend, I made my own version of Mulligan stew. I had a small chicken breast, a handful of frozen broccoli, a small can of peas, and some noodles. And for flavor, I added soy, ginger, and garlic powder. Cooked in one pot, it made a substantial and satisfying meal.

It occurs to me that this poor man’s version of pot luck is a wonderful way to prevent food waste. If each person brings food that needs to be used, it goes into the pot instead of becoming waste. Instead, it becomes part of a good meal to be enjoyed with friends.