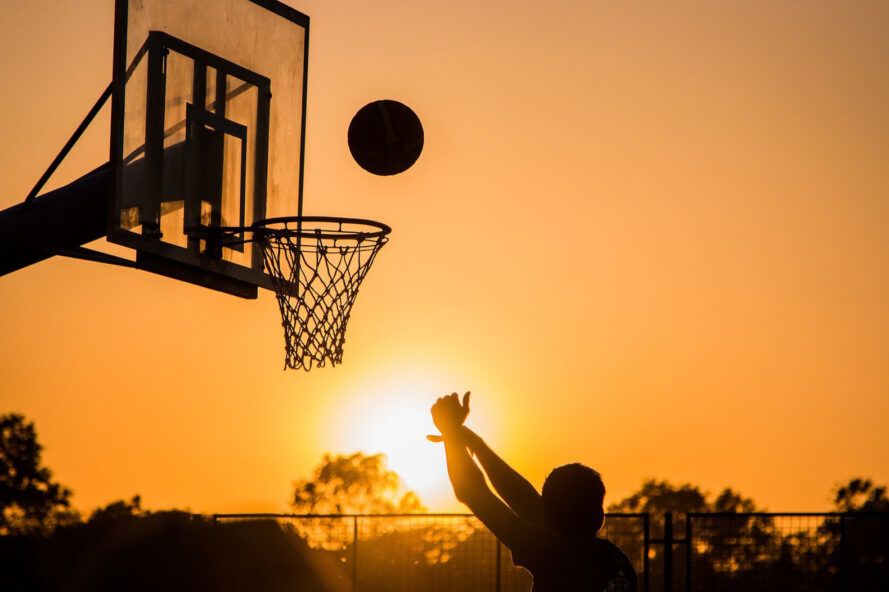 Spring is a time of activity and industry, both in nature and the sports world. While the opening days of spring typically signify the beginning of baseball season, there is another major sporting event on the calendar just before spring officially opens — March Madness. March Madness is a college basketball tournament, which hosts nearly 70 teams competing for the National Collegiate Athletic Association (NCAA) title.

Participants, teams, coaches, training staff, family, fans, scouts, spectators, media outlets, photographers and other attendees travel to March Madness events from around the country. Some even travel internationally. That travel, along with the resources required to accommodate stays during the competition, comes with a seemingly immeasurable cost to the environment.

In fact, it is measurable, as seen in a recently-published research paper in the Journal of Cleaner Production. The paper, titled “Bracketing sustainability: Carbon footprinting March Madness to rethink sustainable tourism approaches and measurements,” takes a green approach to the tournament. Published by authors J.A. Cooper and Brian P. McCullough, the research “quantifies the carbon footprint of the 2019 National Collegiate Athletic Association Men’s Basketball Tournament by considering the travel of fans and teams, food, waste, lodging, and stadium operations.”

It’s not too surprising that such a large event carries a substantial carbon footprint. Researchers found that “the footprint is approximated at 210 million kilograms of carbon dioxide equivalents. Broken down, this equates to about 500 kg per participant.” Ouch.

Also unsurprisingly, travel is responsible for nearly 80% of that total. The sheer movement of that number of people means additional pollution from car, bus, train or plane emissions. For the environment, it’s the equivalent of single-use plastic — a heavy impact for a very brief period.

In addition to the damage from extensive travel, the event adds to the waste stream through concessions and other products used at the venues. Then there’s the additional water and electricity consumption during hotel stays. The arena also requires copious resources to power the Jumbotron and keep the hot dogs warm. Although most of the impact is seen through travel, those who watch the games at home also consume energy, likely along with party supplies, food and drink that all carry a carbon load.

Because the event draws in fans and tourists to locations across the nation, consumption is another piece of the puzzle. Memorabilia and souvenirs from the event range from trinkets to clothing, all produced before the event and often stamped with the date and thrown out after the tournament concludes.

Like all things related to consumption and waste, there are solutions to the problem and therefore hope for cleaning up the event. For example, staying in an eco-friendly hotel leads to water and energy savings. Even how you pack your bag can make a difference. For example, rely on refillable containers for shampoo, conditioner, body wash, lotion and other liquids. Leave the hotel samples untouched. Similarly, decline maid service and reuse linens during your stay instead of sourcing fresh ones.

To minimize travel emissions, bike, walk or take public transit whenever possible. It will also save you a bundle on car rentals and parking fees. If you need to rent a car, prioritize those with high fuel efficiency. Other tips include bringing a refillable water bottle, taking pictures of souvenirs rather than purchasing them, choosing meals that are not prepackaged and waiting to enjoy the celebratory beer when you can get it in a real pint glass instead of disposable plastic.

Every person watching the event can have a positive impact on reducing pollution, consumption and waste associated with the event. Two sustainability students from Indiana set an example for sustainable solutions by cleaning up the event across five venues in their home state during the tournament. Indiana University–Purdue University Indianapolis junior Jonathon Lewis and sophomore Megan Grubbs worked with Heritage, ClimeCo, the NCAA and other invested parties to minimize and offset carbon, which resulted in a carbon-neutral March Madness for the first time in its 82-year history.

The first step toward any change is acknowledging the problem. Grubbs and Lewis’s efforts and Cooper and McCullough’s study shine a giant spotlight on it. The researchers hope that organizations and industries will use the results as a launching point for making changes toward a more sustainable event.

It’s not like March Madness is the only tourist or sporting event to manufacture a massive carbon footprint. In reality, it’s simply a prime example of the waste and emissions caused by large gatherings. The overall goal is to use the research process as a template for calculating the carbon footprint of larger and smaller events. This way, organizers can calculate the environmental impact and work toward sustainable solutions.

This site uses User Verification plugin to reduce spam. See how your comment data is processed.
Animation has come a long way over the years, and there are a lot of dc animated movies that showcase this fact.