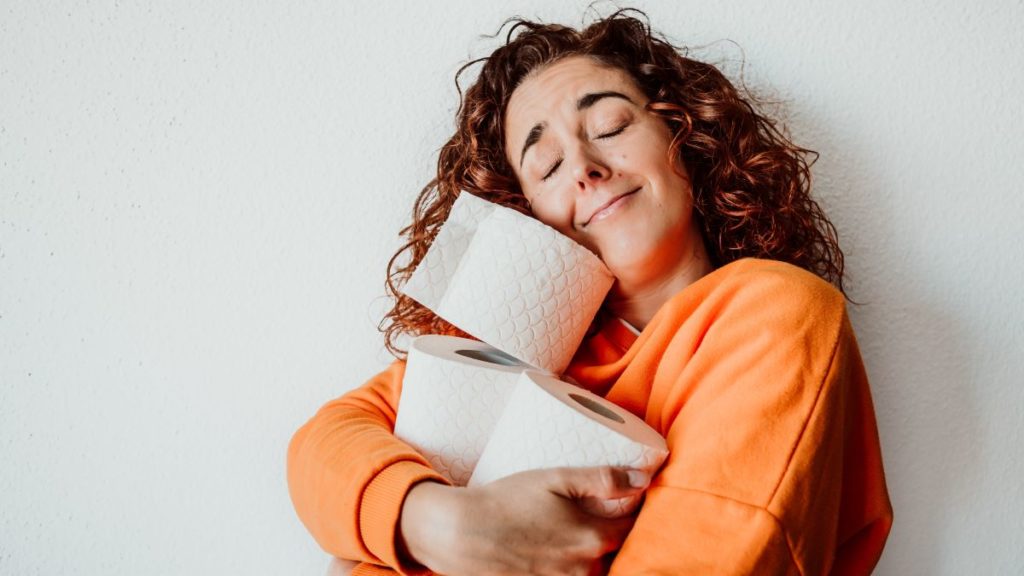 It’s Time To Rethink How Much Toilet Paper We Use Remember the children’s book Everyone Poops? Written by Taro Gomi, it shows all kinds of animals, including humans, in action. The reader sees animals pooping in water, on the move, and covering up their business with dirt. In the end, people are shown using the toilet, toilet paper, and flushing away.

We’re all for keeping things clean “down there,” but our use of TP is leaving behind some pretty dirty business.

What’s So Bad About Toilet Paper?

Toilet paper has such a large environmental impact that the Natural Resources Defense Council (NRDC) published not one, not two, but three reports in three years about the crisis.

Americans are the heaviest per capita users of toilet paper in the world. Most major U.S. brands rely on wood from the Canadian boreal forest. This forest is particularly important from a climate standpoint. According to NRDC reports:

“This great northern forest is the most carbon-dense, intact forest left on the planet, locking up in its soils and trees twice as much carbon as the world’s oil reserves.”

Logging in the boreal forest releases an estimated 26.4 million metric tons of carbon dioxide into the atmosphere. That’s roughly a quarter of all the carbon emitted from all the trucks in cars in the U.S. in 2019. Among the ways that toilet paper adds carbon into the atmosphere:

It’s Made With Mostly Virgin Fibers

We’re finally having a national and global conversation about reducing our consumption of resources. Yet there is little progress in replacing virgin fibers with recycled paper content for toilet paper.

How Much TP Do We Use?

Each person in the U.S. uses an estimated 141 rolls of toilet paper per year. Despite accounting for about 4% of the global population, Americans use 20% of the world’s toilet paper. Disturbingly, if you measured the toilet paper an average American uses in their lifetime, it would equal about 634 miles.

Looking at that another way, it takes one tree to make roughly 1,500 rolls of toilet paper. That comes out to over 31 million trees to make just one year’s supply of TP for everyone in the U.S.

Not everyone uses this much TP, though. A recent study looked at the average use of this paper product throughout the world and found that Italy, France, and Finland use less than one-half of the amount we use in the U.S. Many countries use even less. Check out the study’s per-country usage findings in the following interactive chart.

And in some places, people don’t use any toilet paper.

Everyone Poops — But Not Everyone Uses Toilet Paper

While pooping is universal, using toilet paper isn’t. Less than 30% of the world’s population uses toilet paper. That leaves a whopping 4 billion people who don’t. In some places, it’s because of access. People either don’t have money to spend on TP, or there’s none to be had. In other places it’s cultural.

What do people use instead? Mostly water.

Give Bidets a Try

In countries across Asia, Europe, and South America, people use bidets instead of toilet paper. Bidets come in many forms. All of them involve spraying water on your bottom to keep it clean.

Bidets are catching on slowly in the U.S., due to their lower environmental impact. Even Forbes magazine advocates switching to a bidet. They state that bidets are “more hygienic and better for the environment.”

(There are health conditions that bidets are not recommended for, so check with your physician before using one.)

Not a Fan of Bidets? Try Better Toilet Paper

We’re creatures of habit. We don’t like change, so a large-scale switch to bidets isn’t likely anytime soon. But switching toilet paper brands isn’t such a big change.

If you can’t imagine not wiping your backside, there are better-for-the-planet TP brands. Earth911 has a whole buying guide to help you find more sustainable brands. The guide ranks brands according to several factors:

The guide also looks at certifications and charitable giving for each company. Reel, Bim Bam Boo, and Who Gives a Crap earned the highest marks.

If nothing else, be conscious of how much TP you use. Do you really need a huge cushion of squares for a single wipe? By paying attention, you may discover you automatically rip off more squares than you really need for a given wipe. And reducing your use of TP isn’t just better for the planet; you’ll save money, too!

This site uses User Verification plugin to reduce spam. See how your comment data is processed.
A family history of diabetes. Juga.