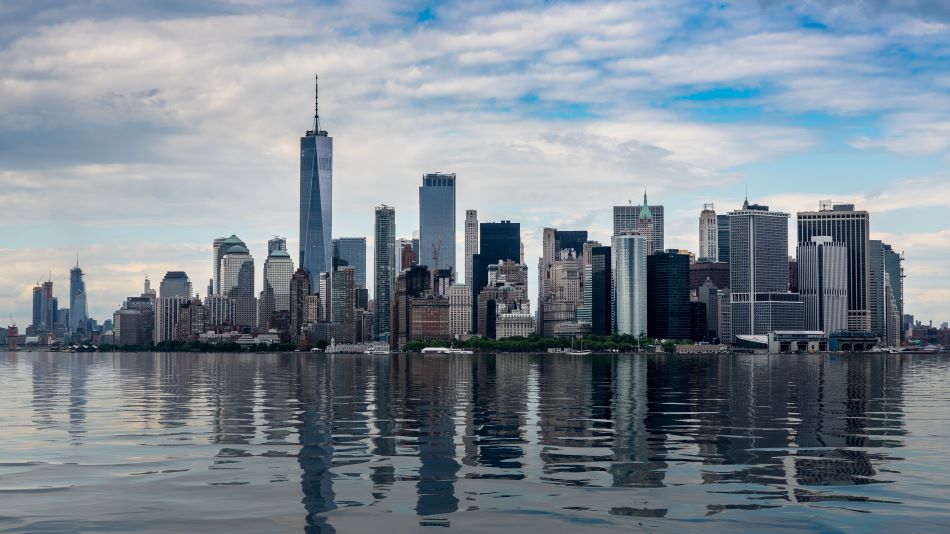 Is Your City Sinking? The Threat of Rising Sea Levels

The plight of the polar bears is tragic indeed, but if you need charismatic megafauna to make you care about climate change, you can just look in the mirror. The melting ice that is eliminating polar bear habitat is well on its way to eliminating human habitat as well. All that water pouring into the oceans is raising the sea levels. That’s bad news for the 40% of humanity that lives within 100 kilometers (62 miles) of the current coastline.

The most famous sinking city is Venice. Venice was built on timber piles on small islands in a lagoon. Those timber piles and the land they are built on are actually sinking, in a process called subsidence. In contrast, the cities that climate change will “sink” are staying put, but ocean waters are rising around them. Unlike the floods that occur during major storms, these ocean waters will not recede.

The primary impacts of sea-level rise include beach erosion, inundation of deltas, flooding, and loss of wetlands. Saltwater intrusion into coastal aquifers could affect water supplies. The increasing severity of storms and hurricanes will cause more damage further inland. Infrastructure like the internet, which relies on fiberoptic cables, is also at risk. And of course, private property will also be lost as waterfronts are submerged – and not just pricey beachfront houses; the richest and poorest communities are equally likely to be submerged.

Considering the severity of these impacts and the large number of people affected, rising sea levels are not getting much attention. One exception is the insurance industry, which is already feeling the financial impacts of climate-change-induced natural disasters. The Swiftest is a data analytics company that focuses on analyzing the risks inherent in pressing global issues. They recently released a report predicting which major world cities will “sink” first.

The report looked at the likely outcome of a global average temperature rise of 3 C (5.4 F). This is twice the amount that world governments have agreed is tolerable, but only 10% higher than expected if all nations meet their 2030 emissions targets. Regardless of emissions reductions, the world is already “locked in” to a predicted sea-level rise of 1 foot by 2050. If emissions continue along current trends, a 3-degree temperature rise is expected by the end of the century.

With a 3-degree temperature rise, sea levels are expected to rise 5 feet. The Swiftest examined global elevation maps to identify the coastal areas that would be submerged in this scenario. Their report identifies the 36 largest cities that will be impacted; how much of the current city would be submerged; and which airports and landmarks will be lost.

As the largest cities, Tokyo (population 37 million) and Mumbai (20 million) top the list, while smaller Asian cities like Kolkata (15 million) and Bangkok will be more severely affected. But the United States has its share of major coastal cities. Almost as large as Mumbai, New York City is the third-largest city on the list. Both major airports, Ellis Island, and 9/11 Memorial Park are subject to submersion if sea levels rise 5 feet. Amsterdam in the Netherlands and Alexandria, Egypt, will be mostly submerged, while the much smaller Nassau, Bahamas, could disappear completely.

San Francisco; Miami; Boston (including the campuses of both Harvard and MIT); Honolulu; Charleston, South Carolina; Long Beach, California; and Savannah, Georgia, will all lose territory to the ocean. Among American cities, New Orleans and Key West will be the most severely affected.

What Governments Can Do

Coastal communities must make difficult decisions to mitigate, adapt, or retreat from receding shorelines. More than 90 U.S. coastal cities are already experiencing chronic flooding – a number that is expected to double by 2030. Affected cities around the world are engineering solutions like sea walls, surge barriers, water pumps, and overflow chambers. Environmental solutions like wetland habitat restoration in coastal areas are also helping to mitigate the impacts of flooding. And where urban and environmental design are not enough, some cities have started planning to retreat from advancing waterlines.

Some coastal residents may be fortunate enough to participate in innovative adaptations like floating communities. Others might consider voluntarily moving to higher ground before they become climate refugees. There are financial reasons to avoid the waterfront: homes built near the high tide line are already selling for less, and insurance for waterfront properties is already more expensive. Flooding in low-lying coastal areas is already forcing people to migrate, and millions more are vulnerable.

Even if some sea-level rise is inevitable, we cannot abandon efforts to cut greenhouse gas emissions. Whether you live with an ocean view or hundreds of miles inland, reducing your carbon footprint is the most important step you can take to stop sea-level rise and myriad other negative impacts of climate change.