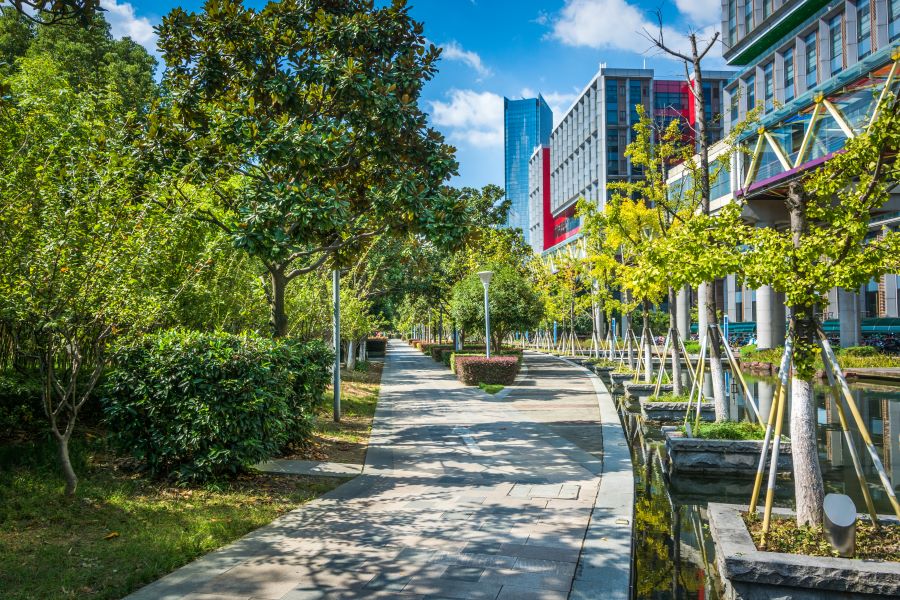 Investing in Trees With the Canopy Project

Tree planting is often dismissed as a “nice to have” but ultimately insignificant part of environmentalism. Like littering, many people think of it as the kind of minor environmental issue that doesn’t deserve the same attention as big topics like climate change. But forests act as carbon sinks; trees are among our strongest assets in reversing climate change. The United Nations Convention on Biological Diversity has called on world governments to protect 30% of lands by 2030 to combat climate change. But so much of the world’s forestland has been destroyed that to reach that number, we first need to reforest vast areas around the world. EarthDay.org is working to make it happen.

“The Canopy Project is a big, global reforestation campaign. Whether it’s through us or through a community a group, we’re really urging people to take tree cover seriously,” says EarthDay.org president and CEO Kathleen Rogers. Reforestation is more complicated than simply planting trees. Climate change has already made it harder for forests to regrow without active management. Many reforestation projects fail because nearby communities work at odds with them. Learning from historical reforestation failures, EarthDay.org developed the Canopy Project. This ambitious campaign has reforestation sites around the world and an aggressive goal of planting 10 million trees in 2022. But the campaign does more than simply plant trees.

What sets the Canopy Project apart from many other reforestation projects is that it recognizes the economic drivers of deforestation. The Canopy Project invests in local communities to provide economic benefits before the long-term improvements of land stabilization, improved soil health and groundwater recharge, and increased native and endemic fauna are felt. The Canopy Project ensures that the people who live near the planting projects benefit immediately by training local workers to care for the trees and harvest the produce. Strengthening food and economic security in nearby communities eliminates the need to harvest saplings for firewood or to plant soy as a cash crop.

“All of our campaigns have a big community element to them. We’re not just coming in and reforesting in places like Tanzania, because they’ll just cut it down for firewood. We have to have community projects and economic alternatives for them. A lot of our global projects are really 75% about the trees and 25% about the communities, and how you give them something to protect them from that lack of resources. You have to come up with a plan that will reforest, but also give the communities access to alternative fuels and jobs,” says Rogers. “This gets to the green economy.”

For example, Lira Forest Garden Project in Uganda combines large-scale reforestation efforts with smaller areas of farmland used for crops such as fruit trees. The project trains local farmers to optimize their fields’ productivity, eliminating the need to harvest trees or convert forests into fields. Education on agricultural best practices and tree care allows the village community to earn a sustainable income while helping to combat the climate crisis.

Land use is critical, but natural forests are not the only places that need trees. Another characteristic of the Canopy Project is that it recognizes the importance of tree cover in urban areas.

“Urban reforestation is a big one for us. There are a handful of communities that have good tree ordinances, so we’re starting to work on that,” says Rogers. In neighborhoods, trees – especially native species – provide important habitat for migratory birds and insects, including butterflies, as well as small wildlife. Tree cover helps to mitigate the urban heat island effect, reducing the cost and emissions of cooling buildings in the summer. Urban trees provide ecological services for humans, such as purifying the air and regulating local temperatures, and can even reduce stress and improve mood.

You can support the Canopy Project directly with a tax-deductible donation that in some locations can plant a tree for every dollar. And you can be part of the Canopy Project’s effort to protect urban trees by encouraging your local city or county government to pass tree protection ordinances that meet the guidelines of the International Society of Arboriculture.

But you can also do a lot to preserve and improve tree cover close to home. Before removing any trees on your property, consider the alternatives that will allow you to preserve them. If you have enough space, plant more trees at your home. If you don’t have room for your own trees, look for a local habitat restoration project to support – you may be able to help plant trees on public lands or in a local protected area.

This site uses User Verification plugin to reduce spam. See how your comment data is processed.
På sydsiden af ​​øen ligger det luksuriøse badehotel budersand. When looking for a locksmith in potters bar. Aarav creation is based in mumbai maharashtra.