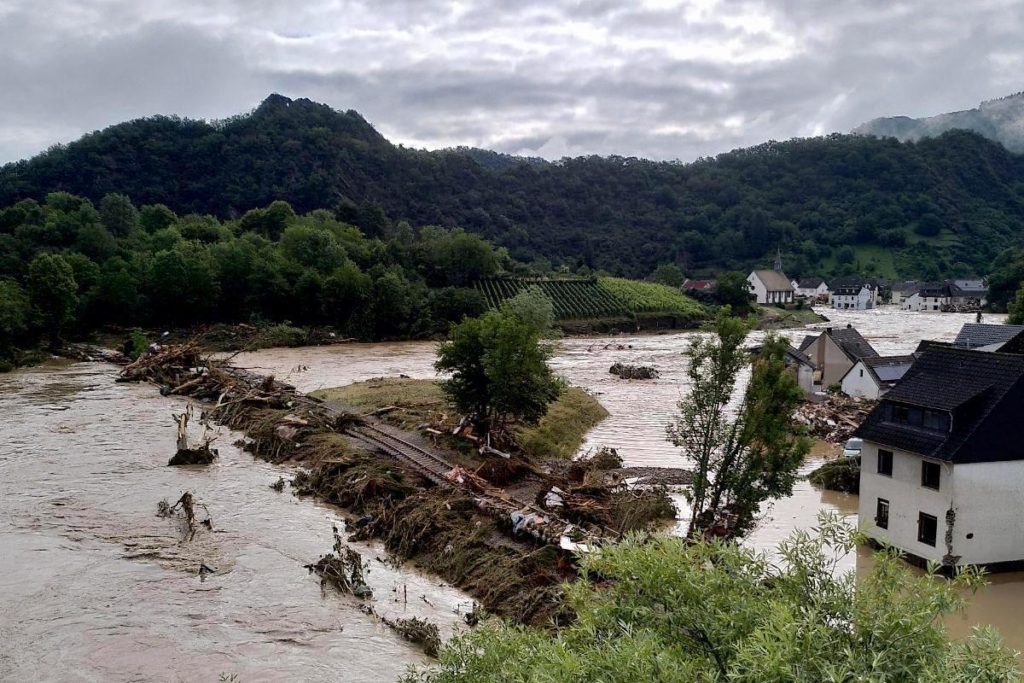 In the Wake of 2021’s Costly Deluges, Europe’s Banks and Insurers Face a Reckoning

With parts of Europe still recovering from last summer’s devastating floods, the European Central Bank (ECB) is gauging how commercial lenders would cope if flood-prone real estate were to suddenly lose nearly half of its value.

Last year saw $323 billion in losses from climate-related disasters worldwide, making it the third-costliest year on record, according to a new report from Aon, one of the world’s largest insurance brokers. The biggest blow came from the July floods in Europe, which inflicted $46 billion in damages and left the insurance industries in Germany, Belgium, and Luxembourg reeling from record-breaking losses.

Eying a future in which summer floods grow more frequent and intense, the ECB is gauging how banks would respond to a scenario in which the value of the most flood-prone real estate dropped by 45 percent in a single year, leaving Dutch and German banks particularly exposed, Bloomberg reported. The central bank will publish this and other stress testing scenarios later this week.

Stress tests will probe how banks would respond to changing market conditions in a warming climate, including higher prices on carbon and more disastrous floods and wildfires. The results of this year’s stress tests won’t lead to new capital requirements, but banks will eventually be made to guard against escalating risks associated with climate change.

“As catastrophic events increase in severity, the way that we assess and ultimately prepare for these risks cannot depend on solely historical data,” said Eric Andersen, president of Aon. “We need to look to technology like artificial intelligence and predictive models that are constantly learning and evolving to map the volatility of a changing climate.”