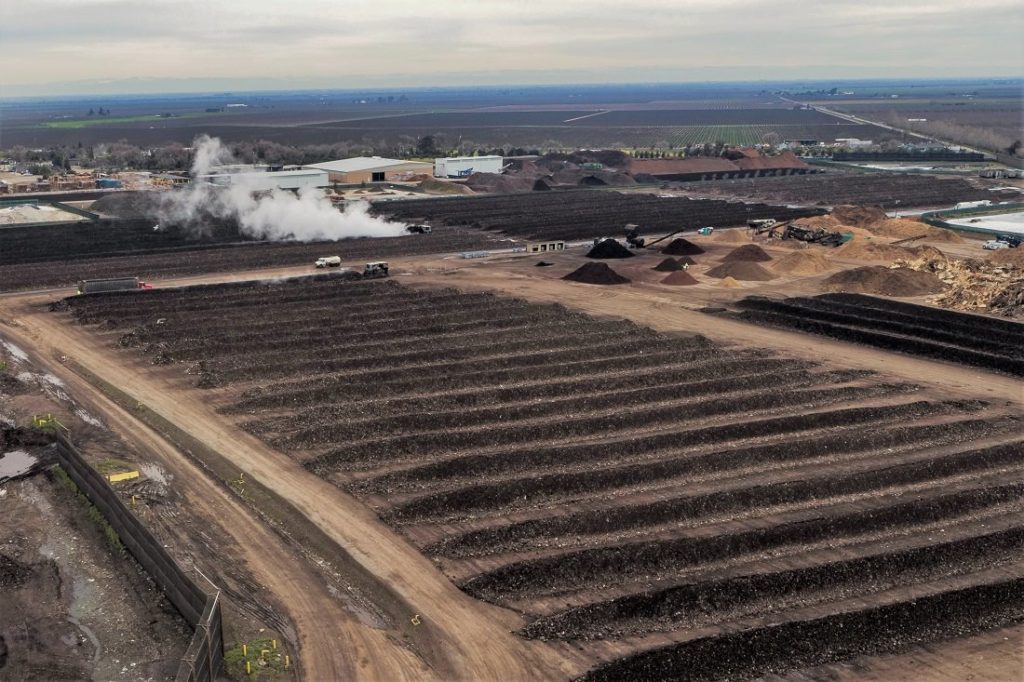 Humans create a lot of waste, but when you throw something away, how much do you know about where it goes or how it’s handled? This article is the third in a five-part series that explores what happens to the tons of materials we discard.

Despite the proliferation of plastics in the last century, biodegradable organic material is still the largest component of the American waste stream. But for such a ubiquitous material, it’s a challenge for cities to deal with.

Some organic materials, like clean paper, can be recycled. Even so, organic materials, including paper products, yard trimmings, and food waste make up more than 56% of municipal solid waste (MSW). Some people keep their organic waste out of the garbage by composting at home. But not everyone has the time or space to compost. And home composting systems can’t always handle all of a household’s organic waste.

The word “industrial” has negative connotations in environmental circles but when it comes to composting, there are benefits to scaling up. Thanks to industrial-scale composting facilities, about 8.5% of America’s organic waste is composted. Some communities, like Seattle, mandate composting. But these cities are in the minority; far more do not even offer any kind of composting service. Here’s how municipal composting works where it exists.

Composting is the natural decomposition process of organic materials optimized by a controlled environment. The basic biological process is the same whether it takes place in a backyard pile or an industrial one. In an ideal compost pile, the carbon to nitrogen ratio is roughly 30:1. During the active composting period, the temperature stays in the range of 120-170 degrees Fahrenheit (49-77 degrees Celsius); moisture levels are kept between 40% to 60% to support the growth of naturally occurring micro-organisms that break down the waste.

Private commercial composting began during the 1970s. Most of the earliest operations were small companies that mostly served businesses like farms and woodlots. One of the first municipal composting projects began in Davis, California, in 1972. But they didn’t really begin to take off until the 1980s when concern over rapidly filling landfills spurred the development of recycling programs. Today, cities can reduce their solid waste by up to 50% during the growing season by composting organic waste.

If your community composts, you may automatically be provided with a special collection bin, or you may have to sign up for “yard waste” or “green waste” as a separate service. In either case, you will keep your organic waste separate from your garbage and recyclables. Like garbage, private hauling companies usually collect yard waste with a large dump truck. But instead of hauling the waste to a transfer facility or landfill, these trucks will deliver the organic material to a commercial composting facility.

Often housed inside a shed-like structure to minimize odors and keep rainfall off the compost piles, these facilities can be quite large — think bulldozers instead of pitchforks. There are three primary commercial composting methods:

Active composting usually takes only a few weeks, but a large compost pile may take months to cool and be ready to use. The finished compost is often sold to the public to offset the cost of the program. But the compost may also be used in public landscapes.

Compostable plastics, also known as bioplastics, also pose technical challenges. Many products that meet ASTMI standards for compostability will not break down under the conditions present in commercial composting facilities, where compost is rarely kept hot for as long as required to degrade the plastics.

Contamination is the biggest problem for municipal composting programs. Regular garbage is the most common contaminant. Nonbiodegradable items won’t necessarily harm the composting process, but separating the garbage from the compost is messy and inefficient. And no one wants to buy compost that contains bits of plastic and other debris. Composting only works as a form of recycling if the resulting product is marketable.

As the City of Seattle discovered, controlling the quality of the compost when you can’t control the inputs is a challenge. Consumers who bought the compost in the 1980s reported that it killed certain garden plants. The problem was traced to Clopyralid, an herbicide. Washington state banned the use of the herbicide on lawns, and the composting program recovered. But municipal composting feedstock will still include materials that have been treated with chemicals.

Compostables can also be exposed to other contaminants. For example, fallen leaves on a driveway may have picked up some motor oil before being collected for composting. As a result, many municipal compost products do not qualify for organic labeling. The U.S. Composting Council offers a “Seal of Testing Assurance” to provide consumers with some assurance of compost quality.