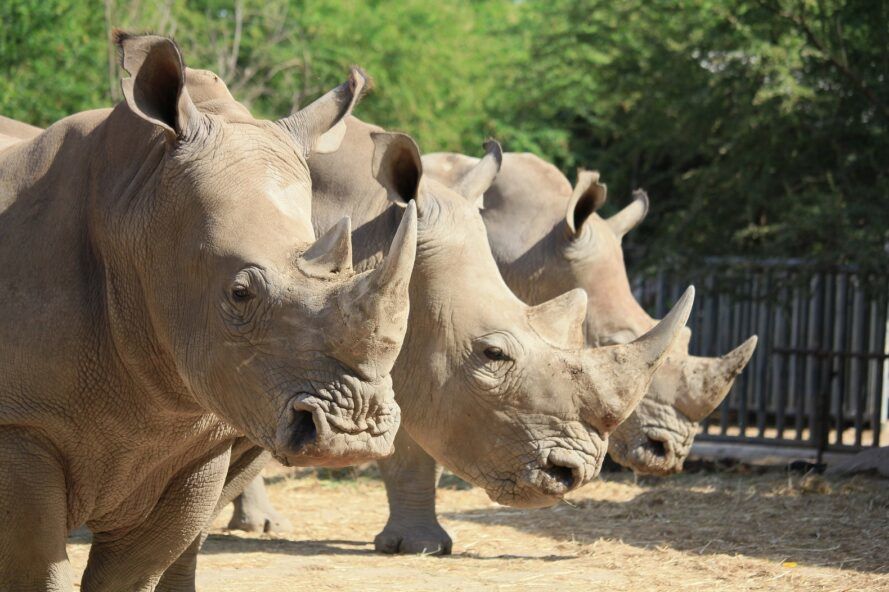 Here’s what you can do on Endangered Species Day

The health of our planet depends on a rich and diverse ecosystem. That includes all types of plants and animals, in conjunction with humans. When the environment is in balance, everyone benefits. But when natural and human forces create an imbalance, the fragile ecosystem doesn’t always recover. Such is the case for dozens of endangered species that are in threat of being erased from the planet.

Around the world, animal populations ebb and flow over time. However, some species are in a desperate decline. Some endangered animals include: African forest elephant, Bornean orangutan, cross river gorilla and Javan rhino, among much, much more. Other animals are classified as vulnerable, near threatened or are on the list but categorized as least concern.

The process of endangered species classification

Wildlife protection really began with the passing of the Endangered Species Act (ESA) in 1973. The law passed with bipartisan support in order to offer additional protections to endangered species through an expansion of watchdogs and policies. ESA opened doors for individuals and organizations to petition to have a species listed as endangered or threatened. Although the petition still goes through a review process, having extra eyes on the issue offers a faster and more thorough opportunity to protect animals in decline.

There are two primary authorities who make the final decisions about when to list animals as endangered and when they should be reclassified. For most marine animals, that agency is the National Oceanic and Atmospheric Administration (NOAA). For land animals and inland fish, that is the Fish and Wildlife Service.

Factors that contribute to animal endangerment

There are a variety of factors that affect the livelihood of animals. Some of them are natural, such as increased numbers of predators or an environmental change. However, the vast majority of contributing factors are indirectly or directly caused by humans.

Marine wildlife are particularly hard hit by the pollutants humans contribute to their environment. Debris that is not properly disposed of end up in waterways that run directly into the ocean. Recreational and commercial activities on the water contribute too. This results in water pollution, specifically in the form of plastic waste. As a result, marine animals such as the endangered southern resident orca, bluefin tuna and green turtle become tangled, ingest toxins or are driven away by noise pollution.

There’s no denying the planet is warming. With it comes an increase in natural disasters. Rising water levels, floods, drought, hurricanes, tornados and wildfires are a significant cause of animal habitat loss that causes declining numbers.

However, extreme weather isn’t the only cause of habitat destruction. It’s the number one cause of species endangerment and thereby requires a critical eye. Everything in nature works in conjunction with everything around it, so even small changes can lead to devastating results. For example, removing a number of trees in favor of a housing development can remove the habitat of squirrels, birds and raccoons. Similarly, damming the river to create hydropower creates significant obstacles for salmon who spawn on the river. As a result, the decreased number of salmon (several of which are endangered) leave the southern resident orcas without their primary food source.

What you can do to help

You’ll find a variety of grassroots activist campaigns you can join. There’s also a regional breakdown and a species breakdown for specific projects they are working on.

At a local level, volunteer for clean up events on the street, in the park, at a refuge or on the beach. Remember, all waste can present a danger to wildlife, regardless of where it is, so your work at a local level can make an impact far from home.

In your yard, select native plants that are adapted to the environment and provide shelter, food and nectar for the animals in your neighborhood. Plus, native plants drive out the invasive species that are causing them habitat challenges.

If you aren’t already, commit to buying and growing organic produce. Pesticides and herbicides are toxic to some animals and pollute waterways animals rely on. In fact, make clean choices at every turn. You never know what impact a choice you’re making today can affect an endangered or threatened species tomorrow.