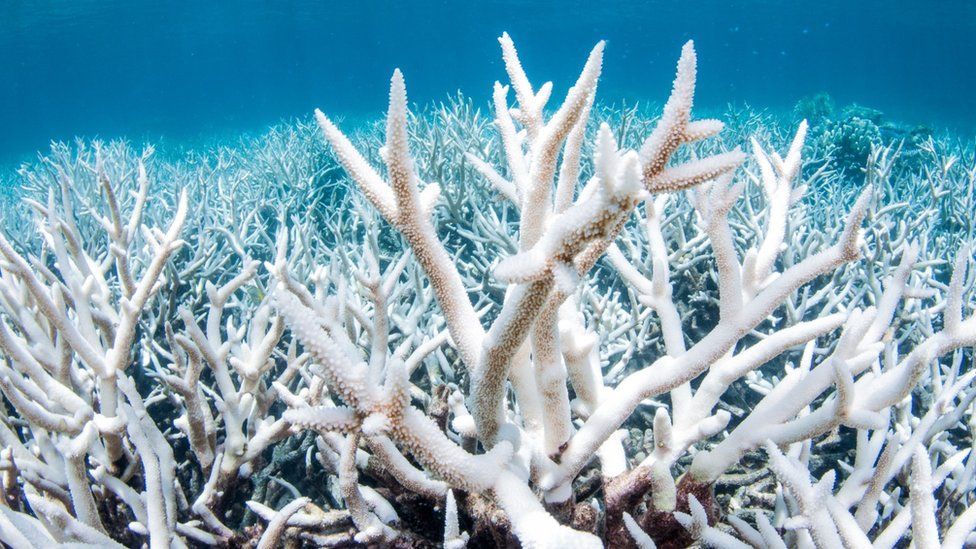 Great Barrier Reef Is Hit by Another Mass Bleaching Event

Aerial surveys along 1,500 miles of the Australian coast revealed severe bleaching among 60 percent of corals. Alarmingly, this is the first mass bleaching to hit during La Niña, the Pacific Ocean’s cool phase, an indicator of the severe impact of climate change.

High water temperatures cause corals to expel the colorful algae that live inside them, turning reefs white. If temperatures cool, reefs can recover, but persistently warm waters may prove lethal to corals.

“It is important to note that bleached coral is stressed but still alive,” the Great Barrier Reef Marine Park Authority said in a statement. “Weather patterns over the next couple of weeks continue to remain critical in determining the overall extent and severity of coral bleaching across the Marine Park.”

Last year, UNESCO officials recommended the Great Barrier Reef be added to a list of World Heritage sites that are “in danger.” After intense lobbying from Australia’s government, UNESCO declined to make this listing, but it will review Australia’s management of the reef this year.