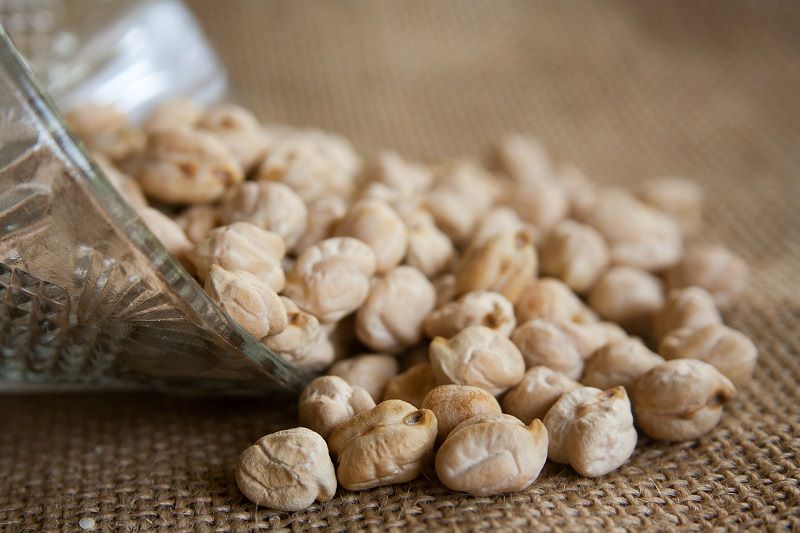 Becoming vegan is one of the most impactful things an American can do to reduce their environmental footprint, because meat, especially beef, is so carbon-intensive.

Many highly processed and luxury items like wine and chocolate generate emissions comparable to some meats. However, for those who are not ready to give up their glass of wine or eliminate all animal products from their diets, a variety of less difficult strategies can help you significantly cut carbon emissions from your diet.

Past studies have shown that vegetarian diets are generally healthier. But many people are still concerned about getting enough protein without eating meat. Researchers at Arizona State University recently developed an algorithm to rank some common protein-rich foods based on the ratio of their nutritional efficiency and cost to the environment. Here is how different vegetarian proteins compare.

Insects have only recently started gaining attention as a sustainable protein source for humans and their pets, but based on the limited available data, grasshoppers came out ahead of all farmed animal proteins for their balance of high protein content (65%) to low environmental impact.

Obviously, this food source is not vegan, but many vegetarians who have ethical qualms about other animal proteins may not be concerned with killing bugs. Eating them, on the other hand, will still prove psychologically challenging to most North Americans and Europeans, despite converts’ assurances that grasshoppers are a crunchy, nutty treat. For those who can’t quite face a plateful of bugs, cricket flour may be a more palatable introduction to insect protein.

Like tofu, tempeh is made from soybeans. Because tempeh is higher in protein than tofu, it ranked higher on the study’s list.

Tempeh is made from cooked soybeans that are fermented and then formed into a firm, dense cake. Like making sourdough, you can do this at home. Tempeh has a nutty flavor by itself, but like tofu, it absorbs the flavors of other foods in a dish.

Curiously, the study did not include the source of tofu and tempeh: soybeans. Soybeans have almost as much protein as tofu and require less processing than either tofu or tempeh. Soybeans are also a good meat-alternative choice.

Overall, the nutritional benefits of chickpeas, also known as garbanzo beans, may exceed those of soy. Their protein content is comparable to tofu.

But despite the environmental and GMO concerns associated with soy, at least one study has shown chickpeas to have as much as 40% more negative climate impacts than soybeans.

According to the ASU study, three of the five most efficient protein sources are not actually vegan. For this list, those proteins are included as “better” rather than “best” in consideration of the ethical and non-climate impacts of animal agriculture.

Whey is the watery portion of milk that separates and is removed during cheese production. This means that, like leather, whey is a byproduct of the meat and dairy industries’ environmentally harmful agricultural practices and it shares the same complex considerations.

Whey is usually consumed as a flavored protein powder added to drinks or other foods. Because of its animal origin, whey protein contains a range of essential amino acids that may not be as readily available from vegan sources.

Like grasshoppers, seafood is clearly not a vegan food source, but pescatarians — those who don’t eat meat but do eat fish — rely on seafood for some of their protein.

The climate and environmental impacts of seafood vary more than most other protein sources, but from a protein-to-global-warming-potential standpoint, large, wild-caught ocean fish like tuna and salmon are hard to beat. Choose Marine Stewardship Council (MSC) certified tuna or salmonids like arctic char that are not as overfished as salmon.

The protein-to-global-warming-impact ratio of pea protein is not as good as seafood. But this vegan option is still one of the best choices.

A cup of peas contains 8 grams of protein – nearly as much as one egg. Pea protein is a powdered supplement with nearly twice the protein content of whole peas. It contains nine essential amino acids and is relatively high in iron – a real plus for vegetarians and vegans.

While the hormonal impacts of soy products are probably overhyped, soy protein isolates do come with some health and environmental baggage.

These heavily processed isolates have few important nutrients beyond protein, but contain numerous unhealthy additives; it is hard to find non-GMO options, and all the usual environmental impacts of soy are still relevant. But based strictly on the ratio of protein to greenhouse gas potential, soy protein isolates are among the best choices for vegan protein.

Vegans and vegetarians alike can breathe a sigh of relief that the most sustainable protein source is a whole food.

Relative to their protein content, the carbon emissions from a serving of peanuts are almost negligible. These legumes have a whopping 25.8 grams of protein per serving – that’s a bit more than beef. They are also low-carb and high in vitamins and minerals. As long as you don’t have a peanut allergy, groundnuts are a nearly perfect protein source.

Feature image by PublicDomainPictures from Pixabay. This article was originally published on October 22, 2020.
<!–

This site uses User Verification plugin to reduce spam. See how your comment data is processed.
The enterprise technology research survey shows that in 2021 the percentage of jobs from homers would potentially double. Ipp2 kajakkursus hos karpenhøj naturcenter.