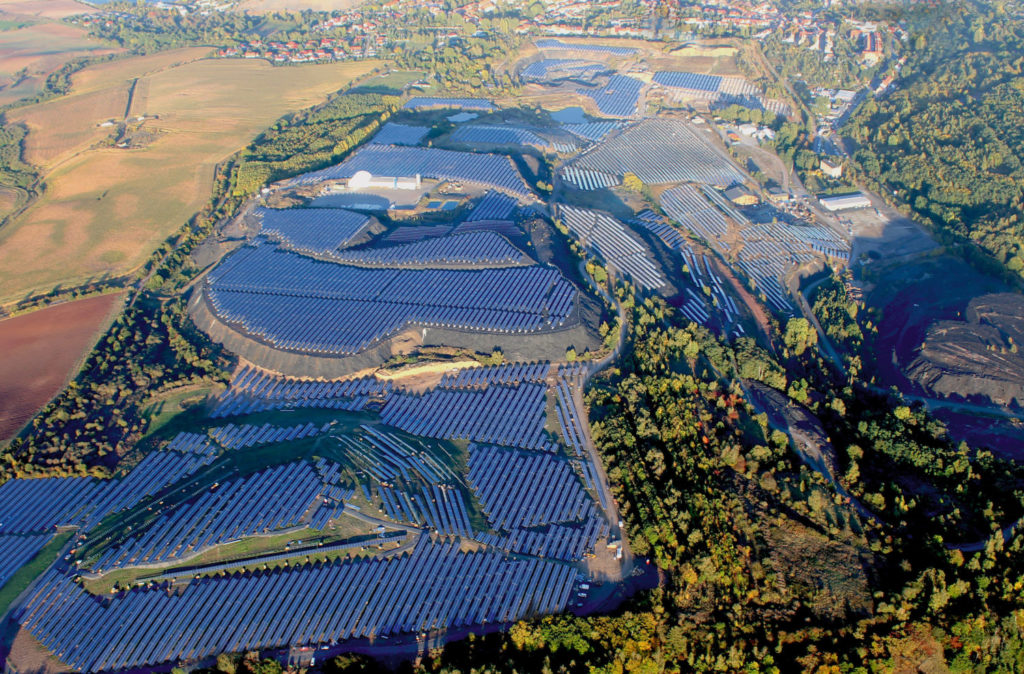 For the European Union, 2021 Was a Banner Year for Solar Power

Installed solar capacity in the European Union grew by 34 percent in 2021, and Europe is now on pace to quadruple its solar energy generation by 2030, according to a new report from SolarPower Europe, a trade organization.

In its 2021-2025 market outlook report, the trade group reported that the 27 countries of the European Union installed 25.9 gigawatts of new solar capacity this year, compared to 19.3 gigawatts in 2020. This year’s new solar installations mark the EU’s biggest year for solar growth, beating the 21.4 gigawatts installed in 2011. By conservative estimates, one gigawatt of electricity can power roughly 300,000 homes, meaning this year’s solar installations can produce enough electricity for approximately 8 million households.

SolarPower Europe said that under its medium-growth scenarios, solar energy capacity in the EU is projected to increase from 165 gigawatts today, to 328 gigawatts in 2025, and to as many as 672 gigawatts by 2030.

Walburga Hemetsberger, CEO of SolarPower Europe, said that solar’s rapid growth will help the EU achieve a target of generating 45 percent of its electricity with renewables by 2030, an important milestone in Europe achieving climate neutrality by 2050. All EU states are currently on track to reach their 2030 solar goals, with Latvia and Estonia already meeting their 2030 solar targets, and Poland, Ireland, and Sweden expected to reach them next year.

SolarPower Europe officials said that several key challenges remain, including permitting obstacles and electricity grid bottlenecks. They also said Europe needs to ensure its supply of solar photovoltaic panels — many of which are now produced in China — by boosting EU production of the panels, reaching 20 gigawatts of PV panel production by 2025.