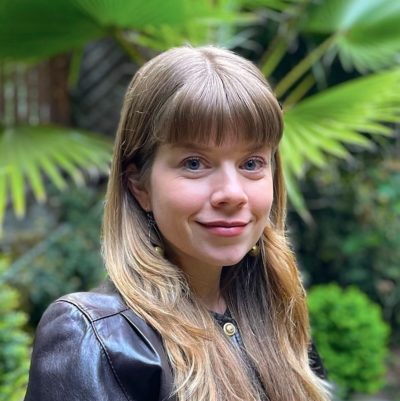 For Gen Z, Climate Change Is a Heavy Emotional Burden

People who have come of age in recent decades — millennials and members of Generation Z — have been exposed to a steady stream of alarming news about climate change and ecological destruction. And a growing body of evidence suggests that these worsening problems, and the failure to address them, are taking an emotional toll.

Among those studying this phenomenon is Britt Wray, 35, a postdoctoral fellow at Stanford University’s Center for Innovation in Global Health. Wray recently coauthored the largest-ever survey of climate anxiety in teenagers and young adults, a 10-nation study published in The Lancet, which found that climate change is having a profound impact on young people. She is also the author of the new book, Generation Dread: Finding Purpose in an Age of Climate Crisis.

In an interview with Yale Environment 360, Wray explains how climate anxiety is greatest for Gen Z — those born between 1997 and 2012 — who have been bombarded with news of climate disasters on social media. They feel betrayed, she says, by government inaction and dismayed when told they are overreacting to what they see as an existential threat. More than half of the 16- to 25-year-olds in the Lancet survey said they believe humanity is doomed. And close to 40 percent said that fears about the future have made them reluctant to have children of their own.

While Wray views such findings as “incredibly sad,” she believes that distress about climate change can be transformed into a “super-fuel” to generate positive change. “Anger can be hugely motivating,” she says. “When it is based in a real sense of injustice, it shows that your conscience is alive, that your sense of being morally transgressed is intact.”

Yale Environment 360: You say that climate anxiety is growing. What is the evidence for that?

Britt Wray: There has been a big uptick of publications on climate and mental health research in the past few years [with several showing climate anxiety is on the rise]. The same is happening in the popular media, where most publications have covered eco-anxiety.

e360: The global survey of young people that you worked on found that most agreed with the statement “humanity is doomed.”

Wray: It’s incredibly sad to hold that statistic in your heart and realize what it means that so many people are walking around and feeling that way about their own future and the future of the entire human race. It’s shameful that we have left young people with that kind of emotional reality. But I don’t think they’re overreacting. They are seeing things getting worse and harder. We have to look at the abject failure of our collective efforts to get our leaders to act on this.

e360: And younger generations are responding with more anguish than the slightly older ones, it seems.

Wray: That’s right. Gen Z is feeling it the most. Being glued to Instagram, TikTok, Twitter, and all the rest, it’s just way more in their face. Millennials’ mental health is very much impacted too. But we see a big decrease [in climate anxiety] as we go up to Gen X and boomers and so on.

e360: Why is there this gap between generations that are pretty close in age?

Wray: Speaking as a millennial, we have understood the climate crisis for a long time now. It came in as a big cloud over our lives as teenagers or young adults in our early 20s. However, we still had the privilege of having gone through earlier developmental stages without thinking about the climate crisis on a daily basis and receiving messages telling us that our future prospects are diminishing.

“Anger can be hugely motivating. When it is based in a real sense of injustice, it shows that your conscience is alive.”

The younger ones have not had that luxury. They are observing the lack of adequate action. This is reinforced by what they are seeing on social media and in talking with their friends. For some, that’s coming in before they have had a chance to figure out important aspects of their identity. They can’t just enjoy being a young person and getting through childhood in an easeful way without existential pressure and thinking about huge societal problems.

e360: You write that it would be wrong to pathologize young people’s climate anxiety.

Wray: Grief comes from a deep state of caring. These emotions are a sign of our connection to things that are beyond ourselves — to other species, wild places, generations yet unborn, and to the vulnerable communities that will be impacted the worst. It’s actually a very good thing.

We know from our 10-country study that [young people’s] distress is linked to their sense of being betrayed by governments and lied to by leaders. Young people feel that older people have left the building, that they’ve checked out: “We’re handing you this impossible situation, and it’s up to you to clean it up. I’m not going to be around to see the worst of it. You need to deal with it.” This kind of response on the part of older people is distressing to hear.

Psychologist Sally Weintrobe writes about the “culture of uncare,” a culture that allows people to detach from taking responsibility, a culture where we are more concerned with our Amazon orders than with protecting life on Earth.

e360: Many young people feel enraged by this sense of betrayal, but you argue that’s not always a bad thing.

Wray: Anger can be hugely motivating. When it is based in a real sense of injustice, it shows that your conscience is alive, that your sense of being morally transgressed is intact. It can breed a very deep well of strength from which to act. We need to allow these emotions to come out. On the other hand, we shouldn’t block out the positive. We also need hope to focus our eyes on what we’re working for, what the solutions are.

Ecopsychology: How immersion in nature benefits your health. Read more.

I write about how the brain overresponds to negative emotion. It can lead to fatalism or nihilism, the belief that it’s too late to make a meaningful difference: Why would I study for a job that I won’t be able to enjoy? Why would I save money for a future that won’t be there for me? Those kinds of thoughts are incredibly harmful.

e360: Many young people say they don’t want to have children because of the climate crisis.

Wray: My husband and I started talking about the subject in 2017. It didn’t feel like an easy decision at all because of my climate awareness. I only have that fertility option available for a few years before it shuts down. The timeline that we’re dealing with for preventing catastrophic climate change, according to the UN, roughly aligns with my biological clock. So, should I wait for the 12 years that we have to halve our emissions before I decide and make the judgment call then?

It’s a dilemma — having a kid and being crushed by anxiety about that kid’s well-being, or not having a kid and basically aligning yourself with the idea that the world is not worth bringing people into anymore, which is a very dark place to be. Eventually I did have a child, a boy. I finally decided after four years of moral angst over the decision.

“The pain of all the wonderful things that we are losing is causing people to wake up and focus on the things that matter.”

e360: What finally pushed you over the line?

Wray: It felt like having a child was a commitment to joy despite living in a difficult time. There’s no question that having a child cements you deeply to the future. It felt to us that to live a full life, you can’t mute either the joy or the grief. The full human experience meant having a child.

e360: Some people say that the best antidote to climate anxiety is activism. If we work to change things, we won’t be so focused on doom and gloom. But you argue that seeing action as a cure-all can lead people to avoid their emotions.

Wray: We need to start by acknowledging that the kinds of actions that are needed today in the climate crisis are not just external. It is not just getting out in the streets and working to change policy. It’s also working inwardly at the same time to build up the socio-emotional resilience to deal with the emotional harms of the climate crisis. Because when we are just doing the external stuff and avoiding — not even acknowledging — our emotions, we are less equipped to deal with the challenges we know we are going to have to face in an ongoing way for the rest of our lives.

Through researching this book, I found out about permission-giving spaces where people can talk about emotions, for example, the Good Grief Network. It’s actually inspired by Alcoholics Anonymous, because the people who started it had been in the Children of Alcoholics program and found it transformational.

Each week for 10 weeks we would meet for a couple of hours, and we would go through the theme for that week. The first theme is accepting the severity of the predicament. It’s really about facing it, getting clear about its implications. The second is to accept that I am part of the problem and the solution, moving people toward an ability for living with ambivalence. There were steps about doing inner work and facing the emotional issues that come up. Everyone gets to speak and respond to the others.

e360: I’ve talked to climate scientists who say they are getting burned out from dealing with the grim evidence of what is happening.

Wray: There are a lot of climate scientists out there who are deep in grief and anxiety. They need support. But they don’t get it because they aren’t given permission in the scientific community. That alienation and isolation when people are holding those feelings all on their own can be really crippling for people who are professionally bearing witness to the degradation of our life support systems on a daily basis.

e360: We’ve talked a lot about the negative emotions. But you have said that the climate crisis can also bring out the best in people.

From a young climate movement leader, a determined call for action. Read more.

Wray: Helping someone else, being part of something bigger than yourself, protecting and providing for others — those are the things that make for a life well lived. And the climate crisis allows us to work to protect ourselves and others, to protect the world. It can make us more alive and give us a sense of our bigger possibilities.

I don’t want to minimize the tremendous harm and suffering that [the climate crisis] is causing. It’s a terrible way for us to wake up. But the pain of all the wonderful things that we are losing is causing people to wake up and focus on the things that matter. Ultimately, that can produce a more caring society. That’s why I speak of all this distress as being a super-fuel to generate positive change.

This interview has been edited for length and clarity.