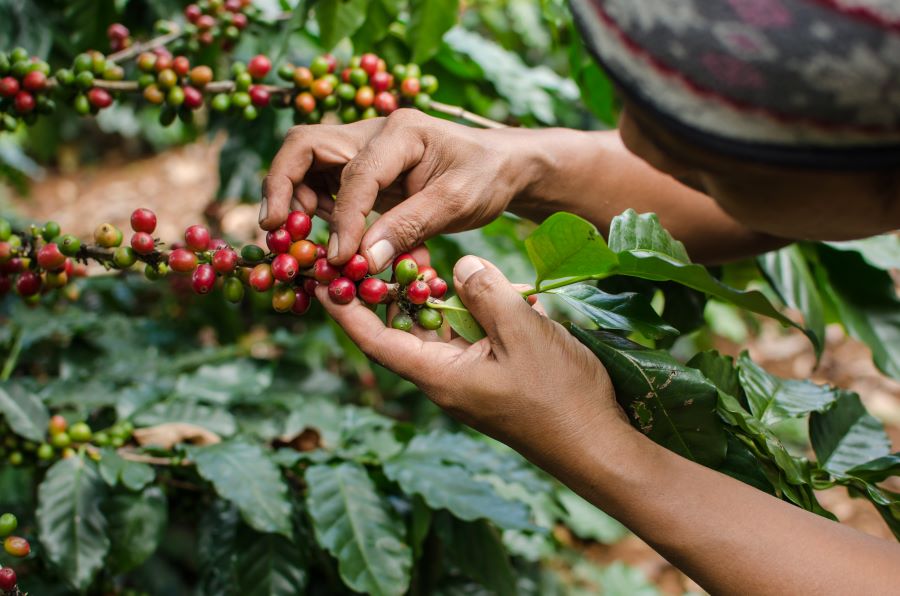 Residents of industrialized nations are used to eating whatever they want, whenever they want. But the energy-intensive agricultural and transportation systems that bring us strawberries in December and year-round turkey sandwiches are contributing to climate change. It’s a terrible environmental injustice that the 27 countries that are already hunger hotspots generate less than 5% of the total emissions of G7 nations. For now, wealthy countries are buffered from famine. But no one is immune from a changing climate. If you’re paying attention, you can already spot some of the ways that our favorite foods are getting harder to come by. Here are five foods you might have trouble finding in the future, courtesy of climate change.

Countries in the North have experienced some positive effects from climate change as warming has extended the growth period of perennial crops such as grass pastures and reduced the ripening period for annual crops. However, these effects do not balance out the negative effects of climate change in countries closer to the equator. And they are temporary; as temperatures continue to rise, yields will decrease globally. The scientific consensus is that an average temperature rise of 3 to 4 degrees will risk global food security. A recent study of global agriculture concluded that produce yields could fall 35% by 2100. Food is a globally traded commodity, and climate events in one region often raise prices and cause shortages across the globe.

The U.S. is the second-largest tomato grower in the world (after China), producing 35 billion pounds of tomatoes per year, mostly in California and Florida. But America still imports more than half of its fresh tomatoes from Mexico and Canada. That percentage may have to grow as the effects of climate change are increasingly felt in California through wildfires and droughts (which caused a domestic shortage in 2021). Meanwhile, Florida experiences ever-more-severe hurricane seasons. Italy is another major tomato grower, but they are suffering a shortage of cans to export their tomatoes in. You might want to start growing your own tomatoes while you still can.

Almonds are mentioned in the Bible and in ancient Greek sources but today, California produces 80% of the world’s almonds. More than half of the United States’ honeybees spend the winter pollinating $6 billion worth of almonds. However, frequent, lengthy droughts are threatening the notoriously thirsty orchards. Dry weather has also led to changes in pesticide use that can kill the honeybees that pollinate almond flowers – and nearly every other food crop and wildflower. Even if almond lovers establish their own honeybee hives at home, without serious action on climate change, they might have to kiss their almond milk goodbye.

Whether you’re a steak-lover or a vegan who depends on tofu for protein, your diet is based on soybeans. The United States, Brazil, and Argentina together produce about 80% of the world’s soybeans. Only about 7% of soybeans are used in human foods. The rest goes to animal feed. In Brazil, soy production is a direct driver of deforestation. Drought in South America is affecting half of the global soy cropland this year. Meanwhile, U.S. soybean yields are predicted to drop roughly 90% by 2050. That might not mean the end of meat. But it could impact the prices of CAFO-grown meat and soy-based meat alternatives, so you might want to start learning about legumes now.

Hazelnuts, aka filberts, are a beloved specialty crop. They provide the crunch in Ferrero Rocher chocolates and the basis of Nutella spread. Turkey accounts for 82% of global hazelnut exports. But in 2018, a double blow of forest fires on the Mediterranean coast and devastating floods along the Black Sea demonstrated how vulnerable the perennial crop is to climate change.

In Oregon’s Willamette Valley, farmers are busily expanding to pick up the slack from declining Turkish production. However, the Western United States is subject to its own climate change risks, including drought and wildfire. In 2018, productivity in Oregon dropped 10% as heat, wildfire smoke, and drought stressed crops of all kinds.

Like soy, coffee appreciates a warm, moist climate. Coffee grows throughout the tropics, but Brazil is the world’s largest producer. Brazil grows 28% of the world’s heat-resistant Robusta and 41% of the tastier, more heat-sensitive Arabica. But thanks to climate change, Brazil is already seeing declining coffee yields. A study predicts that the global area suitable for Arabica coffee will decrease by half by 2050. Warming temperatures have some farmers in Italy hoping to grow their own coffee beans soon. But even if Italy gives up growing tomatoes, it won’t be enough to replace the 2.16 million hectares Brazil currently devotes to coffee.