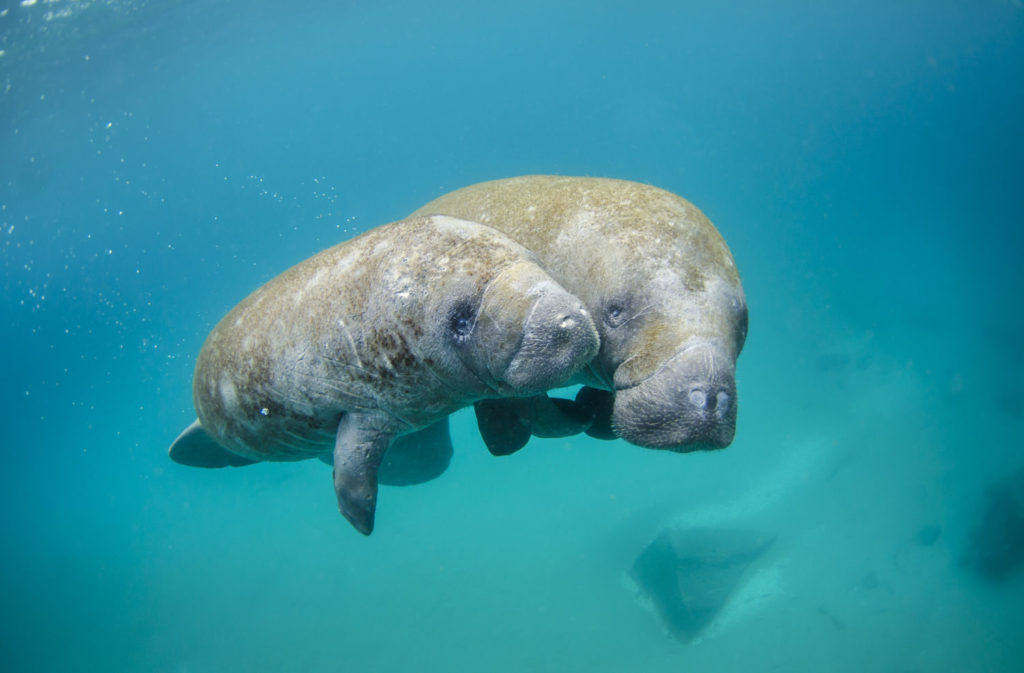 Wildlife officials in Florida will feed starving manatees, whose food supplies have dwindled as a result of marine pollution, Reuters reported. Such interventions are extremely rare, as conservationists are wary of making animals dependent on humans for food.

“The idea behind this experimental supplemental feeding … is that you can give them just enough more food that can get them through this winter time,” marine biologist Patrick Rose, head of the Save the Manatee Club in Florida, told Reuters. “The longer this is delayed, the less likely it can be successful.”

Manatees, also called “sea cows” for their plump appearance and herbivorous diet, have been the victims of farm runoff, scientists say. Nitrogen-rich fertilizer is making its way to the sea, nourishing algae, which proliferate on the ocean surface and block sunlight from reaching seagrass below. Seagrass is the primary source of food for manatees in the winter, and as seagrass dies off, so do the manatees. Some 1,017 manatees have been found dead so far this year. It is estimated that fewer than 8,000 remain in Florida waters.

“Our statewide death count from all sources has been higher than it’s ever been reported before,” Melissa Tucker, director of the Division of Habitat and Species Conservation at the Florida Fish and Wildlife Conservation Commission, told the House State Affairs Committee in October. “This is a starvation issue. There’s not enough seagrasses that are available to the manatees.”

Efforts are underway to restore coastal seagrass, as well as clams and oysters, which filter water, reducing pollution, the Associated Press reported. But right now, manatees are so short on food that they are eating seagrass roots, killing the plants and making recovery that much more difficult.

“This is something that we’re going to be trying to manage and improve over the course of years and maybe decades,” Tucker said.

For the Endangered American Eel, a Long, Slippery Road to Recovery