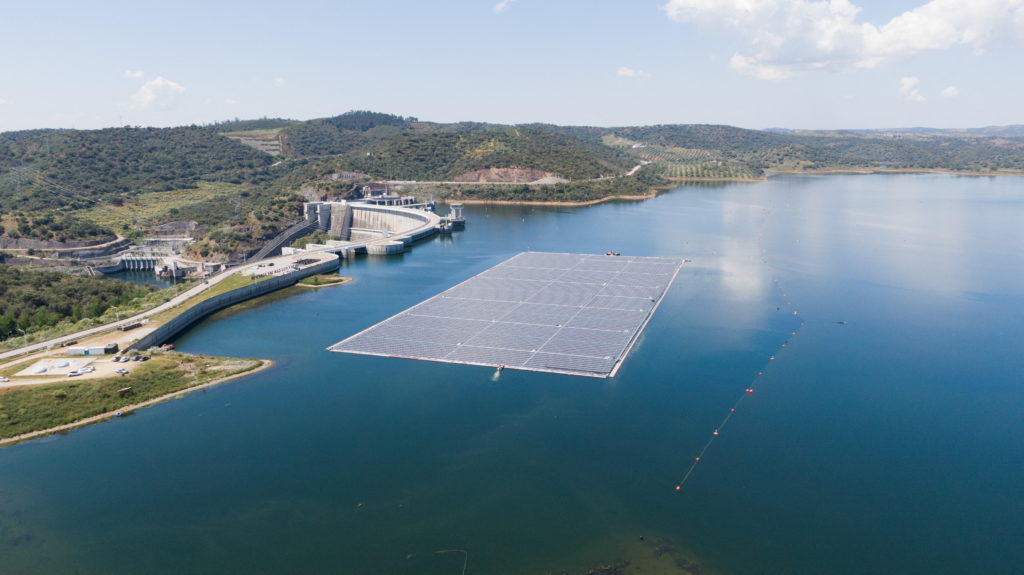 The array, comprised of 12,000 panels generating 7.5 gigawatt-hours a year, will be able to meet the power needs of 1,500 families, Reuters reported. Along with 2 gigawatts of lithium batteries, the array will be located near the Alqueva hydroelectric dam, near the Spanish border, on the largest artificial lake in Europe. Floating arrays built near hydropower dams have the advantage of easily connecting to the electric grid, with excess solar power available to pump water into the reservoir to produce more hydropower when needed.

The array will help Portugal limit imports of Russian fossil fuels. Portugal currently relies on Russia for around 10 percent of its natural gas. The floating solar farm will produce power at a third the cost of a gas-fired power plant, according to Miguel Patena, a group director at EDP, Portugal’s main electric utility, which built the array.

“This project is the biggest floating solar park in a hydro dam in Europe — it is a very good benchmark,” Patena said.

Floating Solar: A Win-Win for Drought-Stricken Lakes in U.S.