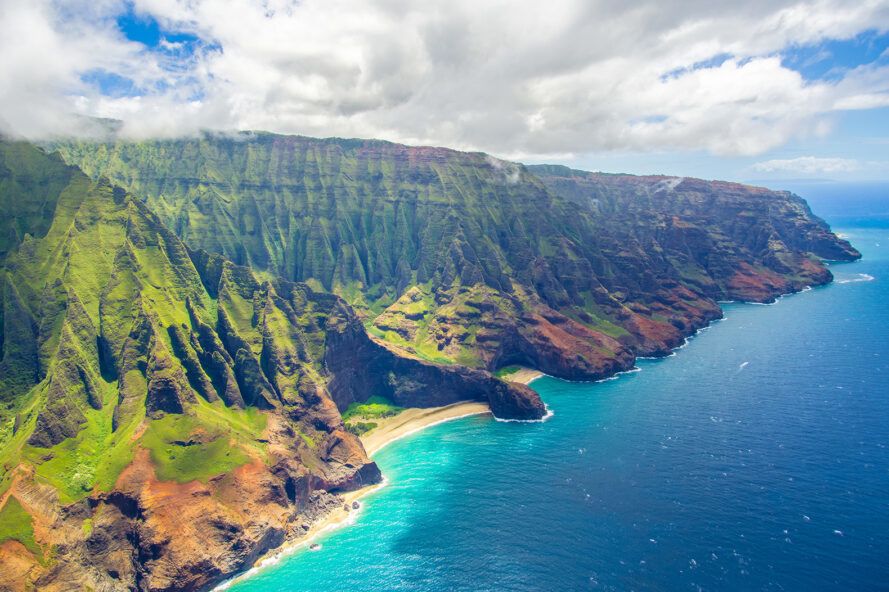 If we want to learn how to deal with a quickly endangered world, we can learn some lessons from people who are already dealing with the consequences: Pacific Islanders.

The World Health Organization (WHO) estimated about a quarter million Pacific Islanders will die annually between 2030 and 2050 from climate change impacts ranging from malaria to heat stress. But residents in this ecologically fragile area aren’t just waiting for this to happen. They’re developing ways to improve the resilience of their ecosystems and communities.

Who are the Pacific Islanders?

The Pacific Islands dot a huge area of sea from just north of Australia to Hawaii and French Polynesia. You can group them into three subregions: Micronesia, Melanesia and Polynesia. Micronesia reaches from Hawaii to the Philippines and includes about 2,000 islands. Melanesia extends from New Guinea to New Caledonia and also includes roughly two thousand islands. Polynesia stretches from Hawaii to Easter Island and New Zealand with about a thousand islands.

Of these 5,000 islands, the WHO recognizes 15 countries. The Pacific Islands also includes U.S. territories like Guam, Samoa and the Marshall Islands. Obviously when you have 5,000 islands, we’re not talking about a monolith, but many cultures and different histories. However, all Pacific Islanders are suffering from climate change. Loss of coastal infrastructure, intense droughts and cyclones, increased diseases, damaged reefs, failing crops and coastal fisheries are some of the things they’re up against. We’ll look at a few examples of how Pacific Islanders are tackling these problems.

The 1200 inhabitants of Oneisomw have done several projects to improve their homeland. Oneisomw is part of Chuuk State in the Federated States of Micronesia. Most people live in villages along the shoreline, which unfortunately has been damaged by flooding. People rely on aquifers, streams and water tanks. Saltwater intrusion during typhoons and high tides is bad news for drinking water. Pollution, pig waste and inadequate sanitation further threaten the water supply.

As a result, the residents cleaned their wells and planted buffer strips of plants around them. They also planted around streams so that the roots would help stabilize failing stream banks. And they negotiated with landowners to provide more people with well access during droughts.

Community gardening has also caught on. The Oneisomw Climate Change Agro-Forest Garden Project inspired more and more islanders to grow their own food. And the Chuuk Women’s Council gave a series of trainings on food processing using flour mills to produce local flour from the new crops planted on the island. Making the most of fruit, vegetable and taro crops that are grown locally helps bolster the island’s food security.

Other Pacific Islanders are also experimenting with agroforestry, which means integrating shrubs and trees into animal farming and crop planting. Since living in the middle of an ocean means a salty existence, they’re trying out crops that are both drought and salt-tolerant. Traditional practices include using trees and palm leaves to shade crops, and making seaweed into compost. Tomatoes, cabbages and greens can all be grown in sandy soils, especially with compost mixed in.

There’s a ton of free info available online now for Pacific Islanders who want to develop their agroforestry programs. They can learn about which non-timber forest products they can produce to which tree species is best for different conditions.

Sometimes an area just needs a rest. That’s what the people in the Tamil municipality on the island of Yap thought about its watershed. Yap, which is part of the Federated States of Micronesia, suffered from erosion, flooding and drought. Saltwater intruded into its taro patches and freshwater sources. Poor water management and lack of any other water source further impacted water security. The coral wasn’t doing so well, the seagrass beds were shrinking and there were fewer fish around. Algae increased due to pollution runoff.

So in 2017, the community of Tamil declared its first Watershed Protected Area. This protected 320 acres of watershed provides water to more than half of Yap’s population.

Back in Oneisomw, the community implemented a locally-managed marine area (LMMA) to help protect its coral reef. Overfishing and dynamite fishing weren’t doing the reef any favors. Nor was sand and coral removal. The LMMA sees community members as owners of the coral reef who collective enforce seasonal closures as needed. This way, future generations will benefit from the reef areas.

Development plans that keep the climate in mind

The people who live in Melekeok State on the east coast of Palau’s main island are all too aware of climate change. Most of their homes and buildings are within five meters of the high-water mark. This means they’re incredibly vulnerable to erosion and flooding.

In partnership with conservation NGOs and the Melekeok State Government, the people of Melekeok came up with a climate-smart guidance document. This helps them figure out how to update their infrastructure and figure out where they can move vulnerable community members further upland and inland if necessary. One of the document’s key purposes is to make sure that any new development is climate-smart and doesn’t damage water quality or marine ecosystems.

For example, if people lease land, they have to re-vegetate bare soil to decrease the amount of runoff. People have to install water catchment systems so that precious freshwater isn’t squandered. New residential building codes might require hurricane clips, steel connectors that keep your roof attached even in high winds.

Pacific Islanders have been forced by warming circumstances to adapt to new ways of doing things. Other parts of the world would be wise to take a page from their book before they have to.

This site uses User Verification plugin to reduce spam. See how your comment data is processed.
Savon naturel agadir 2022. Statistics. Hubspot is a highly integrated marketing system to work with.