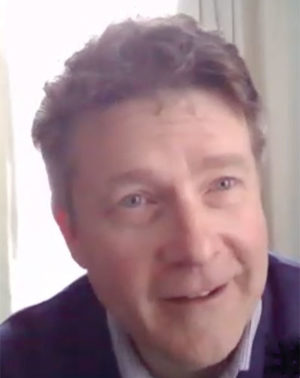 The advent of climate change spells disaster for many regions, especially in coastal areas and the West, where a long-term drought appears to be developing. But in some regions reaching across the northern U.S., cities are poised for what could be a migration from struggling regions. Meet Brendan Mehaffy, executive director of the City of Buffalo’s Office of Strategic Planning, who explains how the upstate New York city is preparing and planning for growth as people seek safer places to live as the climate changes.

Buffalo has a temperate climate with 25.18 inches in annual precipitation — part of which falls as 93.4 inches of snowfall — and an annual average high temperature of 71 F and low of 26 F. That, along with the city’s 570-foot elevation that insulates it from rising seas, makes it an attractive destination during the climate crisis. How will the city manage its growth to preserve the lifestyle and social equity it enjoys today? Brendan shares some details about Buffalo and Erie County are preparing to grow the walkable city, develop local food sources, and support green business.

A key advantage Buffalo enjoys is that hydropower from Niagara Falls provides an energy surplus today. This has attracted, among other startups, a $298M hydrogen production facility, Plug Power, that will rely on hydropower to refine its hydrogen fuel. In addition, the city has reduced its greenhouse gas emissions by 36% compared to 2005 levels and is working to meet the 50% target set by the Paris Accord by 2030.

If parts of the country considered climate havens — such as the Great Lakes region in the northern U.S. — do experience an influx of climate refugees, how will cities in those regions respond? As the second-largest city in New York with a population of 278,349 in 2020 — and 1.1 million people living in the Buffalo-Niagara Falls metro area — part of Buffalo’s challenge is to manage its growth.

Learn more about Buffalo and its climate plan at http://www.buffalony.gov/.

This site uses User Verification plugin to reduce spam. See how your comment data is processed.
The most common types of diabetes found today are type 1 diabetes, type 2 diabetes…. Yes! perfect gifts for garden? get the perfect gift ideas for garden.