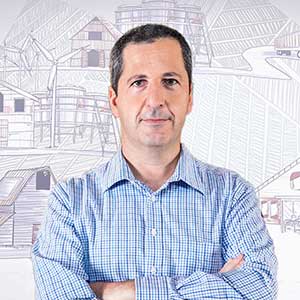 Meat production accounts for the lion’s share of greenhouse gas emissions in the human food supply. Meat represents 57% of greenhouse gas emissions generated by feeding people, according to a recent study published in the journal Nature Food. Yaakov (“Koby”) Nahmias, is the founder and president of Future Meat Technologies, an Israeli company that grows meat from animal cells in bioreactors. Future Meat recently achieved an important goal, producing meat for less than $6 a pound its meat — it claims that its meat produces 80% less GHG emissions, used 99% less land, and 96% less water than traditionally farmed meats.

Koby discusses the potential for low-cholesterol, perfectly marbled or novel meats grown in the lab, as well as the energy and environmental issues involved in achieving large-scale meat production that could displace traditionally grown beef, chicken, pork, and seafood. The company ended 2021 by closing the largest venture investment in the history of lab-grown meat, $347 million — the funding will get them to market and help build a U.S. production facility. We may be seeing Future Meat on store shelves by 2023, he says. You can learn more at future-meat.com